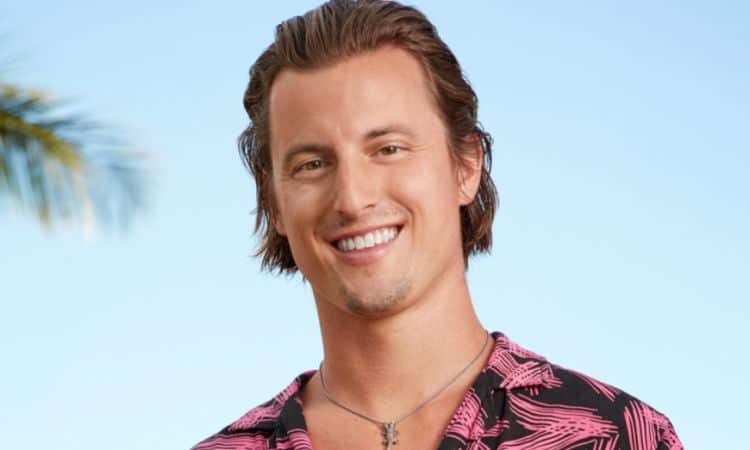 Mike Melnick might not be a name you recognize, but you will in a moment. He is the son of an actress and a film editor, and he is an athlete, a guy who loves adventure, and a man who loves theater and music. He is not afraid to take another man’s girlfriend or to put himself out there, and he is one of the new stars of the show Temptation Island (the fourth season).

He’s a DJ, and we have a feeling it’s because he loves the party life. We get the impression from Mike that he enjoys being out at night, meeting new people, and hanging out listening to music. What would be better than this? However, he’s also a man who works in the software industry as a day job.

2. He Loves the Board

And by that, we mean he loves the skateboard. It might be one of his favorite hobbies, and that’s great. Having hobbies as an adult is so important – and it’s so important you don’t allow your time to focus on hobbies to expire when you become an adult with so much else going on in life. He loves the board, and he uses it as often as he can.

3. He is a Business Owner

In addition to working on his skating, to being a software employee, and a DJ, he’s also a man who began a business. His business is a videography business, and he loves it. His company focuses on filming events such as concerts, though he is clear he will film other events, too.

4. He is from California

Marina Del Ray is the name of his hometown. No one is surprised he is from California. He comes across immediately as a laid-back California-vibe kind of guy, and he doesn’t mind that one bit. He’s very much into what he loves, and being in this area of the country is part of who he is.

5. He Has No Problem with Breaking Someone Up

If he is being honest, and he is, he has no problem getting into a relationship with a woman who is already in one and making it work for himself. While there are many people who would politely decline being involved with someone who is already involved with someone else – something about that sends some serious red flags up, does it not? – he is not that kind of guy. He doesn’t care. If your girlfriend is more into him than you, he’s fine with that outcome.

If we are being completely honest here, the couples going onto this show together are not in good relationships. If you ‘question’ your relationship’s seriousness and trust and feel the need to see if you can make it through living with a bunch of singles without giving in to temptation – that is not your person and this is not your forever relationship. Mike agrees. He said in an interview that if he “were coming into the show as a part of a couple, it would be an indication that the relationship was sh*t,” and we agree.

7. He is Newly Single

Well, not newly. He was newly single when he chose to apply for this show, though. He was a man in a relationship for more than five years when things ended – did he end it, did she end it, or was it mutual? We don’t know. However, he was putting himself out there to find love again.

8. He Did Not Skate for Some Time

We mentioned he has time for his hobby, skating, but did we mention he was so good when he was younger than he had sponsors? He ended up injuring himself severely, however, and he had to quit. He didn’t skate again for a long time, but he found solace in it when he was in the midst of torturous California pandemic lockdowns.

His job is one he loves because he works online and has a lot of freedom as a result. This kind of freedom allows him to focus on his passions and interests, and it’s something that he does not take for granted.

10. He is an Adrenaline Junkie

He says it. He did break his back playing college sports, and he did not let that stop him from doing all the things that he does in life. He lives his life to the fullest, and he has no problem with the daring, risky, adventurous things that life has to throw at him.