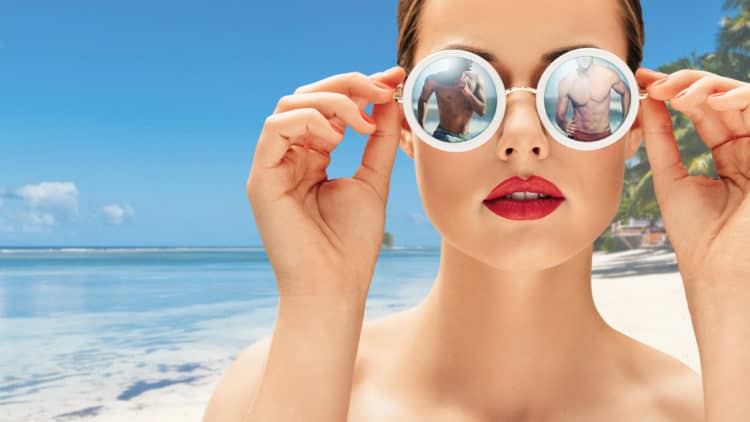 For those who are unfamiliar, Temptation Island is an old reality TV show that has managed to make a return to the TV screen and is just as popular as ever. In short, the whole thing started out as an American adaptation of a Dutch reality TV show called Blind Vertrouwen meaning “Blind Faith,” which proved to be popular enough that it received a number of adaptations in a number of countries. Initially, Temptation Island was a rather controversial show. In part, this was because the TV landscape of those times was nowhere near as saturated with reality TV shows as it is now, meaning that interested individuals weren’t quite as accustomed to them. However, it should also be noted that the original TV network wanted the controversy because the hope was that it would serve as a driver for viewers to check out what was so controversial. Unfortunately for them, Temptation Island didn’t exactly meet with the most enthusiastic of responses, which is why the initial version started up in January of 2001 and came to a conclusion in September of 2003.

As such, the Temptation Island that can now be found on the TV screen is the second version of the show. Naturally, this means that it is both similar and not so similar to its predecessor. In the original version, the participants lived with attractive singles of the other gender, thus constituting the “temptation” in Temptation Island. Now, the new version has been touched up a bit, as shown by how the premise is now participants testing the strength of their relationship with their romantic partner by splitting up so that they can date other people for a time. Of course, this means that Temptation Island is one of those reality TV shows that bring in viewers through their drama, particularly since it has already built up something of a reputation for that through the dramatic occurrences in its very first season.

Is Temptation Island Real or Fake?

Some people might wonder if Temptation Island is real or not. If so, there doesn’t seem to be any stand-out evidence to support one side or the not. However, reality TV shows being reality TV shows, it seems reasonable to say that the burden of proof rests on those who believe them to be real:

Fundamentally, reality TV shows exist to make money. The more people who watch a particular show, the more commercial potential possessed by that show. The more commercial potential possessed by a show, the longer that said show can be expected to last. As such, a reality TV show’s explicit or implicit claim of being a faithful representation of real occurrences involving real people is a secondary goal at best, assuming that it isn’t altogether subordinated to the primary goal of maximizing its commercial potential. Certainly, a reality TV show can have real elements to it, particularly since either reality or the semblance of reality is one of its big selling points. However, when that realism conflicts with a reality TV show’s primary purpose of making as much money as possible, it isn’t hard to guess which of those two things will lose out.

The People Behind Reality TV Shows Aren’t Above Sowing Drama

Of course, when a reality TV show is founded upon bringing in viewers by providing them with plenty of drama, it should come as no surprise to learn that the people behind said reality TV show won’t hesitate to sow the seeds of drama in one way or another. Sometimes, this process can be very subtle. For instance, there are plenty of people who participate in reality TV shows because they enjoy doing so. This could be because they want to revel in being the center of attention or because they want a shot at becoming a TV personality. Whatever the case, said individuals have enormous incentive to make themselves as memorable as possible, which tends to mean getting themselves involved in as much drama as possible even if that isn’t necessarily how they would act in real life. Thanks to this, the result is increased drama through very subtle but nonetheless very effective incentives on the participants. With that said, the people behind reality TV shows are also perfectly able as well as perfectly willing to use more direct methods to create drama for the viewers. In some cases, this means changing the format of the show to encourage the participants to get involved in dramatic shenanigans; in other cases, this means the much more straightforward approach of telling people what needs to be done as well as how it should be done.

The Editing Can Make a Lot of Difference

Ultimately, what people see on the TV screen won’t be more than a very small portion of the footage that has been filmed of the participants. Furthermore, said footage is the product of considerable editing meant to make it more watchable in more than one sense of that particular word. First, the editing is supposed to turn it into a coherent product with a coherent narrative. Second, the editing is meant to inject it with as much drama as the decision-makers want out of the reality TV show. Suffice to say that good editing can do a great deal to change the viewer’s opinion of what has happened as well as why it happened. Something that the people behind reality TV shows have put to excellent use over the years. Of course, it should also be noted that some reality TV shows are willing to go beyond not entirely truthful editing by just straight-up staging the scenes that they want for their shows. After all, it can be difficult to get all of the shots that they want for their product, meaning that staging is a much more practical solution.

Ultimately, it is unclear how real or how fake Temptation Island really is because not enough information has come out about what its production process looks like behind the scenes. However, considering the track record of reality TV shows as a whole, it seems reasonable to say that what people see on the TV screen isn’t a 100 percent faithful representation of what has really happened.