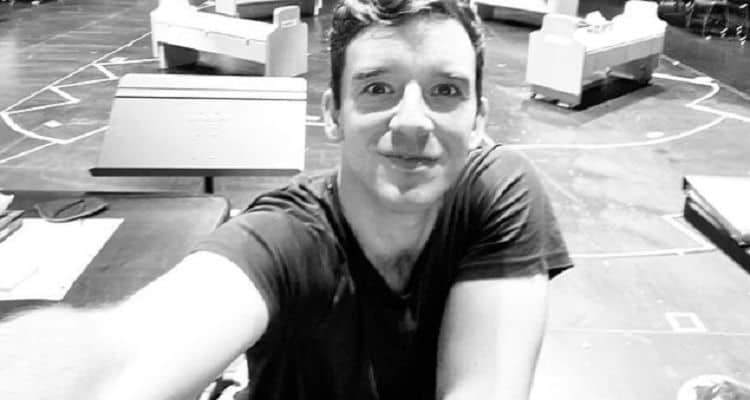 If you did not know Michael Urie prior to his role in “Ugly Betty,” we can assure you that you knew exactly who he was when he took that role. He made Marc St. James fabulous. He was so good, so beloved, so awful, and so amazing all at the same time as a character, and it’s impossible not to love what he did with that character. Michael Urie is one of the most talented young actors in Hollywood, but he is probably someone you know very little about. We’ve done our homework, and we are bringing you everything you need to know about Urie.

He might look like he’s much younger than he is, but we were even shocked to learn he is in his 40s. Michael Urie was born on August 8, 1980. He celebrated his 41st birthday in 2021, and he still shocks us when we realize he’s in his 40s.

He’s a born and raised Texan. He was born in Houston in the 80s, but his family raised him in a smaller town called Plano. While still not a small town, he had the traditional Texas upbringing, and he made good friends and memories while he was there.

Following Urie’s high school graduation in Texas, he did not go far from home. He enrolled in courses at the local community college. When he finished his education at the Collin County Community College, though, he did a big thing. He applied for acceptance into Juilliard. He was accepted, and he graduated from the prestigious establishment in 2003.

4. He’s Part of the LGBT Community

In his own words, he described himself as a member of the LGBT community back in 2009. He made this announcement via his own website, and he later said that he identifies as queer. He was with both men and women in his life, and while he was with a man when he made this announcement, he also made it very clear to his fans and followers that it also never felt wrong for him to be with a woman.

5. He’s In a Christmas Movie

If we are being honest, we cannot wait to see this one. Urie stars as the main character in a new movie called “Single All the Way,” which is just what our Christmas hearts yearn for. He’s tired of his family judging him for always being single, so he convinces his best friend to pretend to be his boyfriend when he goes home for the holidays. The problem is that he then finds himself on a blind date with another man who he really is falling for, and now he is caught in a major lie. The movie stars Luke Macfarlane, Kathy Najimy, and Jennifer Coolidge, and we literally cannot think of a better cast.

6. He Wanted to Direct

Growing up in Plano wasn’t exactly the best place for a kid who is into the arts, but he did have a school theater program that he joined. He was looking to become a director, but since there were not many boys in the school theater club, he often found himself needing to be on the stage as an actor. He wanted to direct, but he loved the act of being on stage.

He’s so hilarious, and he loves it. He remembers a time when he was in high school and his character elicited a huge laugh from his audience in a play, and he just felt like if he could do that for the rest of his life – make people laugh like that – he’d be golden.

8. He Loves the Cast of his Christmas Movie

Of course, so do we. It’s a stellar cast of some of the world’s most fabulous and talented actors and actresses, and we think that they’re going to make this one a huge success. We cannot wait for it to drop on Netflix on December 2. It is going to be everything.

You can disagree with us if you want, but we doubt you will. From his time on “Ugly Betty,” to his current role on Netflix, you cannot argue that he has the most amazing way of taking a character and turning it into something so amazing. He can be mean and spiteful (as he was sometimes in Ugly Betty) but he does it in a way that makes him so lovable and amazing. He’s just amazing.

When it comes to his own personal life, he’s not hiding anything from anyone. However, he is also wise enough to know that not everything he does at home is the business of anyone else. So, while he’s not hiding anything from his fans, he’s also not sharing every detail of his life. It’s a refreshing change in a world filled with people who share every single moment of every single thing they do.