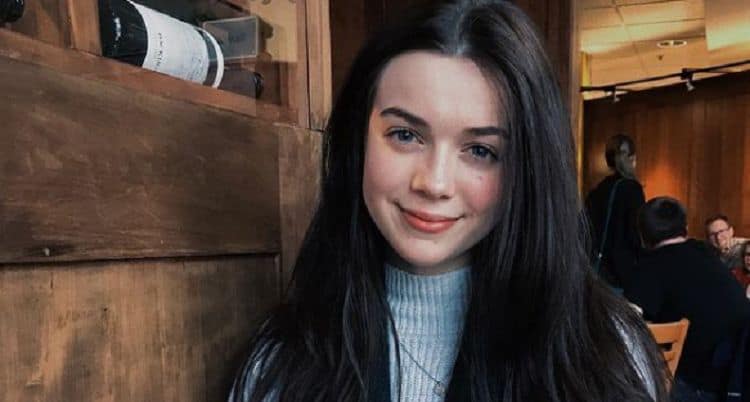 Megan Best is just getting started with her acting career, but she truly couldn’t have asked for a better start. Since making her on-screen debut in 2018, Megan has been doing her best to show the world that she’s here to stay. Although most of her roles have been on the smaller side, Megan is sure to put 100% into everything she does and she’s hoping her hard work will pay off. If you aren’t familiar with Megan, she’s definitely someone you’re going to want to add to your list. In the years to come, we will probably be seeing a lot more of Megan on the big and small screens. Keep reading to learn 10 things you didn’t know about Megan Best.

Unfortunately, there doesn’t seem to be any information out there on Megan’s upbringing or exactly where she was born and raised. However, we do know that she is from Canada. In fact, most of her acting roles have been in Canada-based productions. From what we can tell, she still lives in Canada.

The earth is a beautiful place, and there’s a lot more to it than most people realize. Megan is the kind of person who loves a good adventure, and she wants to see as much as possible. When she isn’t busy with work, you can usually catch her outside enjoying a beautiful day.

3. She Almost Has 10 Acting Credits

Megan has only been acting professionally for a few years, but she has used that time to take advantage of some great opportunities. According to her page on IMDB, she currently has 8 on-screen credits to her name. That list is definitely going to grow in the future.

We didn’t find any information to suggest that Megan has ever been interested in making music, but we do know that she loves to listen to it. She has diverse taste in music and she loves putting playlists together. Occasionally, she will share some of her favorite songs and let her fans know what she’s listening to via social media.

They say that “a picture is worth a thousand words” and Megan would probably agree with that sentiment. Taking pictures is one of her favorite things to do and she definitely has an eye for it. She especially loves to take pictures of beautiful scenes out in nature. Megan even has a page on VSCO where she shares a lot of the pictures she’s taken.

The entertainment industry is full of people who love sharing almost every detail about their life with the world. Megan Best however, isn’t one of them. Since starting her career, she hasn’t shared any personal information about herself and it doesn’t look like that’s going to change.

Typically when an actor has gone to a theater or drama program, they will proudly represent their alma mater. However, we weren’t able to find any information on if or where Metan received her acting training. We also aren’t sure what inspired her to get into acting in the first place.

8. She Hasn’t Done Any Interviews

Doing lots of interviews typically comes with the territory of being a professional actress. Surprisingly, though, Megan has managed to get by without doing any. If he has done any interviews, they haven’t been posted online. As she gets further along into her career, however, she will likely have lots of opportunities to be interviewed.

Even though we don’t know any specific details about her family, we do know that Megan is close with them. She has shared some pictures of her loved ones on social media, and it’s clear that they all have great relationships. It appears that she has one brother named Ryan. He is an anaethesiologist.

In life, it can be very easy to develop a negative attitude. Not only are there bad things going on in the world on a regular basis, but working in the entertainment industry also comes with lots of ups and downs. Despite all of that, Megan is the type of person who always does her best to see the bright side of things. She is thankful for every opportunity that has come her way, she she’s looking forward to what the future has in story. Having a positive attitude will definitely come in handy as she continues her acting career.