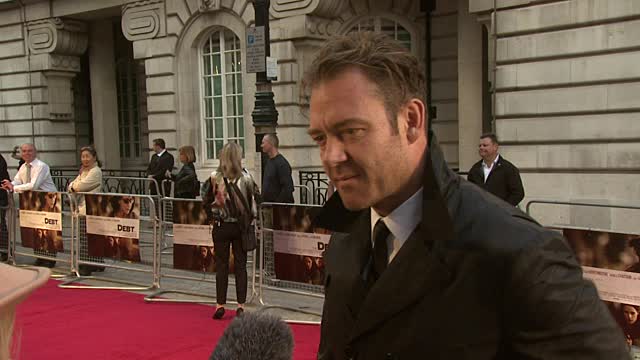 Marton Csokas can be a scary figure in the movies he plays in or he can be a calm and caring individual, it’s like putting on and taking off a mask each time he does. But in truth the man is pretty impressive since he’s become one of the greatest stars of his time without having to flaunt what he does all the time and staying at least somewhat humble about his career. He has achieved a great deal and is a great supporting actor that could easily take the lead if he wanted. The films he’s been in are sometimes less than what the box office seems to indicate are great but his performances are always top notch since he puts as much as he can into each character and doesn’t skimp when it comes to remembering the details of each role. One thing about him though, he does play a very terrifying villain.

10. He co-founded his own theater company.

This is pretty impressive since it means he’s decided to branch out and invest in other things as well as his career. It would seem that a lot of actors are thinking ahead these days to what life will be like should their career ever become the lesser part of their life. It is a smart move as well since it gives him something else to rely on.

9. He was in The Bourne Supremacy.

His role as a stone-cold killer is sometimes a bit unassuming. He’s not a small guy but he’s not a super-buff and terrifying individual either. He’s scary because he could be your next door neighbor and yet in some movies his character can kill in numerous ways.

7. He was in Kingdom of Heaven.

It was so easy to despise his character in this movie since he was entirely vain and was all about his own glory. Plus the act of marching an army into the desert, directly into the territory where his enemies knew how to fight and how to survive, was rather foolhardy.

6. He holds dual citizenship in Hungary and New Zealand.

It would seem he comes to America to act for the most part and resides in either country depending on what’s going on in his life. It almost seems as though dual citizenship would be kind of difficult but there are more than a few people that have done this.

5. He was in The Equalizer.

Here’s where he gets to be scary again since he’s not the biggest guy in the room but he’s the most forthright and he’s definitely the craziest since he doesn’t care that there are two guys with guns that could drop him in an instant. Of course having his own guy with a gun is helpful.

He’s played Sinestro in a Green Lantern game and you can imagine that his voice is just as creepy coming from a video game character as it is in live action. The guy knows how to act and he knows how to be a bad guy without fail.

3. He came from fairly humble origins.

His mother was a nurse and his father was a mechanical engineer, so he did come from what seems like a very good home but one that wasn’t rooted in show business. Still, it seems as though he had a good base from which to begin his life.

As a bad guy his use of tactics and intimidation tends to make him a lot more successful than many bad guys that are just big, mean, and nasty. His characters usually have something up their sleeve and sometimes even have subordinates that are just as crazy as he is.

1. He starred in Into the Badlands.

With some dukes it’s easy to see how they might be construed as the bad guy and Quinn is really no different. He will gladly cut down anyone that stands in his way and show no remorse whatsoever. But labeling him as the worst is kind of premature since there are other dukes in this show that are just as bad if not worse. In terms of how bad he really gets the scale kind of slides up and down throughout his time on the show.

Marton Csokas is definitely one of the better actors that can seemingly come out of nowhere and just be extremely useful as a bad guy, or a good person if you really need him to be.