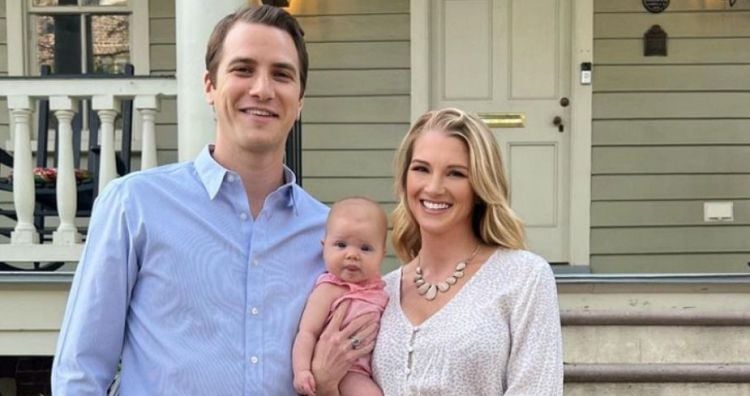 Marcie Hobbs has only been on television for a moment. In fact, she’s only been on television since June 23, 2022, but we’ve been following along since. She’s the kind of woman who makes us all feel a little bit better when we see her, and it’s because she is clearly delightful. At the moment, we cannot think of anything more fun than getting to know the new reality star who is living and working in Charleston, starring on Southern Charm, raising a new little girl, enjoying her first full year of marriage, and really just making things happen in the real estate business. Here’s what we know about television’s newest sweetheart.

1. She is a Reality Television Star

We all know her from the hit show Southern Charm, where she has been making friends and fans since day one. She’s the kind of woman who just makes people want to follow along with her journey and get to know her, and it shows. She’s just a friendly type, and she’s someone fun to follow.

She’s a Charleston southerner, but she’s also someone who has lived all over the world. She doesn’t like to put herself in a box by any means, so she simply does not. She lives where she wants, when she wants, and she always calls Charleston home. It doesn’t matter where else she is; Charleston is home.

4. She is in Real Estate

She is a successful real estate agent, and she knows it. She is one of those women who is so good at what she does that she isn’t doing anything over-the-top to make it work. She just has good business sense, and she’s killing it.

She married her husband John in 2021, and she’s still but a newlywed. In fact, she’s a newlywed and a new mom at this point. She and her husband had their first child last year. They wed in May of 2021, and they welcomed their little girl December of the same year.

Prior to becoming a reality star alongside her cousin, she was a model. She was living and working in LA for some time, and she was into the modeling and acting world. However, she’s been in real estate even longer, and it seems that is where her passions and her talents lie. She’s likely good at all she does, but this is where she really excels.

Before she was a real mom, she was a dog mom. She’s had a dog for many years, and it’s clear that her pup is her first baby based on social media photos and the like. The dog’s name is Harper, and Harper is nothing short of absolutely adorable.

8. She is Close to Her Family

While at the end of the day there really is nothing more important than family, she seems to be the type who realizes this. She is close to her family, even her cousin Shep. He’s been part of the show since day one, and that means he’s been someone the world has gotten to know well. We all know that he can be a little bit temperamental at times, but he is close to his cousin and always respectful of her.

You can always tell when someone is genuinely happy, and she strikes us as the type who is genuinely happy. She loves her daughter, her husband, and her dog, and there is just nothing we don’t appreciate about all of that. They are clearly close, and it shows.

We know that she’s likely very good at keeping the most private details of her life to herself, but we also know that she is someone who is also happy to share the good with the world. She’s so cute about her photo sharing, giving us glimpses of her life and the person she is, and we adore this. She seems happy, and that makes us happy.