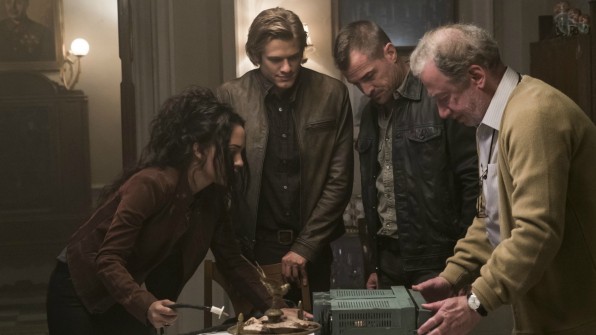 Ever wonder what MacGyver and Jack Dalton would be like in 50 years? Sure we know how strong their bromance is now, but how will their friendship and partnership have evolved in a few decades? This week the two get the chance to see their future personified in the form of two former Russian spies. We have an inkling what these two will be like in their golden years. The real question is how many new tricks MacGyver will have developed by that time.

The Phoenix Foundation gets word from an agent on the ground in Russia that retired Colonel Â is a little too eager to restart the Cold War. MacGyver has to walk Agent Bannister, via Skype, through opening a crate which has high levels of radioactivity. A Soviet warhead sounds like a pretty good way to restart the Cold War. It’s so old, so proprietary, that not even MacGyver and Riley can figure out a way to crack it. What they need is the original bombmaker Alexander Orlov. He’s not busy these days. The most covert work he’s doing these days is breaking into the TV remote at his retirement home so he can turn up the sound on The Price is Right. Thornton feels responsible when Agent Bannister is killed, so she works the case with a particular zest. While Thornton tracks down the terrorist through his courier, MacGyver, Jack, and Riley track down the old Russian.

He’s basically an old version of MacGyver, just a little less quick on his feet. He knows all the tricks, but does them with an accent. He’d like to help, but he only has half the code for disabling the bomb. His old partner has the passwords for the code. Think of Viktor Revkin is the old school Russian version of Dalton. He keeps pulling out one gun after another! The two haven’t spoken in decades over a misunderstanding of trust, which ultimately tore their friendship apart. Once in Russia, the team has to find an old school Russian computer. MacGyver has to find a way to make it portable just in case the bomb isn’t placed near a power plug. Viktor and Orlov reminisce about the old days, while managing to heal old wounds over the misunderstanding which separated their partnership. Then things start to go bad. Orlov is kidnapped by the Colonel, who is intent on making more bombs to restore Russia to its former glory. Once the Phoenix Foundation finds out where Orlov is, they storm the place hoping they have enough time to stop the bomb. Unfortunately while trying to buy Orlov enough time, Viktor is shot. He dies in his best friend’s arms.

The issue of trust was prevalent in this episode. MacGyver’s friends get together for an intervention after Bozer finds a program on his best friend’s computer running a search on Nikki. Of course Bozer believes that Nikki is dead, so he thinks that this is apart of MacGyver’s grief. Everyone else knows differently. Jack is a little annoyed that MacGyver lied to him about letting it go. MacGyver would do better to do just that, and maybe pick up his former romance with ex Penny Parker. Given everything that happened with Orlov and Viktor, MacGyver and Jack agree to no more secrets.

Will Jack and MacGyver still be together 50 years from now?

MacGyver and Dalton get a sneak peek at their future when they meet their geriatric, Russian counterparts. 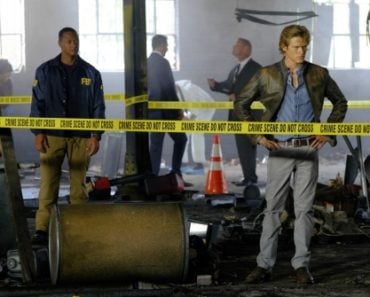