Home
Television
MacGyver
MacGyver Review: How To Keep the Man Alive Who’d Like to Kill You 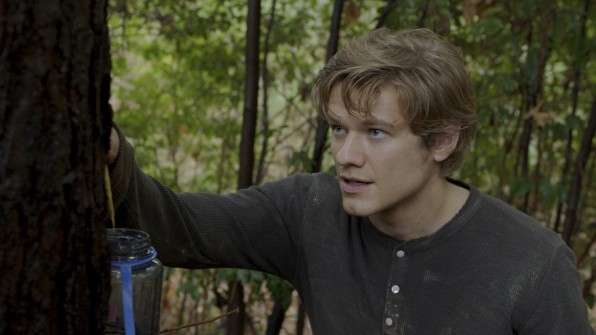 What does a secret spy organization do when their director is arrested for treason? Evidently go back to business as usual while they wait for a new boss. Just because Thornton is gone, doesn’t mean the Phoenix Foundation stops working. That doesn’t mean that their plans work well. Luckily MacGyver thrives in an environment where he has to improvise, even if his partner would prefer their plans go well the first time around so they don’t have to risk their lives as much.

In the field in Kazakhstan Jack and MacGyver capture a war criminal to bring him back to the U.S. They barely get into the air when their helicopter is targeted by missiles. Mac does some quick thinking to take out the missiles, but the blowback from the blast takes down the helicopter. Jack, MacGyver, and their pilot Cynthia crash 50 miles from the Kazakhstani border, sans war criminal, with no way to communicate where they are. Riley and Bozer struggle to keep it together while their friends search for a criminal on the run with Jack’s gun. How do you survive circumstances which are too scary to deal with in the moment? Riley and Bozer joke about Mac making a coconut phone while Mac bugs Jack about not speaking up before Sarah got married. Let’s just call it a survival technique to deflect.

No amount of denial or deflection is going to help the trio in the jungle when they are trying to catch a killer and his comrades join in the hunt as well. Riley and Bozer send a rescue squad to comb the area, but an impending storm and a psycho on the loose makes it impossible for the trio to make themselves known. They have to risk it when Cynthia develops hypothermia and needs a fire to survive. The time that passes between all of this gives MacGyver time to capture the criminal, but the satellite phone MacGyver was trying to charge shorts out. He literally has to create lightning in a bottle (and risk being struck himself) in order to charge the phone to get a message to Riley.

Now that Thorton is in prison awaiting trial for treason, the Phoenix Foundation needs a new director. Thornton’s replacement is Matilda “Maddie the Hun” Webber, former head of CIA Covert Operations. This means that Jack is very familiar with her, which is why he compares her to Dracula. Bozer postulates that because he and Riley were both hired by a criminal under strange circumstances. When Jack and Mac make it out of the woods to meet their new boss, they sort of wish they were back there. She may be small in stature, but anyone who puts Jack and MacGyver in their place is definitely someone to watch out for.

We’ll see what Director Webber defines as “fun” in the coming weeks.

MacGyver and Jack struggle to stay alive in the wilderness while awaiting the arrival of their new boss.