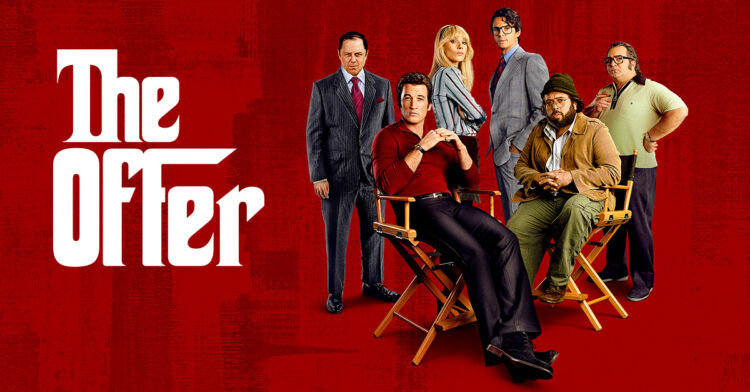 Dramatizing something like the making of The Godfather is always going to pull in a lot of different types of people, usually because some were around when the movie was still being made, and some still don’t know enough about it. Several things were going on at that time and several social issues that took place when the movie was still being filmed. But how accurate the limited series on Paramount+ is could be one of the biggest sticking points that a lot of people are willing to talk about. After all, dramatizations tend to get a lot of flak for getting things ‘wrong’ quite often, since people love to get butt-hurt over the smallest details and feel the need to point out the most glaring inaccuracies. It’s understandable in a way since those who love realism in movies and TV would see an issue in the representation that was given in this series. But from a more practical standpoint, The Offer was an interesting look into the making of a movie that didn’t have the faith it needed initially but became a sensation that many people remember to this day.

How real this show is doesn’t carry nearly as much importance as the entertainment value, at least from one perspective, since the actors selected to fill each role performed wonderfully. The tableau that was created might be over the top, but it worked in a big way since it tells a story that was true in many ways, but might have been given a lot of embellishment and exaggerated movements here and there. The actors made this series enjoyable since each one of them, no matter if they were right for the part or not, stepped into the role they were given in a manner that created enough of an emotional response from the audience to be called successful, as they gave just enough of themselves to make each part work in a very convincing way.

Miles Teller has been on a roll lately with his career, and it’s been fun to watch him take on the role of one person after another since his turn as Rooster in Top Gun: Maverick and his time in the Netflix thriller, Spiderhead, make it clear that he’s come a long way since some of his earlier roles, such as Reed Richards in 2015’s ill-fated Fantastic Four movie. There’s no doubt about his acting skill, but he has been cast in a few movies in the last decade that just weren’t as great as they needed to be. But his turn as the producer, Al Ruddy, was fun to watch since he portrayed a man that was ready to deal with show business but had obviously dove into waters that were not only a bit choppy but were filled with ravenous sharks that wanted a piece of him at every turn. Between his bosses and the Mafia, Al had to navigate his way through murky waters for several years to get to where he wanted to be. As far as the whole story is true or not, it doesn’t really matter at this point since the show was about depicting history through a different lens that allowed people to enjoy the more interesting moments.

Those that are willing to grouse about how the series might dip from reality now and then might need to recall that this is a dramatization, and isn’t bound to be one hundred percent accurate. To make it interesting, there are times when history has to be omitted or added to keep people watching. But there’s no denying that folks who existed within the Mafia had a few issues with the movie, to begin with, as it did feel as though the movie might have painted Italian-Americans in a poor light. But when all was said and done, The Godfather became a movie that many will agree is hard to forget, and even harder not to like. There were plenty of moments in the series that were real enough, such as the fight over Al Pacino being given the role of Michael Corleone.

The truth is that he wasn’t thought of as good enough for the role, and his size was a bit of an issue. But apart from that, there were factual accounts and glamorized moments in the series that made it shine in a way that was a lot of fun even if it wasn’t one hundred percent true to form. If there’s anything that needs to be said about this series, it’s that what goes on behind the screen is often up for debate since without every moment being documented, there’s no telling how much hearsay might be accurate, and how much might be a lot of posturing and guesswork. At this point, all anyone can do is accept what they’re given, or make up their own story.