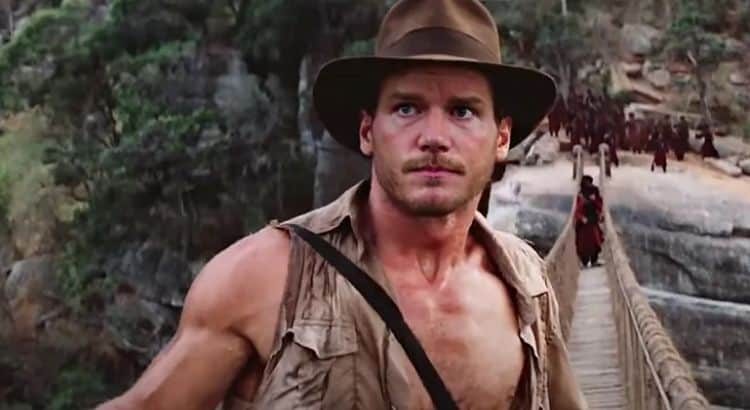 Fans aren’t always the most reliable sources to go by when it comes to who should take on a role and who shouldn’t, which has been made abundantly clear over the years as some of the actors that have been praised for their roles have been awful, and some of those that have been heavily criticized have been great. This is something to keep in mind now that it’s been announced that Chris Pratt, Mr. Star Lord himself, will be taking on the voice of Mario in an animated, self-titled movie that will showcase the famous, red-shirted plumber as he and his brother Luigi, who will be voiced by Charlie Day, will be head into another adventure. Thankfully it will be animated this time since the live-action movie back in 1993 with the late Bob Hoskins and John Leguizamo was all kinds of terrible as many fans can agree. There are a certain number of fans that aren’t convinced that Pratt is the right person for this role, however, which isn’t too surprising since casting decisions don’t always appeal to everyone when it comes to whoever’s been selected.

But in the interest of keeping things animated and giving them a cartoonish feel, it’s fair to state that Pratt should be able to do just fine. Altering his voice a bit is going to be necessary, so it’s fair to think that we’re going to have to listen to what he’ll be bringing to the movie before making any solid decisions on whether or not he’s that great. So long as he can come up with a voice that really fits what people expect of Mario, then it shouldn’t be that big of a concern. If he bombs it then obviously there will be a reason to say something. But the unfortunate fact is that a lot of people are bound to say something no matter if they’ve thought it through or not.

Considering that Pratt is one of the most popular actors in show business right now it’s not too hard to imagine why anyone would think that he would be able to take on this role, but also not that difficult to think that he wouldn’t be the first choice of a lot of people when thinking about the popular plumber that’s been a  constant presence for Nintendo for so long. Someone must have thought that for one reason or another, Pratt might have been the type of person that could bring a little more star power to this upcoming movie and could even pull it off and make the doubters be silent for just a little bit. That would be a nice trick to see if it could happen since like it or not, people are going to talk and they’re going to say whatever comes to mind most times, even if it’s not the most polite or even uplifting comments that could be dredged up. One thing to remember is that fans are fans so long as they have the desire to be. People can change their minds in a very short amount of time, and while it’s still easy to get them back, the only reason to do so is to keep them paying for what they want to see. That is pretty cynical, but it’s the truth as well.

Given his track record though, Pratt excels at defying expectations since he’s kind of made a career of this ever since he was cast in Guardians of the Galaxy vol. 1, especially since after his time in Parks and Recreation it was wondered by some if his casting in the MCU was all that wise. So far he’s done plenty to make sure that people have little to no reason to doubt him and has forged ahead in a way that’s been insanely impressive. Not everyone happens to like Pratt, but he’s won over quite a few people over the years since switching it up and becoming a superhero. Where he’ll go from the MCU once GoTG vol. 3 is over and done with is anyone’s guess, but perhaps he’ll start taking on more projects like Mario that will stretch his talents and take him out of his comfort zone a time or two.

Whatever happens at that point it’s fair to say that Pratt is going to be excelling at just about anything he does since his career has been on a steady climb for a while now and has so far allowed him to reach a point at which he’s adored by thousands upon thousands of fans. After we see how he does with the role of Mario it may or may not be deemed acceptable by the critics and the fans, but at the very least he’s giving it a shot, and it’s bound to be better than the live-action version, with all respects to Bob Hoskins and John Leguizamo.