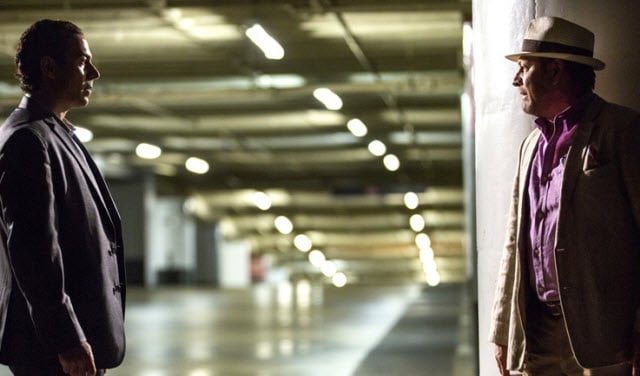 I don’t know how many more ways I can write a Legends review. Every week (save for a merciful, mirage-like two week oasis) has been truly terrible. Not a single part of this show makes sense. I keep saying it’s terrible but TNT just won’t cancel the show.

(Y’all lucky as a mother because this review was ten times longer and fifty times more obnoxious and the internet ate it. I had to re-write from memory. Y’all missed out on a Rembrandt)

PLOT: Martin Odum and the team are tasked with protecting a Saudi Prince from being killed. They come across a women’s rights advocate (UGH). They think she’s gonna try and kill him. She doesn’t. They fail. The prince dies.

1) The cold open of the episode involves a young man and a man flying a drone. The young man happens across drone-flying man and asks him if he can take the drone for a spin. Drone-man says no, but allows him to help launch it in the air. The young man (who is MAYBE in his early twenties, but probably younger) helps drone-man. Drone-man then flies the DRONE RIGHT INTO THE YOUNG MAN (who is barely out of puberty and still a baby as far as I’m concerned) AND BLOWS HIM INTO PIECES. WE SEE BITS OF HIM FLY AWAY.

Now, this really pisses me off. Not only is it ridiculous, it’s also exploitative. What’s the point of this kid dying? This baby, this child, this teenager, who just happened along. Was the man planning on blowing someone up to test his drone? Is it really that smart to murder an innocent and blow up a bomb just to test your drone? Wouldn’t someone hear the boom?

They murdered that kid because they thought it was edgy and impactful. It was disgusting, and not in a way that matters.

(These get less dark/serious and more funny, I promise. Well, maybe not the funny part.)

2) One of the antagonists of the episode dead-dropped some information he had no idea he would have.

“But Hunter, couldn’t he have called her/sent a message to her to come get the info?”

Yes, but I’m skeptical of her ability to time travel to his location when he just got the information five seconds ago. Plus, if he could’ve just called/texted her, why not just give her the fu-

Sebastian Egan is total garbage as a cover. He’s a secret, muck-racking journalist that nobody has ever seen? Really? That’s the brand of horse excrement you’re selling me? A journalist who criticizes powerful organizations has never had an investigation launched into him? Really?? In the internet age??? Even the Daft Punk guys have been unmasked, for Christs sake.

4) Constant abuses of the legal system and Bill of Rights

Stop hacking into cell phones; stop breaking into people’s apartments; stop taking so much joy into doing these things; IF YOU QUOTET FRO MTHE F___ PATRIOT ACT ONE MORE TIME JUST ONCE MORE I WILL RUN AWAY FROM MY HOME

5) An inability to say the word feminism

This is some ESPN-level cowardice. Women’s rights advocate? Women’s rights activist? THEY’RE CALLED FEMINISTS! ITS FEMINISM! SAY THE PROPER WORDS!!!!! Are you so afraid of pissing off your audience that you wont say feminist? Stop saying women’s rights whatever because you sound like a moron.

OH MY GOD I ALMOST FORGOT. The description for this episode was something like “Martin Odum and the team must protect blah blah blah. Odum comes across a beautiful women’s rights advocate.”

WHAT KIND OF- that is so not even close to what the episode was about!!!! I don’t even know if that was Legends fault or Charters but Legends is getting the blame anyways.

Do not watch this show. DO NOT WATCH THIS SHOW. It is terrible and not getting better. The horizon is bleak; no ships are coming in off the horizon and if you happen to see the Legends ship sink it because it probably contains the plague.

See you next week if I don’t spontaneously transform into a butterfly and fly away from my responsibility to review this show.