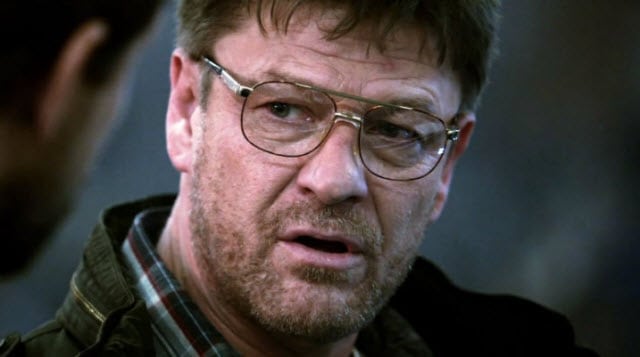 Over the last two episodes, Legends has made great cinematic strides. The clichÃ©s are kept to a minimum, the story flows along with suspense and dynamic tension, and the character beats hit home. I don’t know where this show was in the first two episodes but it is reborn.

I say nearly because this show is still latched onto certain tropes that make me want to vascetimize myself. When Gates tells the director of the FBI about the VX attacks and Odum’s plan to go back in, the director immediately turns into a conservative bureaucrat, and not in an interesting way. His whole existence was to point out the breaches in protocol and be a quick little scare tactic to the audience. It’s boring, it’s stupid, and, once again, the writers should know better.

The most egregious example of ‘tv trope’ nonsense comes at the end, when Crystal McGuire shoots and kills Ana. Ana, who had just killed Yuri for raping her mother. Ana, who had helped stop a terrorist attack. Ana, who HAD BACKED THE PLAY OF THE FBI WHILE UNDER CONSIDERABLE EMOTIONAL TRAUMA. She did everything she was asked of, and when she freaked out about being put into prison, McGuire shot her. What a load of crap.

“But Hunter, she raised her gun!”

First of all, shut up. You’re dumb. She had no intention of shooting. It was suicide by cop all the way and McGuire knew it. Everyone in the bank knew it. You knew it too, anonymous dumb reader.

This was a huge misstep in an otherwise fantastic episode. Bean was on point, Necar Zadegan was on point. Even the Tony Rice storyline, a favorite punching bag of your Friendly Neighborhood Reviewer, was INTERESTING. It all came together perfectly only to have the tropiest of trop crap kick in the teeth.

God it makes me so angry. I was so excited. I really liked this episode. It hit nearly every beat and him them in near perfect sequence. We learned that Yuri raped Ana’s mother, which is why he rescued her from the orphanage. He actually shed real tears begging for her forgiveness. He was willing to murder thousands of innocents to get him and Ana to freedom. We got to see the true depth of the Dante Auerbach legend; brutal, murderous, torturous, Dante Auerbach.

The show didn’t pull any punches. It killed fifteen people to keep the stakes appropriately high. It even had cool action sequences! WHY! WHY MUST IT HAVE THAT ONCE SCENE!

The only thing that scene accomplished was to make Larter’s character seem jealous, idiotic, and incompetent. She’s the shows favorite punching bag. I like Larter and I am angry.

There’s a cool undercurrent of abuse of power in this episode and the last. They really skip past all the regulations and ethics and just do whatever they want to do. Yes, its for a good cause, but with Odum willing to fake an affidavit and them backdating a search warrant and them taking away the rights of Yuri and Ana (as deserved as it may be) it’s painting a complex picture of the work they do.

Let’s just hope they do something with it. I really hope its intentional plotting for the rest of the season and beyond, because if its just the writers living out adolescent right-wing power fantasies I am going to write a really stern letter.