Home
Movies
Karen Is Unintentionally The Funniest Movie Of 2021 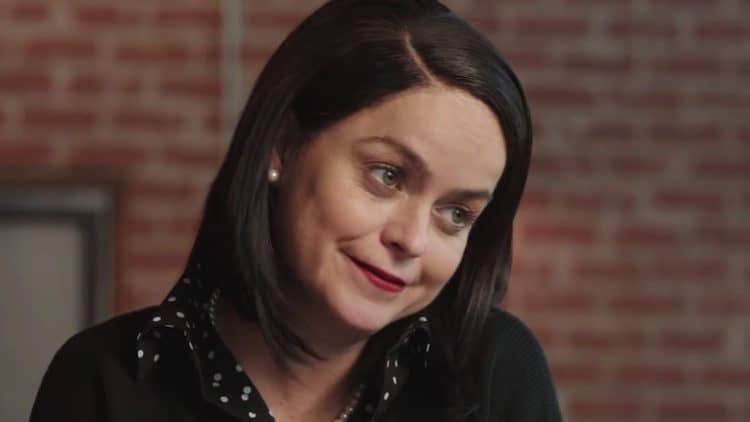 A “Karen” has become a big social-media hot topic since 2020. The internet definition of the word is a middle-aged white woman who makes a big fuss and is not-so-blissfully ignorant. There’s even a CAREN Act – which stands for Caution Against Racially Exploitative Non-Emergencies Act – following numerous racist incidents such as Amy Cooper, a white woman who called the police on Christian Cooper after an odd Ramble at Central Park while she was walking her dog. Despite the coined social media name, the topic at hand is indeed an important issue that’s plagued the Black community for years, so a movie exploring this topic could’ve really added an important voice to the subject.

The problem is, Karen doesn’t add a single thing of value to the conversation. In fact, Karen is easily one of the funniest unintentional comedies I’ve seen this year. At least I think it’s not trying to be a comedy. There are moments when the film seems like it’s trying to be satirical. Karen centers around Karen Drexler, who’s a racist white woman who goes out of her way to make the new Black family’s life a living hell once they move in next door to her. The fact that the antagonist’s name is Karen alone screams everything that is wrong with this film. The movie acknowledges the irony of a Karen who’s actually a real-life Karen, but Karen lacks any subtlety and nuance to be taken seriously as a thriller. That leaves the satirical moments, like Karen and her neighbor discussing the new Black family that just moved into the neighborhood. The dialogue is so absurd that it seems to be aiming for comedy. The two actually scoff over the family not putting out the trash at the proper time. Seriously. The main issue is that the antagonist is the classic definition of a mustache-twirling villain. She’s racist; however, she’s so over-the-top and in-your-face racist that you never take her seriously. She purposely says racist jargon to Malik and Imani (The Black family that moved in) and there’s even one scene where she tips over the neighbor’s trash because she’s become fed up with them putting out their garbage early. And this scene is actually treated seriously too.

Look, I understand that there is racism in this world. Unfortunately, I’m not a racist (Yes, I’m being sarcastic), so I may be wrong in this aspect, but the examples of racism in this film are so in-your-face that it becomes unbelievable. We get an interesting backstory on Karen on why she is the way she, which is never explored. The film is clearly aiming to be the next Get Out but it fails on all fronts. Even then, there are moments when Karen’s actions don’t make any sense. In one scene, Karen watches two robots having sex. And when I say robots, I mean Imani and Malik awkwardly taking off their clothes in the least sexist moment in a film that I’ve ever seen. Karen actually seems to enjoy the action and she’s actual tries to flirt with Malik the next day. If Karen was truly racist, then she wouldn’t be trying to screw her black neighbor. This whole moment is important because it gives Malik a chance to see inside Karen’s house, namely the confederate flag and the elaborate security system that showcases Malik and Imani’s home. It’s a clunky way for Malik to understand the truth about their next-door neighbor, despite the fact that she’s done a piss poor job of hiding her racism. The film tries to play up the Karen moments to laughably bad effect, namely the title character getting rid of two black men in a restaurant because they were laughing too loud.

The thing about this movie is that there are so many interesting themes and topics that are brought up. Karen’s views on the Black Lives Matter movement, her white daughter dating a black man, and her racist cop brother are all interesting pieces that could’ve produced a thought-provoking film that tackled modern racism. But most of these sub plots are dropped instantly as the film feels focused on having moments instead of actually crafting a well told narrative. Also, this movie has some of the worst acting I’ve ever seen; Cory Hardrict and Jasmine Burke have no chemistry whatsoever and their line readings are awkward and bland. Taryn Manning tries her best, but her direction to be cartoonishly over-the-top doesn’t work for a narrative that’s trying to play it straight. Had Karen actually committed to the satirical route then this could’ve been a fun film mocking the social media term. Instead, Karen tries to be Get Out 2.0, resulting in the funniest thriller of 2021.