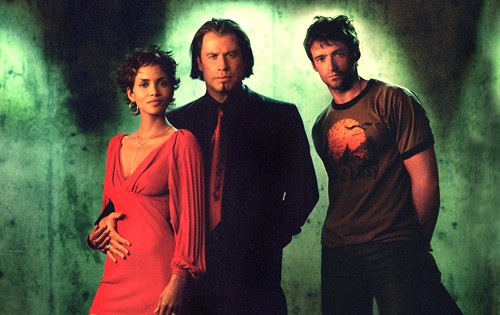 Hackers aren’t generally thought of as good people to those that don’t know their way around computers that well. They are considered to be highly intelligent and able to multitask easier than some people and can come up with codes and passwords faster than a person can blink. If that’s true then they’re some of the most potentially dangerous people in the world today since so much is run online and information is up for grabs to those that know how to snatch it. Kind of makes you a little nervous about going online doesn’t it?

Don’t worry too much, some companies employ hackers that know every trick in the supposedly non-existent book.

This was back when hacking was likely a lot harder since David was genuinely surprised that he managed to get into the system and start kicking around. What was supposed to be virtual joyride however turned into something a lot different when he came to realize that what he’d done was connect to a system that didn’t the know meaning of a futile game in which no one would lose. In fact it didn’t even know it was playing a game at all.

Tank is one of many hackers that continually monitors the Matrix in an effort to keep his crew members informed and safe while they’re in the virtual world. He has the unenviable task of playing gatekeeper when his people need to make their way back to the real world and to watch them either get captured or killed if the agents ever learn where they’re at and come to dish out a little punishment.

Did you think I was going to cite Justin Long or Kevin Smith from this movie? I would have but as good as they both are they kind of pale in comparison to Gabriel, who’s the true tech wizard of this film. If not for his sheer arrogance and utter desire to see the USA humbled he might have been successful, but he still would have had to get past John McClane, and that’s something no villain has been able to do yet.

Stanley is the one guy on this list that actually DOESN’T want to touch a computer since it would mean going back to prison and never seeing his daughter again. But when his daughter is the one on the line if he doesn’t do this he goes right back to his old habits and causes some true mayhem as he works with Gabriel as much as he possibly can while still trying to involve a way out that doesn’t involve a bullet.

This guy downed hundreds of systems as a kid, before he’d ever hit his teenage years. When he and his mom move to New York he’s expressly forbidden to have anything to do with his old life, but of course he does it anyway. What he doesn’t count on is a program falling into his lap that eventually unites him with several other hackers within the city to take down a corrupt hacker that’s threatening to cause an epic disaster.

Hackers aren’t all bad, but they’re folks that you should pay attention to.