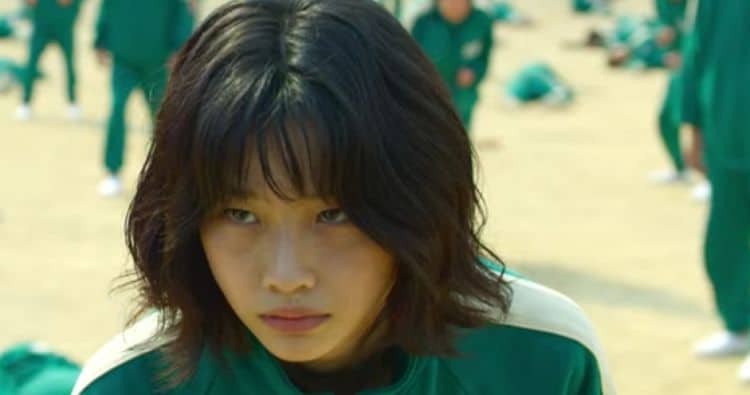 If you don’t know the name Jung Ho-Yeon now, just wait. It turns out the gorgeous television star and model is someone who just took on a huge role working as the ambassador for one of the most famous designer houses in all the world. The model is the new face of Louis Vuitton in addition to the many other amazing jobs she has that made her so famous, and now her face is going to be on every ad, in every magazine, and in every LV store window in the world. Here is everything you need to know about the iconic designer’s new face.

If you’re not watching “Squid Game,” well, who are you? This Netflix series is quickly working its way up the ranks and may soon become the most-watched show on the Netflix platform – ever. Yes, you read that correctly. This show is about to become the most-watched in the streaming service’s entire history. It’s kind of a big deal. She’s the star of that show, and that’s why so many people already know who she is.

She didn’t compete in “America’s Next Top Model,” but she did compete in the Korean version of the show back in 2013. She has the look, she has the face, and she has the talent. Did she know then that she would go on to become the face of Louis Vuitton? She probably only dreamt of something like that, and here she is just doing it.

3. She’s Worked With Louis Vuitton Before

She did not win her version of Top Model, but she was eliminated in the second episode, brought back later, and ended up becoming a runner-up. Of course, she then went on to book shows everywhere she went, and she’s somewhat of a familiar face on the fashion show runways. She’s walked with some of the biggest names in the world, including Louis Vuitton.

4. She’s Been Modeling for More than a Decade

She was 16 when she got her start on the runway, and now she’s 27. She’s been modeling since she was a teenager, and she’s not slowed down. She didn’t let her lack of winning the modeling show she appeared in stop her from becoming what she knew she could become. She persevered and she did it.

One thing she’s known for even when she’s not at work or on a runway is her style. She is a woman who is not afraid to take a risk. She always knows what works best for her look and her body, and she puts together pieces that are somewhat unexpected, but they always seem to work for the young actress and model.

6. She is Not Single

Sorry, gentleman. She’s got a man in her life, and he’s been a fixture for many years. Actor Lee Dong Hwi has been her boyfriend since 2016. He knows the business because he’s in it, and he supports her every moment of her career. He’s spoken before about how proud he is of her, and they are darling.

7. Her Hair is Her Signature

When she dyed her hair red a few years ago, it suddenly became her signature. The world recognizes her signature flaming hair, and it’s become something of a thing for her. While she might not always have it on television or when you see her on the runways, she has it often – and she works it.

8. She Suffered Anxiety About Her Squid Game Role

When she landed the role, she let her anxiety get the best of her. She didn’t know what made her get the role, why she was chosen, and she needed to know that she was there for the right reasons. She let her anxiety take over her ability to work until she finally went to speak to the people in charge about it. That’s when she knew she was perfect for this role – and that’s when she made the decision to take control of her feelings.

9. Her Goal is to Improve

As an actress, she doesn’t think she has a specific goal. She says her only goal is to continue to improve, and it sounds like an ideal goal to us. If that’s what she wants to do in her life, then that is her goal. Getting better, learning more, and doing more are things that are all powerful, and we think she can do it.

10. Nothing is Off Limits

There is nothing in her life that is off-limits in terms of reaching her goals and doing more. She is not afraid to venture outside her comfort zone. She knows she has a long life to live, and she knows that she cannot do her best if she puts things outside of her comfort zone to the side. She’s going for it, whatever it is.