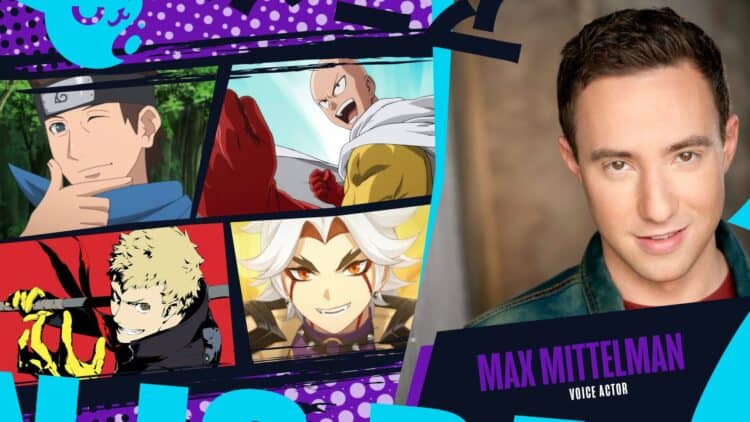 Max Mittelman doesn’t have a very recognizable face. He doesn’t even have a very recognizable name. However, this is an actor who has been in more movies than most of the actors you recognize immediately by both name and face. He is a voice actor, and he lends his voice to some of Hollywood’s most famous animated characters, and most people have no idea. That’s the beauty of being an animated actor. You get to do the work, make the money, and still have some privacy when you’re out and about.

His claim to fame is his voice. His face is not nearly as recognizable as his name and face, and that might only be if you’re someone who pays attention when people voice characters on television. He gets to be an actor without having to put on a face every time he leaves his house. It’s a nice thing.

He was born and raised in the 90s as part of the last generation of kids who grew up without a phone in their pocket and the internet in their hands. He was born on September 5, 1990. He grew up with his family, though we don’t know much about them or his childhood.

3. He is a Californian

4. His Family Survived the Holocaust

Something we do know about his family is that they are both German and Jewish, and that some of his family members from long ago survived the Holocaust. We cannot imagine the horror, the terror, and the sheer fear of living in those times and knowing what might happen to you simply because of your faith, yet his family was able to survive so that he could be part of the world.

He attended courses close to home. He did not have to go far to learn, and it seems to us that he is just a huge fan of his locality. He went to school at the University of California, Los Angeles, which is also known as UCLA. It’s a great school, and he knew that when he applied.

6. He Has an Impressive Following

He’s a man with a large social following. He has more than 40k followers on his Instagram page. His fans love to see his life online, and they love to follow along as he shares what’s up with his life. He primarily shares his work and very little of his personal life, but that’s all right.

Online, we mean. We have no idea if he is active in real life or anything. However, we do know that he is not a very active social media user. His first post on his Instagram account is from December 2014, and he’s only posted 36 times since then. He posts sparingly, and mostly only about his work.

For the most part, this is a man who shares very little of his life with anyone. He doesn’t make it a mission of his to do things such as share his dating life if he has one. Is he married? We don’t know. Does he have a girlfriend? We don’t know. What’s he doing with his life? We have no idea. We cannot figure it out because he simply doesn’t share.

There are some occasions when he is doing work for a project but not using his real name. He often goes by the name Jason Baker, which is something that he knows is worthwhile for him. We are not entirely sure why he does this, but it works for him, so we don’t ask questions about it.

He’s a Netflix personality right now, and that is a huge deal. He’s playing the voice of a grown-up Boss Baby on the Netflix version of The Boss Baby franchise. He’s the voice of the adult Tim Templeton, and it’s a cool role. The original two movies were two of the biggest, and people loved them. The Netflix movie will surely bring in many viewers and find success of its own.