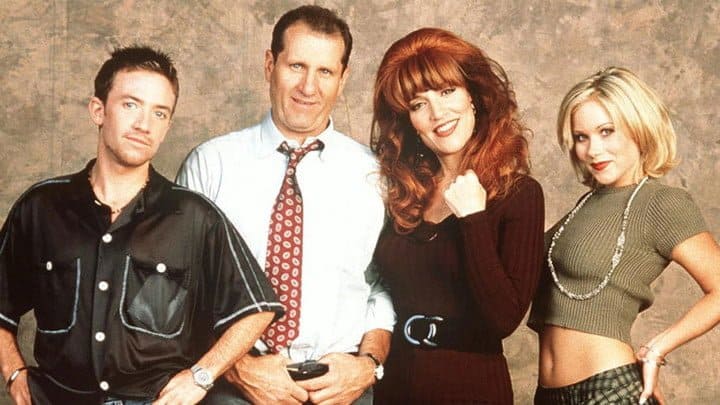 The ten-year span that saw Married…With Children become one of the most popular shows on TV was filled with a great deal of controversy and, at times, the need to remind people that humor is a very different thing for each person. This popular show was one of those that used the crude and sometimes highly suspect humor to tell the story of a family that was about as close to living in the gutter as they could be, and yet it never managed to get quite that bad since the Bundy’s appeared to have some sort of balancing force that worked for them called plot armor and a loyal fanbase that was dedicated to their constant cycle of misery and dubious happiness. Al, Peggy, Kelly, Bud, and Buck, who were eventually replaced with Lucky, were the type of individuals that might be considered highly toxic in real life, but as live-action characters were fun to watch since the humorous ways they bumbled through life managed to tickle the funny bone in a way that should have been unbearably tragic, but became hilarious thanks to the delivery and overall appeal of the family.

To hear that the show is apparently coming back, hopefully, in animated form has confused a lot of people since it felt like the Bundy’s had been unceremoniously taken from the audience, but that the absence has been dealt with by watching other shows and talking about this program occasionally. Many have even stated that this show couldn’t possibly be made today, which makes it tough to think about what the animated form could be like, and whether it will bow to the woke idea of what comedy should be like, or return to its roots and become what people remember. The latter would be preferred by a lot of people since the idea is that this show was great since it was the type of in-your-face humor that didn’t make any apologies and was often relentless in how it kept coming each week.

Thinking about what an animated show could do that might have been next to impossible with a live-action show is interesting, especially since Married With Children managed to create an almost cartoonish appearance at times thanks to the many mishaps that the main characters had now and then. Al was usually one of those that took the brunt of many such moments, but Jefferson D’Arcy, played by Ted McGinley took his fair share of lumps as well given that he was Al’s neighbor and one of his best friends. It does feel as though an animated show would be able to go further and do much more when it comes to the type of damage and effects that can be created, but there’s no doubt that keeping it an adult-oriented show would be preferable. Of course, that doesn’t necessarily mean that foul language and other matters would be necessary, as it feels that this would ruin some of the allure of the show. While the original version did go into a great deal of material that was thought taboo at the time and extremely controversial, going even further at this time wouldn’t exactly be taboo, but it feels as though it would detract from the feel of the show in a big way since what a person doesn’t see or hear can sometimes build the story up in a much more efficient manner.

The thought of seeing new stories and possibly seeing the story move forward or explore other aspects might be nice since there were a lot of different elements that were hidden and huge chunks of storyline that could have gone a long way to explaining how the Bundy’s stayed together. It would also be great to see if an animated version could show them moving forward with their lives at one point since it would be interesting to see where they might end up and what else they might be able to do with one story or another. It does sound as though no streaming channel has picked this idea up yet, but it’s still a big hope that someone will see the sense in it and find a reason to put it on their regular lineup.

There are bound to be people that don’t understand why this show is being brought back, but this is kind of amusing since these might be the same people that don’t mind seeing other shows being looked at for a revival or a reboot. Hey, everyone has their favorites and many folks wonder why some of the older properties haven’t been left alone, but Married With Children is one of those that many people still love. Its theme is toxic, that’s for certain, but it’s also comical and so over the top that taking offense to it is more than a little silly.