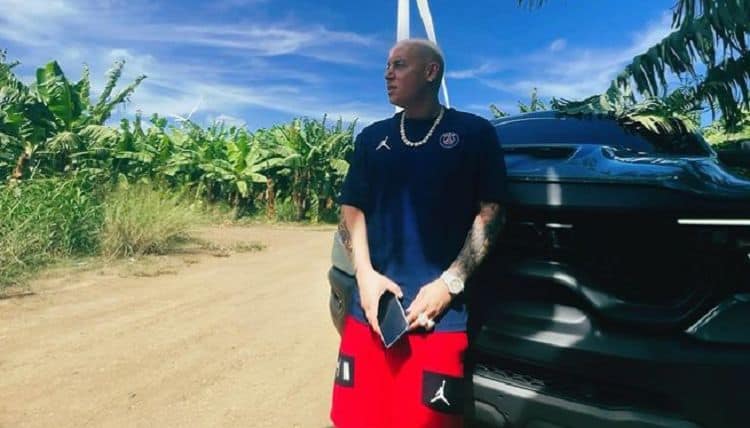 If you follow rap music, you probably know all about Jose Cosculluela. He’s spent his entire life focused on his rap career, making sure he can make it big, and creating something that brings passion and fulfillment to his life. He’s someone the world has become familiar with since he’s been active in the rap game since 2004. Who is he, though, for those who don’t know him? He is a man who has so much to offer, and he is a man who has a big life ahead of him.

It might be hard to believe he is in his 40s, but he is. To be fair, though, he only recently entered this new decade of his life. He was born on October 15, 1980. He will celebrate his 41st birthday in 2021. He’s still young by most standards.

2. He is Puerto Rican

He goes by Jose Cosculluela, and sometimes he merely goes by Cosculluela. However, his birth name is nothing like this. He was born with the name Jose, but his full name is Jose Fernando Suarez. We don’t know where he picked up his stage name or what it means, but it works for him and it helps people realize who he is.

4. He Had a Good Childhood

It almost seems that every rapper we bring to you had some sort of difficult childhood, but don’t let the stereotypes fool you. Jose did not have a difficult childhood. He was born to an upper-class family and raised in a gated community in Puerto Rico. He was raised in a place called Palmas del Mar, which is considered a wonderful place to grow up.

5. He is a Tennis Player

During his youth, he found he has an aptitude for tennis. He played in school and focused heavily on the sport while growing up. He was part of his high school tennis team, and he really enjoyed that time in his life. He did not grow up to play professionally, and we don’t know if he dreamed of it or not.

6. He’s Been Rapping Since He Was a Teen

In addition to spending his teen years playing tennis, he also rapped. He started around the time he was 16, and he hasn’t stopped. He and his brother and some friends began making mixtapes at that age, and they were good at it.

In addition to playing tennis, he also spent a lot of his time growing up playing both golf and surfing. Those were later loves he developed, but both are great sports. They help him maintain his active lifestyle, get some exercise, release some stress, and really spend some good time outdoors. It’s so important to spend time outdoors and to exercise, and marrying the two is always a win.

He was in San Juan focusing on his schooling when he was discovered. The person who discovered him is called Buddha. He’s well-known in the rap industry in Puerto Rico, and he was impressed by Jose and the work he was doing as an artist. He took him under his wing and things just sort of went wild from that point on. He was able to create music, make a name for himself, and grow in his talents through this collaboration. It helped him to reach a level of fame and success that he was dreaming of reaching much sooner than he thought it would happen.

He had two serious relationships over the years, and each one resulted in the birth of a child. His first child is Jose Fernando Cosculluela Meaux. He has a second son whose name is Franco Jose Cosculluela Moreno. He does not discuss his children or the mother of either one often, though.

10. He’s Been Accused of Violence

He’s had some issues in his life, too. His second child’s mother accused him very publicly of abusing her. He’s not a stranger to controversy, and this was not something he was happy about. He defended himself against the accusations, but there are very few people who know what really happened in that relationship.