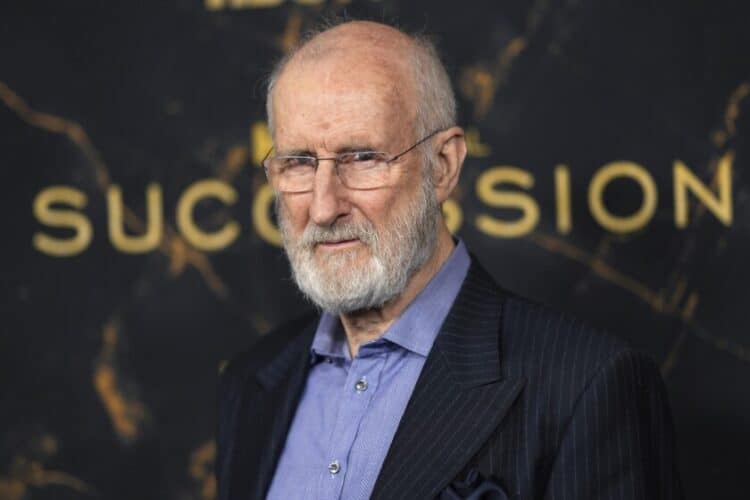 There appears to be a big, fat, glow-in-the-dark line between being an entitled activist and being an entitled kook that some still see as a worthwhile actor. Oh yes, I said it, and the unfortunate truth is that while it’s a right to be an activist, and it’s a right to make your voice heard, disrupting a business that’s attempting to make money and serve people at the same time doesn’t really make one look as though they’re right in the head. James Cromwell has been disruptive before, but gluing his hand to the front counter of a Starbucks while speaking out about how an extra charge when asking for non-dairy additions to one’s coffee is a different level of disturbed than he’s displayed before. Good for James if he’s an activist, but one thing that many folks that stand for something don’t appear to realize, and haven’t for some time, is that fighting against the cruelty to animals over the extra charge for a non-dairy product, is something that doesn’t appear to harm animals in any way, is kind of silly, not to mention incredibly entitled.

One thing that’s very easy to state is that if one can’t afford the extra charge for their soy, almond, or other non-dairy milk then perhaps they shouldn’t be at a Starbucks in the first place, since these places aren’t known for being that cheap in the first place. In their defense, they’re not a greasy spoon diner or simple cafe where hot coffee is made by the gallon and is probably made more for the caffeine than the taste. Starbucks is a specialty store that gives customers a bit more than the average cafe might, and on top of that, non-dairy items might not always be as cost-effective to keep around. It’s been seen by many that simply creating these alternatives is more expensive, and like it or not, that expense is carried along until it reaches the consumer, where it becomes a minor inconvenience compared to the manufacturing costs that are experienced earlier in the process.

This is one of those times when one has to just shake their head and wonder why anyone cares what Cromwell does or says any longer since the unfortunate truth is that the guy appears to have gone off the deep end in his quest to help PETA. To be honest, it’s hard to figure out why PETA is even there since there’s no harm being done to any animal by a human being. As one of the moments that makes people wonder if the folks performing for the cameras are right in the head, this stands out as yet another performance piece that makes a person think that Cromwell might not be entirely mentally sound even though he’s still a competent actor and does appear to be lucid most times. To think that things like this are still happening, and are still going to happen, is enough to make people wonder how long PETA and their misguided followers are going to seek the attention and support of actors that have little to no shame and will gladly disrupt any business they feel the need to.

What’s irritating, at least a little bit, is that there were no arrests made and no indication that anyone was penalized in the least bit for this, which makes one think that it might embolden Cromwell and PETA to find yet another business to bother in the days and months to come. What’s saddening is that an actor of Cromwell’s caliber can’t find another way to make his voice heard, as his belief might be real, but his methods are questionable at best and damaging to the reputation of many actors that are also activists. The general feeling that any celebrity that identifies as an activist could at any time decide to disrupt a business based on their own personal feelings is a bit irritating, especially if they’re allowed to do this without any consequences. This sends a very poor message that at any time, a person can halt a business because they feel that something is wrong and it’s their civic duty to stand up and say something about it while keeping others from enjoying a service and the employees from providing it.

Activism isn’t the problem, and believing in something isn’t as big of an issue as some have made it out to be. But taking the time to inconvenience and even trouble others with one’s voice simply to be heard, especially when the issue of the day is utterly ridiculous, is beyond moronic, it’s childish in a way that indicates that a person’s mind isn’t firing on all cylinders. Many people have a great deal of respect for Cromwell and all he’s done, but at this point, one has to wonder how much longer that’s going to last if he can’t shell out a few more cents to flavor his coffee the way he wants.