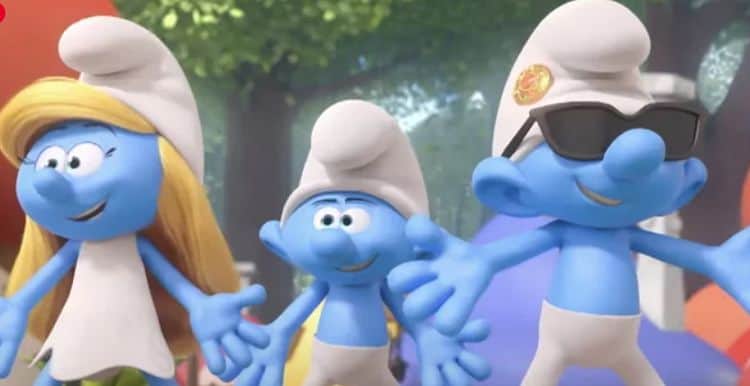 There are likely some folks wondering how many times the Smurfs are going to be brought back before they’re finally left on the small screen where they started out and where they’ve been the most popular over the years. But it does sound as though their place on Nickelodeon will be where they’ll manage to stick for now since the blue-skinned creatures will be accompanied by the female Smurfs that were discovered in the last movie. As far as who will be lending their voices to the Smurfs it appears that it will be a largely international cast that a lot of people might not recognize, but will be able to hopefully give a slightly different experience to those that have managed to hang around the Smurfs for a long time now. The fact that this show has lasted so long says a lot for its popularity since people have idolized the Smurfs for decades now and in one way or another, the fans have helped to keep the show alive even when the idea has kind of slipped from the public eye.

Anyone who wants to argue that point might need to take a trip through time and realize that even if they’ve been present, the Smurfs have still been less than popular at times as animated shows have come and gone. The Smurfs have been forced to endure for quite a few years before their popularity started to rise once again, and even then it’s not a perfect and smooth rise back to their current position. At any rate, it’s likely that a lot of people are going to be happy to see the Smurfs coming back to where they’ve been the most popular over the years, the small screen. It does sound as though they’ll have to contend with their old enemy Gargamel once again, but it also sounds as though there will be plenty of other challenges for them to face since there are quite a few differences to take into account.

For one, there’s the fact that there are female Smurfs in the village now, and while it’s still a kid’s show, for the most part, one has to think that there will be a different outlook in the show at this time since this changes things around a bit. Not to mention that Baby Smurf will be there, so changing diapers will take over for at least an episode until someone can find some way to make this problem go away. Then there’s the idea that Smurfette will continue to grow and develop as a character, which means that there will be even more differences coming. These changes are bound to be noticed, but whether they’ll enhance or somehow derail the show has yet to be seen. It’s likely going to be the former instead of the latter since a lot of people these days would rather see a far more inclusive show than to think that the Smurfs are incapable of change. Plus, one can’t help but think that there will be other changes coming to the show later on since there’s apparently no set number of episodes, meaning that this first season back could last for a while.

Like always, it’s hard to think of whether or not this time around will be just as lucrative for the Smurfs, but the safe bet is to think that there will be plenty of people that will be able to get into the animated series once again and will find the changes easy to get along with. After all, it’s not a huge shift in the overall show, but additions that might be entirely easy for everyone to get along with. There’s also the idea that for a lot of years that people have been wondering why there’s only one female Smurf in the whole village. Now they have their answer, and they have the solution to the continuing issue of why Smurfs were mostly male. There’s going to be a lot to unload and a lot to accept with this show since it’s vastly different from the show that started out in the 80s, but still similar enough that people should be able to keep up.

On top of that, the updating that’s been done with so many other shows over the course of the last decade is evidence that people are wanting to see more contemporary versions of the shows they grew up with, which means current generations won’t know how things really were in the beginning unless they do their own research. I would say it’s for the best since if the Smurfs don’t update and keep up with the other animated shows in terms of being entertaining for the current audience, it’s likely they would slip into obscurity after a while.