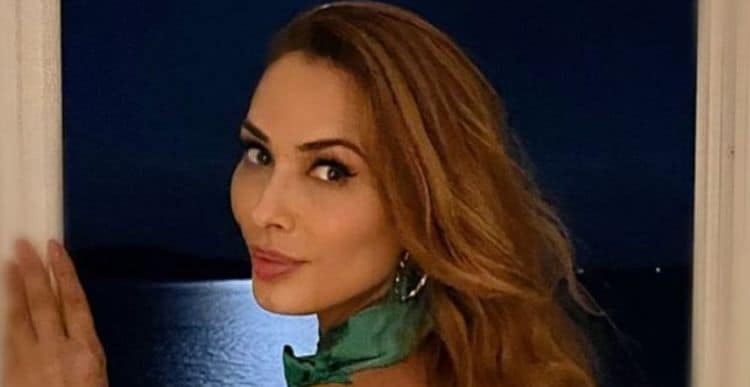 You don’t have to be familiar with Bollywood to recognize the name Salman Khan. His talent and his career speak for itself. The Indian actor and producer have been in the limelight since 1988 when he was in his early 20s, and much of his life has been splashed across the front pages of the papers, the internet, and the gossip shows on television since he got his start in the business. He’s had some major success come his way, some controversy, and it seems his fans want to know who he is dating, linked to, or seen with every moment of every single day. He is a star, and he has been linked to some of the most famous women in the world – though he has never married. Right now, the name Iulia Vantur is the name that has been linked closely with this famous actor, and it seems they are the “It” couple of the moment. So, who is she?

In fact, she is Romanian. She was born and raised in Romania, and she is proud of her heritage. The two might not share the same ethnicity or heritage, but their differences seem to make them that much more exciting to one another.

Her life has been spent in the spotlight, as well. She is a model, and she’s been working almost all of her adult life. The truth of the matter is that she has a career of her own, and she is happy with the way things are going for her.

4. She Was Married Before

Many fans didn’t know this about Vantur, but she’s been married before. She was married for approximately four years, according to this article, to a man who is also famous. His name is Marius Moga, and he is a famous Romanian singer.

5. She is Very Private

Despite being part of the modeling industry and working in the entertainment industry almost all of her adult life, she’s managed to keep her life relatively private. She is not the huge star her alleged boyfriend is, but she is someone who manages to keep her private life to herself.

6. She’s Been Dating Salman Khan For a Decade

Allegedly, of course. There are many rumors that these two met in 2011 and began dating soon afterward, and that they have been together since. They have been photographed together many times over the past decade, but neither of them will confirm or deny whether they are in a relationship.

7. She Calls Khan A Special Person

She’s been asked time and time again for many years about their relationship, but she only says that he is a special person in her life. She never goes into detail. She never shares more than that, and she never discusses anything she is not comfortable discussing. She is so private.

8. They Locked Down Together

Salman Khan has a large plot of land that he calls one of his homes, and it appears that these two spent the COVID-19 lockdown on that property together. They did not separate or live in their separate houses during that time – but they did stay there together. No one tried to keep that a secret, and that is something that we think speaks for itself.

She’s a woman who doesn’t confirm anything about her life, but will she? Will she ever confirm her relationship with Khan, or deny it? Will she ever let people in? Will they get married? Will they simply allow the world to speculate on the nature of their romance, or friendship, for the rest of their lives while never confirming or denying anything? We have a feeling this is what will happen.