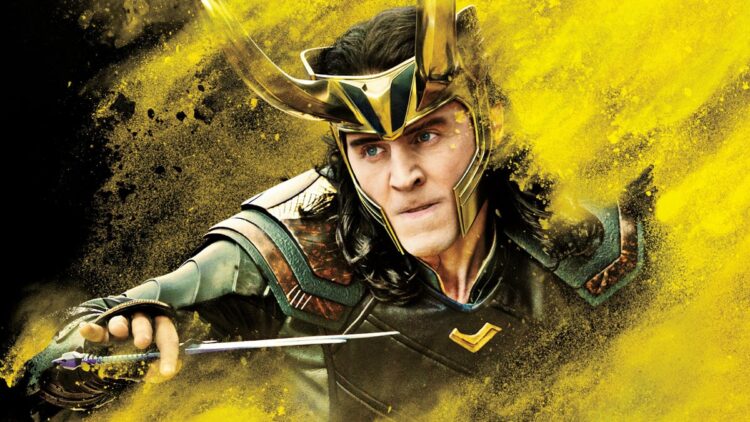 If this particular story ever made it to the small or big screen one could imagine that there might be newfound respect for Loki, or another reason to look at him and wonder how low he could possibly go depending on one’s perspective. As the MCU continues to roll along, so do the comics, and as it’s been seen, the trickster god of Asgard is, as usual, ready and willing to do anything to survive. His need to belong doesn’t always trump his need for self-preservation, and when Asgard is rocked by those wielding weaponry that can resist magic and actually kill the gods, one can imagine that Loki would see the writing on the wall clearer than most since, despite his need to belong to the pantheon, he’s usually one of the first to think about how he can make it through the current debacle to make certain that he’ll be around when everyone else is gone. As an adopted prince of Asgard, he’s barely tolerated most times and treated like a pain in the neck by others.

But one thing that Loki is above all is a survivor. However it’s happened, be it fate, trickery, or something else, it would appear that there’s always been a version of Loki that’s been able to make a quick getaway or find an advantage that he could press. Many would argue that since his fate in Infinity War didn’t exactly allow him an out, as Thanos was too much for him at that time. But the fact is that Loki is still up and kicking in his own series thanks to some apparently random bit of fate that has allowed him to travel to the multiverse where he was bound to start mucking things up again thanks to his nature.

But thinking about him being the last god left in Asgard is kind of unnerving since, on one hand, Loki’s need to belong has created a great number of problems both in actual Norse mythology, as well as in the MCU. This doesn’t necessarily put Odin or Thor, or anyone else, in a good light when they continue to deny Loki the one thing he wants. The truth is that he is a trickster that delights in the things he does and isn’t exactly predisposed to be a joiner when it comes to being a part of the pantheon he tries to prove himself to, but there have been moments when Loki has been kind of useful throughout mythology and the Marvel Universe. If his many schemes weren’t so self-serving it might have been that he would have endeared himself to the other Asgardians at this point. But much like anyone else, Loki kind of plays to his strengths and his weaknesses, and his greatest strengths usually make him a less than appealing character since he tends to crave power and prestige just as much as the approval of those around him. Loki is the kind of character that makes one think that there is a lot of truth to the idea that some people are just hardwired to be bad, and that there’s no fighting against it.

Loki has managed to appear heroic in the MCU, and even in the comics on rare occasions, but his true nature usually comes out without fail. In the comics, the feud between Loki and Thor is often seen as far more aggressive than it’s been in the movies. There’s a very firm belief that putting Thor and Loki in the same vicinity is kind of like putting ice and fire in the same room; there’s going to be a reaction, but it might not be the reaction that people are expecting. Loki is simply too removed from the rest of the Asgardians to be concerned with their fate, and honestly, if something isn’t threatening his life then he’s probably not going to worry too much about it. He did end up destroying the weapons that had killed the Asgardians, but this was no doubt due to the need for self-preservation more than anything else. Thinking of how a story such as this would be made to appear in the MCU is kind of interesting, but one can imagine that a lot of fans would like it, and a lot of fans would see it as less than appealing.

Loki is, without any doubt, a creature of habit, and to think that he might try to save anyone other than himself is against his nature in a way that most fans won’t deny. But the fact is that he’s a tactician and a survivor above all. With that in mind, it’s not tough at all to think that he would be the last person standing once Asgard had fallen. If he hadn’t made a plan already, then he would have done what he could to adapt to the situation while finding a course that would suit him best.