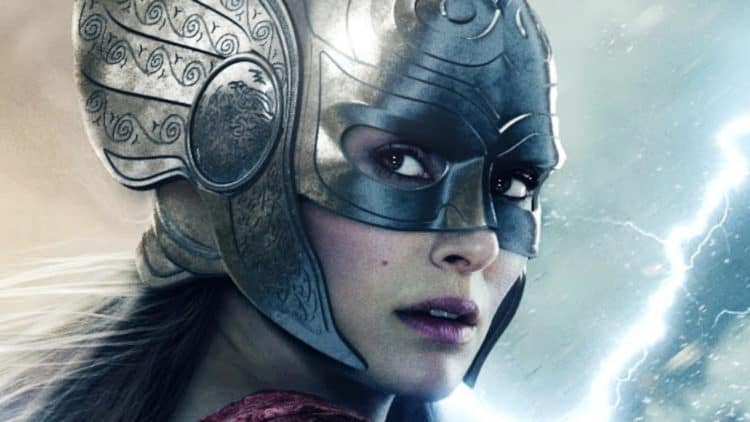 Well, it’s finally here. The official Thor: Love and Thunder trailer is here and it is everything you would expect it to be. All the quippy comedy and that ’80s action movie vibe Taika Waititi brought to 2017’s Thor: Ragnarok is seen in this trailer, only on steroids. Honestly, can you remember when this god of thunder wasn’t so funny when he made his Marvel Cinematic Universe debut in 2011? Okay, so maybe he was funny, but let’s be real here, that pales in comparison to the character he eventually became once Taika Waititi got his hands on him. Not that I’m complaining, far from it. At this point, we MCU fans have accepted this much funnier and playful Norse god than who he started out to be. And now that Love and Thunder is getting closer, it looks like he’s taking it up a notch.

What really stood out in the new Love and Thunder trailer was that it showed basically every character in full form. That is, at least the characters we haven’t seen before. Remember when we saw Russell Crowe as Zeus in the teaser trailer? If you missed it, that’s probably because the teaser only showed him from behind. You could tell that it was him and he was clearly addressing the people of Olympus. However, it would have been nice if we actually got to see his face. Well, in the new trailer, we saw exactly that. And I’ll just say it now, Zeus flicked a little too hard and everyone got to see Thor nude. Like, totally nude. Heck, it even made some of the guys feint. Told you he was taking it up a notch.

What really stood out in that final sequence of the trailer was that it looked like Thor was being held captive and brought on trial. Russell’s Crowe’s Zeus looked like he was the head of that trial, but there was more. We got to see Valkyrie and Jane Foster in her Mighty Thor form sit next to each other in what appears to be council seats. There were leaked photos of this that were released not too long ago and what was interesting about them was that they included another curious figure. Sitting below Jane and Valkyrie was a woman who was wearing Wakandan clothing. Fans are speculating that this character could be Bast, the Panther goddess who was responsible for creating the Black Panther.

That theory does make sense, considering where they are. If that’s the case, then it looks like Love and Thunder may be bringing in more mythical Marvel characters than we originally thought. And if they really are doing that, then it’s very likely we’ll be seeing some particular gods brought into the mix. If you’ve read many Marvel comics, you already know who I’m talking about. The first that comes to mind is the famous son of Zeus, the super strong Hercules. Yes, that character should debut in the MCU soon and he would be a suitable replacement for Thor. And even if he isn’t really Thor’s replacement, then he would still be a welcomed addition to the Avengers. A guy with his strength level that can rival the Hulk’s just cannot be passed up.

But of course, we have to address the black and white elephant in the room. Gorr the God Butcher, the main antagonist of Love and Thunder has finally made his first real appearance in the trailer. And boy, does he look terrifying. So I’ll just say, he doesn’t look exactly like his comic book counterpart. There is no black hood over his head or the long tendrils protruding from it. Then again, I’m not sure if that should matter because he could still acquire that look later in the movie. And just in case you’re wondering, yes, you can very much tell that is Christian Bale playing him. Heck, you can even hear it in his voice. Just a little fan boy moment here, but now we can officially say we have seen Christian Bale play both a superhero and a supervillain.

Just by the very few seconds we saw him as Gorr the God Butcher in the Love and Thunder trailer, I can already tell Christian Bale will nail it. I mean, come on, when does he not kill it? I have a feeling he will be one of the best villains the MCU has ever given us. Oh, but hold on, if Thor can’t beat the God Butcher, then that only means Jane Foster will have to step in. I think it’s safe to assume that Natalie Portman will be stepping in and carrying the torch that has been passed to her. In this case, the torch is a newly reconstructed Mjolnir, the magic hammer that was once the weapon of Thor.

So after seeing this trailer, what exactly is Love and Thunder setting up? Is Jane Foster the “Love” element or is she the “Thunder” or is she both? In fact, is it possible that Jane and Thor could be getting back together? Honestly, the idea of turning a Thor movie into a romantic action comedy sounds very lame, but we should also remember that Taika Waititi is the director. If there’s anyone who can make that concept work, it’s him. If he is going that route, then Love and Thunder could have a sort-of happy ending similar to that of Thor: Ragnarok.

In the end of that movie, Asgard was destroyed and they needed a new home. We should also mention that Thor also lost his three best friends, the Warrior’s Three, but he apparently forgot all about that. Things didn’t end the way he wanted them to, but he was crowned king of Asgard and took responsibility for the survival of his people. We all remember what happened shortly afterwards and it didn’t go well. But hey, at least the god of thunder eventually came through for his people in the end.

The point is, we could have a similar ending with Love and Thunder. We know the heroes will lose something and their victory over Gorr will cost them. However, they will also learn something valuable from their losses and become better heroes because of it. And after that, Jane Foster could very well become the new Thor for the Avengers. What will happen to the main Thor? I don’t think he will retire and I don’t think he will die, but Love and Thunder will probably throw us a curveball. Heck, I want them to. That’s why we keep watching Marvel movies.

What are your thoughts, Marvel fans? If you haven’t seen the new trailer for Thor: Love and Thunder, then I implore you to do so. It’s everything the doctor ordered, along with some additional side orders. Boy, I can’t wait until July.