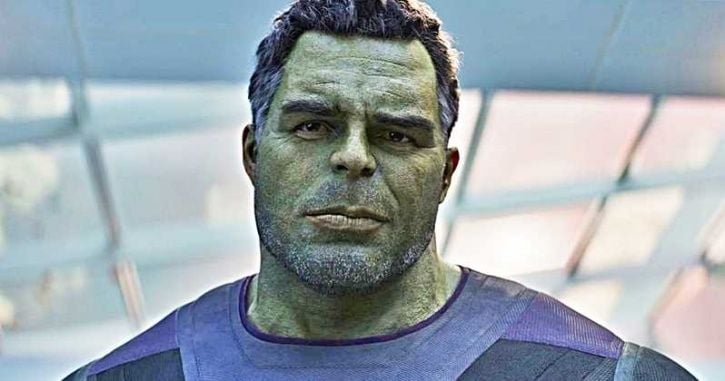 Leave it to fans to point out anything that they don’t understand or don’t feel is right. At the very least, Hulk’s suddenly healed arm that’s seen in the She-Hulk trailer is one of those that a lot of people are tripping on right now since there are a couple of ways that it can be explained, but both of them raise more questions than they answer. Letting go of the rest of the She-Hulk trailer at the moment, since that’s another issue that a lot of people have been dealing with, the two explanations call upon the fans of the MCU to believe in the storytelling of the writers that have been pushing the MCU forward at this point, and it’s fair to say that things have gone well so far, but they haven’t been one hundred percent perfect. That’s kind of obvious at this point thanks to the reactions of the fanbase, but in this case, it feels as though the MCU is now tossing out images that are somehow meant to be confusing and contradictory to keep people guessing.

The first explanation appears to be one that a lot of people want to accept, but it does raise questions that are a bit troubling since there’s an obvious answer for it, but the damage it does to the continuity is noticeable. If the She-Hulk series does take place before Endgame, then it begs the question of where she was during the fighting, and what she was doing when everyone else was taking up in the fight against Thanos. Of course, the obvious answer is that she hadn’t been introduced yet along with many others, since it’s fair to think that Shang-Chi, She-Hulk, and many others who didn’t get blipped might have been ready to join the fight. But it would also convince some folks that her general attitude toward heroes might have kept her out of the fight, which would have been worse. While characters like the Eternals have their own hard-wired reason to have stayed out of the fight, while She-Hulk would come off looking like an entitled brat instead of an empowered woman.

Another explanation is that his healing factor finally kicked in after he changed back to Bruce Banner for a while, as was seen in the post-credit scene in Shang-Chi. Once he turned back to Banner he was wearing a sling, indicating that his arm still hadn’t healed. But it could be that after turning back to Banner and not being able to find a way to cure his arm, he turned into a smart Hulk and his healing factor came back in a big way. There’s also a way to debunk the first theory, since smart Hulk didn’t show up until Endgame, which means She-Hulk would be taking place in the post-Blip era, as can be figured by the fact that no one in the trailer appears to be sad, or depressed, and there are plenty of individuals walking around as nothing happened. So it does feel as though this is post-Endgame, and that things have gone back to normal just enough for people to move on with their lives and regain the normalcy that they’d been missing.

Whichever theory holds true it’s going to be interesting if She-Hulk is really the final appearance of the Hulk, since it would indicate that moving on and replacing the core characters with their counterparts or with other characters that are meant to carry the torch for a while. The rumor is that this will be his last appearance, but that would be kind of a shame since it might mean that any thought that World War Hulk might end up happening does feel as though it might be nixed, though it’s possible that the Hulk could be recast. That might not be the best idea since a lot of people have been supporting Mark Ruffalo for a while, and switching the script in this manner does feel as though it would irritate and even anger a lot of fans. But what else is new? The fact that fans are so willing to hem and haw about anything is well documented. Even thinking that they’re worried about which theory is correct is kind of silly at times, though it’s understandable since it is nice to see a little continuity at times.

But when it comes to the Hulk, his durability and capability to come back from many forms of damage should have been enough to question the idea that the damage caused in Endgame would be permanent. We’ll get to find out soon enough what period She-Hulk is taking place in when the series releases on Disney+, but until then it’s easier to just roll your eyes and wonder what MCU fans won’t argue about when they have the chance.