Home
Entertainment
Whatever Happened To
Is Mike Myers Still Relevant? 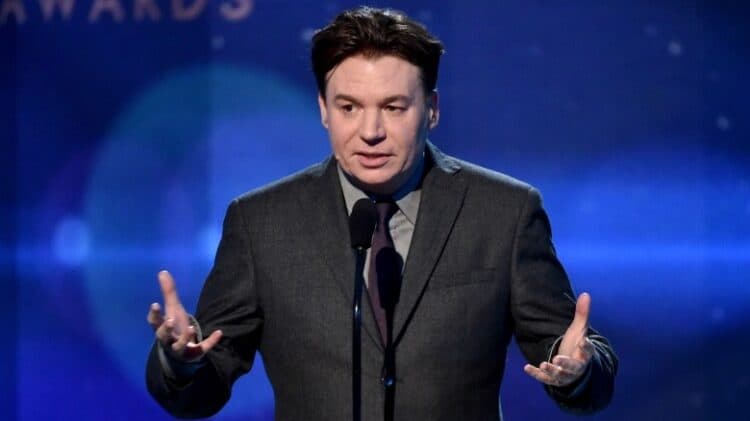 Out of all the actors who have been slowly fading or trying to find their way out of the business over the years, or to retire with grace, Mike Myers might have been one that a lot of people might have expected to see fade so quickly and almost disappear entirely. There are several good reasons that this happens sometimes since actors are still people with families and lives of their own, but the act is that at one point, Myers was on top of the world with the popularity he held, and it feels as though in the next moment he was gone. It didn’t happen this way obviously, as there were quite a few things that happened before he slipped out of sight for a bit. His success with movies such as Wayne’s World, Austin Powers, and Shrek managed to make him a legend, though his time on Saturday Night Live had already set the stage for him, and by the time Shrek came around, he was already a household name. But at some point, he stopped showing up, and a lot of fans didn’t know why.

It’s been stated that he sees acting as a passion and not a paycheck, but the funny thing about that statement is that it defeats itself the moment that an artist takes payment for their efforts. Of course, it’s great to have passion, but saying that one doesn’t care about the paycheck is a little ridiculous since if actors weren’t being paid then it’s a very big possibility that a lot of them wouldn’t be where they are now. The paycheck is important to a point, meaning that it pays the bills and gives people a better life than they might have started out with. But not caring about it is one of the dumbest things that anyone has ever said since the paycheck is a part of what keeps the actors employed and willing to go on. As a writer I get it, passion is important, but that glib remark about money not being important is one of those that can get on the nerves of a lot of people.

But throughout his career in the 90s and into the 2000s, Myers was still on fire since he was able to convince people that he still had the goods and that he was still having fun with what he was doing. A lot of that changed when Cat in the Hat came out since it was decided that it was a truly horrible movie that didn’t capture Myers’ best material. After that, it feels like things started to slip, but it was also just as obvious that Myers didn’t need as much since he’d already become a legend and had the kind of fame and fortune that could carry through a lifetime provided that he didn’t do anything to bankrupt himself. When he started showing up in serious roles that allowed him to show that he could actually go beyond comedy there were mixed reactions from a lot of fans since they wanted to keep him funny and keep the comedy rolling onward. This is where it’s a little easier to admit that Myers is to be admired since he stuck to his guns and did his own thing.

That’s not to say that there hasn’t been any controversy around his acting, since a few people have stated that he’s quite difficult to work with and becomes a total diva when he’s on set. It’s even been stated that during several projects, there was always someone on hand to feed him snacks, which is diva behavior without any doubt. One thing that Hollywood trades in constantly is gossip, and it’s not tough to think that there might be some truth to the rumors of Myers being hard to work with, but one has to wonder how much some of those rumors were exaggerated to make a few bucks for the gossip rags and sites across the internet. The point is that Myers’ behavior became one of the many reasons why people didn’t want to work with him apparently, and while he managed to do a few things after Shrek and Austin Powers had been out for a while, it doesn’t appear that there’s been any chance to push him back into the spotlight.

Maybe the day will come when Mike will be at the top of his game again, but it hasn’t been recently and it doesn’t appear that he’s going to be making his big return any time soon. Whether this means that he’s going to remain in the shadows for a while or if he’s just taking some very needed family time is hard to say, but it does feel that if he does come back to prominence that things won’t be the same as they were before. Even another Austin Powers might not be enough to put him back on top.