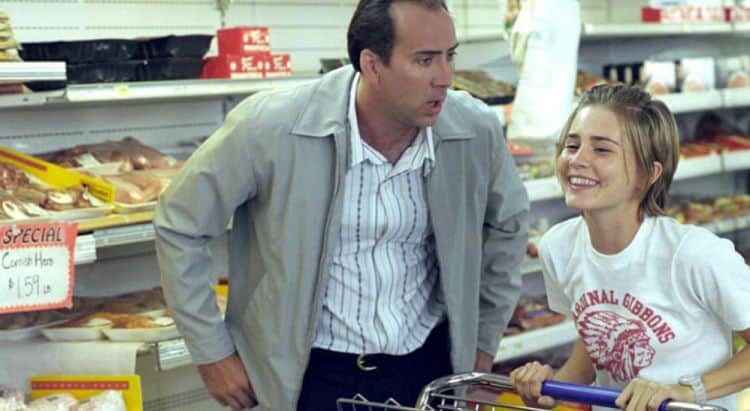 It feels safe to state that unless she was pointed out in one movie or another that a lot of people might have forgotten Alison Lohman’s name at this point unless they were big fans of hers during her career. As of now, she’s been retired for the past five years since following her last well-known movie, Drag Me to Hell, she acted in a few other titles and then decided to step away from the business to focus on her family and to become an online acting coach. During her time in the business though she did get plenty of good reviews for several movies, but from the standpoint of an average audience member, it’s enough to say that she was good at what she did and at getting people to invest emotionally in her character. But as far as being someone that could steal the scene it’s fair to say that she was good, but not that good. Alison was definitely capable of standing in the same scene with the likes of Nicolas Cage, Giovanni Ribisi, Robin Williams, and several others, but again, after that, she was kind of forgettable since her best roles kind of came and went too quickly.

The fact that she looked so young at one point in her life did help quite a bit since she was able to take on roles in which she would play a much younger character, such as she did in Flicka. This quality certainly didn’t work against her since she managed to take on several great roles over the course of her career. But for one reason or another it was hard to take Alison seriously as an actor since while she did a great job, she tended to show up in movies that didn’t really get a whole lot of love from anyone but the critics. There’s no doubt that a lot of fans happened to like her in the various roles she took on, but apart from that, her name didn’t exactly light up the screens that often and it’s fair to say that she’s one of the many actors that stepped aside and wasn’t missed all that much.

It might sound a little mean to say such a thing, but the truth of it is that Alison put in a great performance more than once, even if she was largely forgotten not long after. Seriously, how many people even knew she was gone and has been gone from the business for the past 5 years? Too many fans would stand to attention and decry the idea that she wasn’t that effective without even realizing she’d left to do her own thing. It’s easy to wonder if she decided to go back to school since she had a scholarship to New York University but she decided to get into acting instead, becoming an actress instead of investing in her education. She’s not the first person to make such a decision since many of those in the business have foregone an education to get into acting, and many of them have done quite well. It’s fair to think that a lot of them have decided to become educated in some manner, but honorary degrees and doctorates are hard to take seriously, though it’s likely that some actors are intelligent and tend to use the excuse that school was too hard or a waste of time.

For all intents and purposes Alison saw a better opportunity in acting than attending college, and to be honest, it might have been the best idea since it took her forward in a way that many are highly envious of since becoming an actor is something that many people in this world tend to want, but never achieve in the manner they want. The number of those that drop out of school thinking that they’re going to be rich and famous is a little too high for comfort, and those that make it are to be commended since they managed to deliver something that those in the business wanted. It’s not exactly something that one would push as a worthy venture to a lot of people since there are those with talent and those that are just cringe-worthy to watch.

These days it sounds as though Alison is taking things easy and focusing on her family and her job as an acting coach, and that’s apparently enough since it doesn’t sound as though she’s made any plans to come back any time soon. That might be for the best, but it’s easy to think that she might miss it just a little bit every now and then since a lot of actors tend to walk away from the spotlight, but only a handful ever appears to regret it. Whatever she’s doing, hopefully she’s enjoying her life.