Home
Movies
Austin Powers vs. Shrek: Which One Deserves Another Sequel? 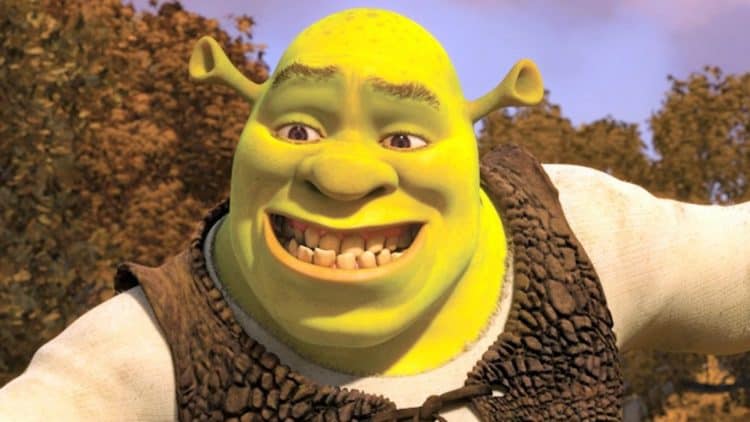 If someone asks what’s the best Michael Myers role, they might say Austin Powers or Shrek. They also might mention Wayne’s World, but I actually haven’t seen that. Don’t worry, I’ll catch up eventually. Now if I had to choose between his performance between Austin Powers and Shrek, I honestly don’t know which one I’d pick. I mean, Shrek is Shrek. As a kid, I loved the first movie and the second one. Then, I saw the third movie with astronomical expectations just like everybody else and walked out of the theater disappointed. How many Shrek fans think the third one is better than the first two? Do I hear crickets?

Anyway, I grew up with Shrek and I’ve always loved hearing Mike Myers talk as Shrek. He was a good children’s character and he was just funny. The Shrek movies also had a lot of heart behind them and that’s where the third one faltered. It was unfortunate, but at least Shrek and Fiona got a happy ending by raising a family. Like many movie trilogies, the Shrek trilogy derailed with the third movie. However, the Shrek trilogy wouldn’t end as a trilogy.

In 2010, we got Shrek Forever After. Now I’ll be honest, I didn’t see that movie right away. I was actually pretty “Shreked” out after Shrek 3. It took me a while, but I finally got around to watching Shrek Forever After on television one day. My verdict: it was a good movie. It wasn’t on the same level as the first two Shrek movies, but far superior to the third movie. Shrek Forever After had heart, it had laughs, and still had the brilliant voice of Mike Myers behind our favorite green ogre again. What turned me on to the story was how different it was from the other movies. It was basically an alternate history of the Shrek story where Fiona was a warrior and a leader of a band of rebellious ogres, Donkey was a servant/slave, and Puss was an obese cat.

Oh, and let’s appreciate how Gingy was a ring fighter who used candy canes as weapons. Seriously, that was awesome. I just like seeing different versions of familiar stories being told and that’s why I dug Shrek Forever After. It was also a personal story for Shrek, as he learned to fully let go of his past and realized that his family and friends were the most important things in his life. By the time he realized it, it was almost too late, but in classic Shrek fashion, the tale had a happy ending. Again, Shrek’s story ended pretty much the same. Shrek and Fiona lived happily ever after with their children and the only difference is that they had a bunch of fellow ogres to have fun with. A good way to end the Shrek franchise.

Will we be getting a fifth Shrek movie? Well, let’s take a look at another popular Mike Myers performance. Before Mike Myers voice Shrek, he appeared physically as the English super spy, Austin Powers. I was a little kid when the whole trilogy ran, but those movies really stuck with me. Austin Powers was basically a comedic parody of James Bond, the most popular spy/secret agent character in fiction. I love James Bond and I love the secret agent genre, and I also love comedic parodies, so Austin Powers was a good fit for me.

As Austin Powers, Mike Myers delivered (in my opinion) his best comedic performance. With each movie, he not only played the ugly, but highly skilled English agent (and also a surprising ladies man), who was ultimately a man out of his element. To put it in better terms, he got the Captain America treatment, because he was frozen in his time, then was unfrozen decades later. Austin Powers became the man out of time and had to learn how to adjusts to different times. In his case, he went from a party animal from the hip ages of the 1960’s, to the more modern, less hip times of the 1990’s. It took him a while to adjust, but he eventually learned to live in a time that was not meant for him.

Like Shrek, Austin Powers had a happy ending. I mean, he got to kiss Beyonce, so he’s pretty much more of a ladies man than James Bond. He learned that Dr. Evil was actually his long-last brother and he reconnected with his estranged father (Michael Caine). However, there was a cliffhanger. Dr. Evil was no longer evil (pun intended), and his son Scott (Seth Green), took over the mantle of Dr. Evil. He even shaved his head and tried doing the evil laugh. I mean, he’s played by Seth Green, so why wouldn’t we want to see him go all-out as the new Dr. Evil?

So when it comes down to the debate of which franchise should get another sequel, Austin Powers or Shrek, I think the right choice is Austin Powers. In my opinion, the story of Shrek ended the best way it could have. Now don’t get me wrong, if another Shrek movie was announced tomorrow with Mike Myers returning, I’d watch it. I mean, it’s just been confirmed that we’ll be getting a Puss in Boots sequel, so does that mean another Shrek movie is inevitable? I wouldn’t be surprised, but I still think a fourth Austin Powers movie makes more sense.

Austin Powers: Goldmember ended on a strong note and gave us a great cliffhanger, so I feel like there are more stories to tell with the character. A fourth film can lead to Austin’s retirement, but then again, I just see that as a suitable story for him. Honestly, he can just do his thing and take on Seth Green and we’ll watch it. With Shrek, he won the respect of humans, his friends, and earned his quite life with his family. There’s nothing more that can be done with him, but we can see more done with Austin Powers.

Now Mike Myers has talked about it before and he’s implied that a fourth Austin Powers film can happen. Will it happen? I would like to think so, but we’ll just have to wait and see. Please, Mike Myers, we need you to come back.