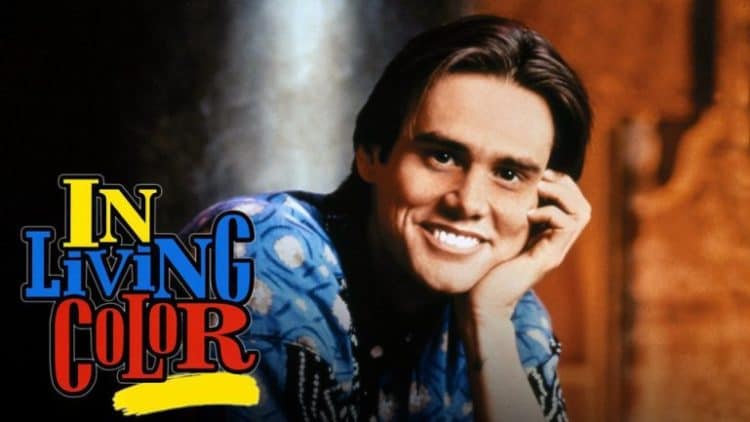 Can you imagine living in a world where Jim Carrey is no longer in movies? That sounds like a quiet and unfunny world. Even when the man is trying to be serious, he can still make us laugh. Just check out the final scene of The Truman Show and you’ll see what I’m talking about. But come on, who hasn’t watched so many Jim Carrey movies? Even if you haven’t seen his more serious movies, such as Eternal Sunshine of the Spotless Mind, that’s okay, because you’ve probably watched his funny movies. I mean, how many of his movies aren’t funny? Okay, there’s probably one or two exceptions, such as The Number 23. However, this iconic comedian/actor has built a legacy that will probably remain unmatched for all time.

The recent news surrounding Jim Carrey has a lot to do with his comments on Will Smith slapping Chris Rock at the Oscar ceremony a few weeks ago and something rather disconcerting. During an interview with Access Hollywood, Jim Carrey revealed that he is planning to retire from acting after the next Sonic the Hedgehog movie. For those who are unaware, he plays the main villain of the super fast, blue-furred hedgehog, Dr. Ivo “Eggman” Robotnik. If you didn’t think a live-action version of that character would work, just watch Jim Carrey work his magic in the first one and you’ll remove all doubts. Honestly, that is a performance that probably rejuvenated his career.

At least, that’s what we fans probably thought at the time. Before he joined the Sonic the Hedgehog movie, Jim Carrey was in a bit of a pit with his career. It honestly didn’t matter a whole lot, because he already lived through the glory days of his career. If you grew up in the ’90s, it was practically impossible to not see one of his hilarious comedies. Shall we talk about them? Why not?

For me, one of his signature roles from the ’90s is Loyd Christmas from Dumb and Dumber. Honestly, that is one of the greatest comedies in the history of movies. That is a comedy that you will never see anything similar be made in this generation. The premise is simple enough: two dimwitted friends go on a road trip to return a briefcase to a woman Loyd has a crush on. The only problem is, the briefcase was intentionally left behind and Loyd had no idea how to find her once they got to Aspen. And yeah, some of the humor gets a little dark at times, but that’s what made it so funny at the time.

Like I said, you might not see a comedy like Dumb and Dumber get made today. Then again, there was Dumb and Dumber To, but I think we can all agree that took about ten years too long to make. That was during the more recent years where Jim Carrey wasn’t making those lighting in a bottle comedies like he was in the ’90s. But again, that was past his glory days, which is why he was considering stepping away from acting. Now aside from this interview with Access, he has commented before on possibly retiring from acting. According to him, his pondering of retirement had more to do with his dissatisfaction of the industry itself. For a guy who has been a part of the industry for so long, it’s hard to say he doesn’t know what he’s talking about.

In his more recent interview with Access, he retained his position on being dissatisfied with how the industry has turned out, but aside from that, he ultimately came to the conclusion that he has done enough. Now before we break out the tissue boxes just yet, he did say he was only “fairly” serious about retirement. That could mean a dozen things, but I still just have a lot of trouble trying to fathom a world without Jim Carrey being in movies. I can only imagine it would be a world with a lot less laughs. Boy, can we just keep remembering the ’90s when prime Jim Carrey reigned supreme?

Okay, so let’s just consider the possibility of Jim Carrey not actually retiring. According to him, the only project he’ll come back for is one that presents him with the right script and right premise. And no, I don’t think the money will faze him at all. The man has been a superstar since the ’90s and he’s built his fortune way back before I entered high school. By now, the money is probably the last thing on Jim Carrey’s mind. If he is serious about retiring, but is equally as serious about doing more movies if the scripts are right, then we should believe him.

Personally, there is one particular project I would like to see Jim Carrey do. Again, for you ’90s kids, you might remember his most exotic role in a little movie called The Mask. Boy, that is by far one of his most underrated roles that not enough people talk about. Before he was the eccentric Riddler in Batman Forever, Jim Carrey was actually a superhero simply known as the Mask. The thing is, if you’re familiar with the comic, you’ll know that the actual character is far different from Carrey’s version. The actual Mask is extremely violent and kills his victims in some seriously graphic fashion.

By today’s standards with some more graphically violent comic book movies, a more accurate portrayal of The Mask can happen. Who wouldn’t want to see Jim Carrey reprise his role as Stanley Ipkiss and have some fun as a more violent Mask? Oh, I certainly would. There were rumors about a possible sequel happening with him returning, but after his talks of possible retirement, it sounds like that might not happen. Hey, that’s okay, because I’m confident a reboot of some sort will happen with or without Jim Carrey.

If Jim Carrey really is serious about retiring, we should all appreciate the career he has had and the hilarious movies he has given us. From Ace Ventura, to Liar Liar, to the Cable Guy, it’s just so hard to narrow down his best role. I have a feeling we’ll see more of Jim Carrey after Sonic the Hedgehog 2, but if not, we still have the rest of his filmography to enjoy. It’s all smokin’ good. See what I did there?