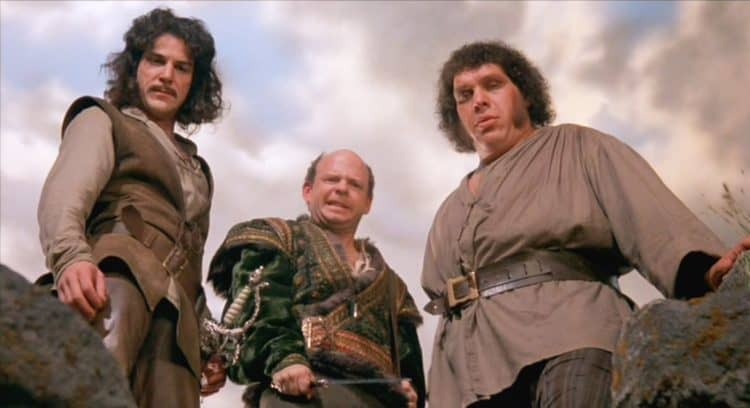 Is anyone really surprised by this? It’s been announced as Jessica Fisher of GeekTyrant and others have stated, but whether we’re going to see The Princess Bride as a Broadway Musical any time soon is difficult to say. Broadway has been taking just as big a hit as anyone in the entertainment industry since like the rest it does require people congregating, which is still a big no-no that some folks are starting to rail against. Like it or not though a lot of states are still pushing back on the people when it comes to getting out and doing whatever they want. People are pushing back of course, but for the entertainment industry, that needs the approval of those in charge to keep going, the current climate is one that’s doing a number on their numbers. A lot of productions have ha to continually reschedule their runs while some have had to fold up entirely. That’s a lot of people missing out on a lot of work, while some of them are no doubt well taken care of given that they earn a great deal per performance there are likely many more that absolutely needed this opportunity to shine. Some might want to say that it’s selfish to want to go back out, but trying to look at this current from pandemic from both sides is difficult since one side says that the virus is a hoax and a way to control the American people, while the other side is calling those people science-deniers that simply want to get out of the house to get a haircut. It’s a mess in other words.

Getting a little deeper into this, The Princess Bride as a musical could definitely work since it’s the type of story that opens itself up to a variety of ways in which the music could be introduced and used to great effect. Selecting the actors for each role might take some doing, but since it wouldn’t be a huge worry to be as spot-on as movie fans would love to see it might be easier to find people that are both skilled and eager to take on each role. Finding someone large enough to carry the part of Fezzik however might be a little bit of a challenge, not just when it came to actually finding the person but also when it came to finding a big person that had the kind of grace and balance needed to carry out some of the scenes. As you might have already thought, one can’t possibly take away the scene of Wesley and Fezzik fighting since it brings to mind a lot of happy memories given that the fights between Wesley, Inigo, and Fezzik were downright hilarious as well as quite friendly in a strange way. To see such fight scenes played out on stage would be kind of fun to watch.

As it can be said of many movies, this is one that a lot of us grew up watching and found a great deal of inspiration from thanks to the well-designed sets and very intriguing characters that were featured in the movie. To see it on stage would be a bit different no doubt since realistically there is a big gap between Broadway and the big screen when it comes to effects and settings, but overall the experience does sound worth it and could be seen as a very worthwhile expense, if and when it ever comes. A big hope is that in another month or two we’ll see things start to reopen and the entertainment industry start to ramp up again, albeit with safety measures in place to insure that everyone is doing what they need to in order to avoid getting sick or otherwise infect anyone else. Things are going to be quite different moving forward, and one can only imagine what the pandemic is going to leave in its wake when it comes to the entertainment industry since many studios and productions are already well behind where they wanted to be thanks to the shutdown, and this is only from March to now. No one wants to think about what might happen if the pandemic continues to last until June or even beyond, as there are more movies and productions that will likely be pushed back and even cancelled if the shutdown continues.

It has to be wondered just how long the entertainment industry can hold out if the pandemic continues to hold on, especially if the studios aren’t allowed to work. Believing that they’ll survive is easy enough, but thinking that they’ll have a lot of catching up to do is just as easy since it’s going to take a while to get everything back to square, if it happens at all within the next few years.