Home
Entertainment
Did You Know Disney World Has its Own Government?

Disney World having its own government shouldn’t come as much of a shock to anyone. Decades before the corporation began greedily snapping up the rights to any and every franchise it could, Walt Disney came up with the idea to purchase roughly 27,000 acres for no more than $5 million dollars, which was cheap even back then. Following that Disney applied for special legislature that would give him a free hand in what to do with his own land and the corporation. In a sense, he’d just created his own miniature government. Disney World was beholden to no one, answered to no one, and was free to do whatever they pleased with their land for the most part.

They can issue their own liquor licenses, their own building permits, and anything that they happen to need in order to keep the park running. Much if not all of it is handled in-house within the Disney corporation. They even have their own firehouses, emergency medical services, water supply, and even transportation services. It’s fair to say they’re a self-contained and self-sustaining system that doesn’t need much if any help from the world outside their walls. Plus aside from being a huge theme park that takes up a good chunk of Florida, Disney World is also great for the local economy since they employ around 62,000 people just inside the park. You’ve got to think that it takes an army to keep the place running and maintain the rides on a regular basis, so the number of people that work at Disney World has to be insane.

This is what happens however when you give a corporation a plot of land that’s big enough to house a city the size of San Francisco. Disney World’s ruling governmental body only answers to itself most of the time as they own and operate their own area of influence and in turn give back to the surrounding cities in terms of tourism and revenue created by those that come to see the park and also enjoy the nightlife that’s be had in other parts of the state. Florida is after all a humongous vacation resort shaped like a state in many respects. The fact that Disney World is one of the prime locations to visit when making your way to the state is something that’s seen as little more than a given considering that is why a lot of people make their way to the southeast of the US. Most people however are conveniently taken in by the fact that Disney World is so much more expansive than Disneyland and don’t think of the actual size of the place or the dynamics of how it’s run.

When you really factor in that Disney World is it’s own place, meaning that it runs itself in more ways than people realize, you get the idea that corporations are in fact given more power than they would have people believe. It might be disconcerting to some but with Disney World you can at least imagine that they’ve got the safety and entertainment of the masses in mind, not just dollar signs. 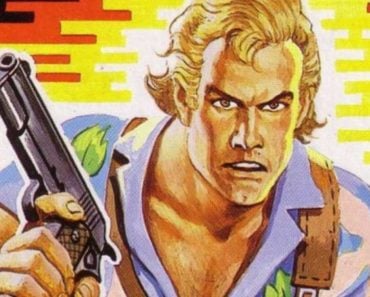