For movie fans, the end-of-year holidays and celebrations signal the start of a new year and the movie’s most significant awards season. As usual, submissions for movie nominations are already underway, but one such submission has had fans freaked out!

A look at Disney’s Oscar For Your Consideration movie list shows it is pushing to have Thor: Love and Thunder accepted by the Academy. While there’s absolutely nothing wrong with that in itself, some of the categories for which the movie is being listed have raised concerns.

Disney has pushed Taika Waititi’s Thor: Love and Thunder into most of the Oscars’ top categories. The movie has been submitted for Best Picture, Best Director, Best Actor, Best Actress, and Best Adapted Screenplay categories. If you’ve watched the movie, these aren’t unattainable categories, so what’s the fuss all about?

Is Disney Pushing their Luck Too Far? 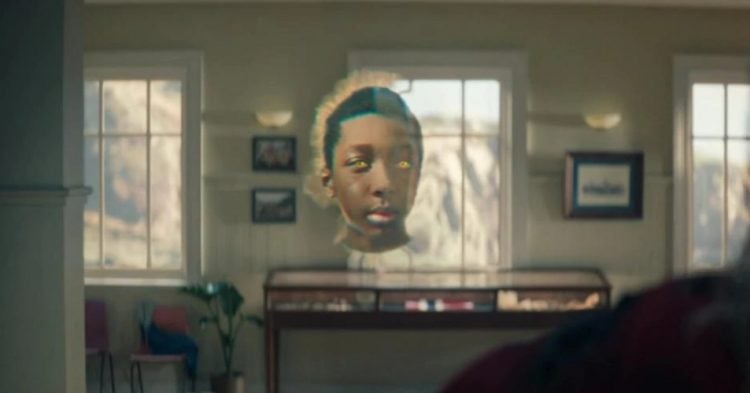 There’s no luck in trying, but even Disney executives shouldn’t be surprised if Thor: Love and Thunder don’t make a distant fourth. Luckily, there’s only one winner, and the rest are losers. However, Disney is not putting all of its eggs in one basket, as the company has more than enough movies to bank on.

If history is anything to go by, the first Black Panther, directed by Ryan Coogler, is the only Marvel Studio project to have even won an Oscar. Well, that says a lot! Would history be repeating itself at the 2023 Oscars? Only time will tell.

It was all banter and fun for twitter fans on Sunday afternoon with the news of Taika Waititi’s Thor: Love and Thunder Oscar submission.

Here are screenshots of some of the most notable tweets about the submission.

The most obvious of questions for Disney, as far as Marvel Fans are concerned, is why push Thor: Love and Thunder for Best Visual Effects? Either Disney somehow thinks the Oscar category is a joke or they actually believe the film had an impressive VFX. It’s one of those questions we know will never get answered. 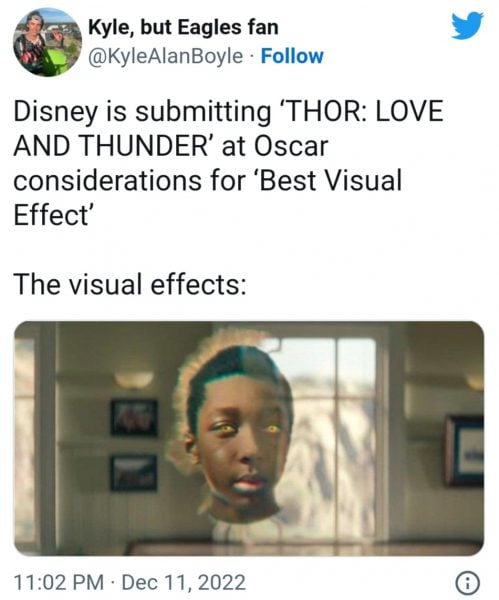 If ever there was any doubt about the visual effects used in Thor: Love and Thunder, @KyleAlanBoyle helps clear it. No matter how much you try to defend the movie’s submission, this tweet just makes you duck your head in shame. Let’s all admit it; watching this scene made us doubt if it was a Marvel production, even if it was for a second! 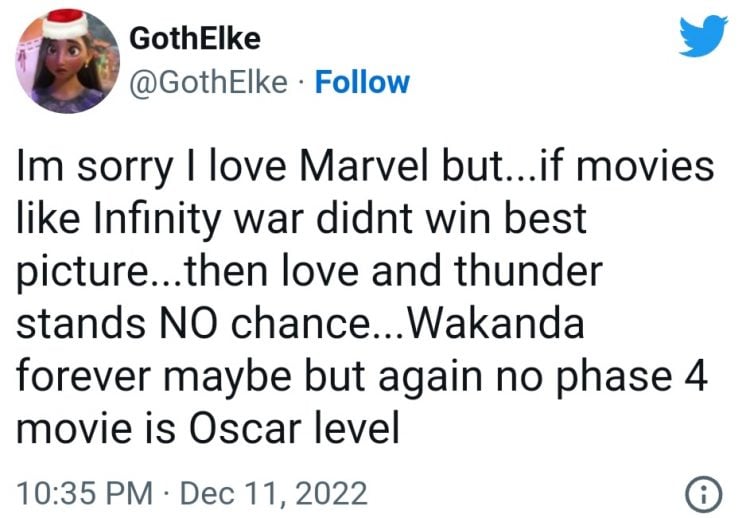 This Twitter user speaks for the majority on this one. We’ve seen noteworthy, extraordinary Marvel movies that never even won Best Picture. While others feel Wakanda Forever may stand a chance, this user isn’t even categorizing any MCU Phase 4 movie as being worthy of an Oscar win.

Where do we draw the line? 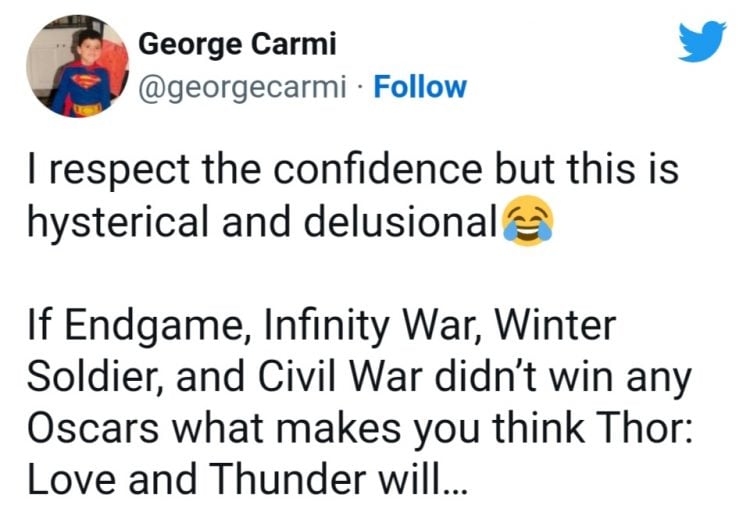 There’s always that fine line between being overconfident and being outright delusional. While we may argue about which side of the divide Disney currently falls in, @georgecarmi already has his answers. But his question stays valid. Putting all other top MCU movies that failed to win an Oscar besides Taika Waititi’s Thor: Love and Thunder is actually a disrespect to the others. 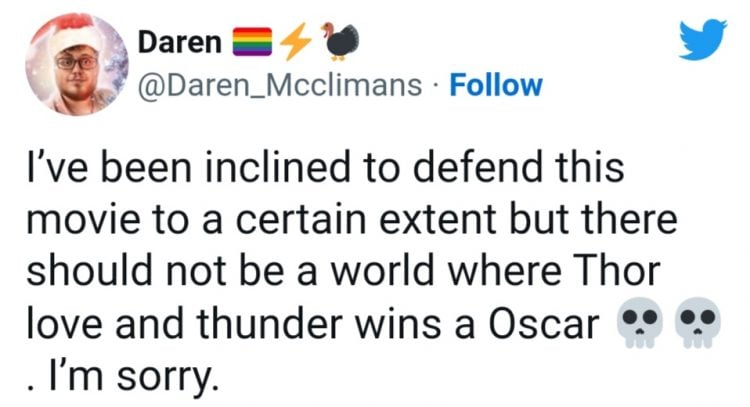 What do you think? Is Disney’s Thor: Love and Thunder Oscar submission pushing their luck too far? 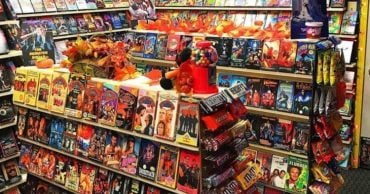 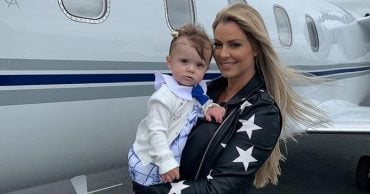 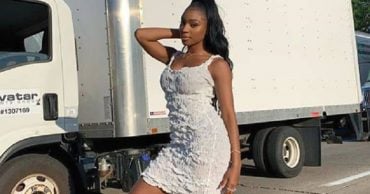 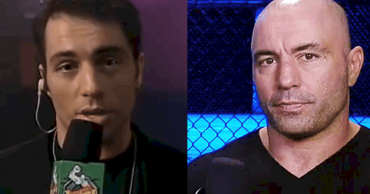 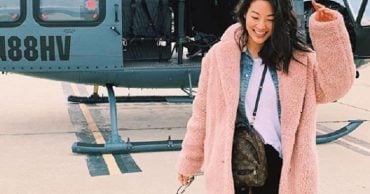 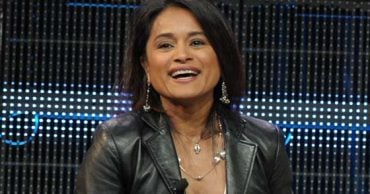