Home
Television
Invincible
Invincible vs the Boys: Which is Better? 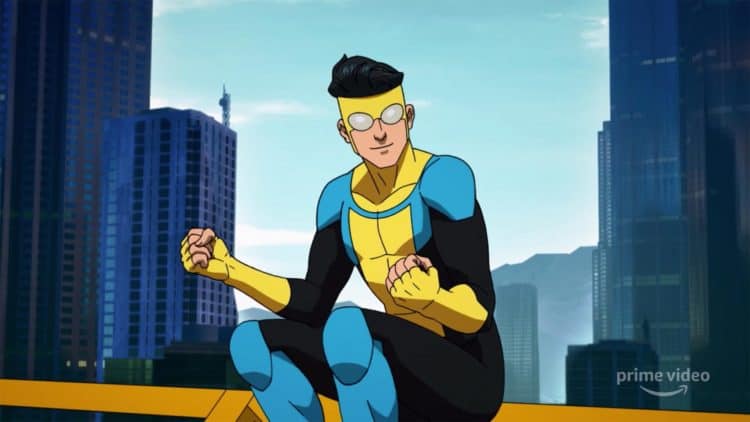 I don’t think there are many who would disagree that the comics craze has resulted in an oversaturated market. In such a situation it is increasingly difficult for series to stand out. One effective way to do that is to deconstruct the standard superhero format, and two of the best and most popular shows to do that are Invincible and The Boys. Both series can be found on Amazon Prime, but with so much entertainment to consume not everyone is going to have the time to devote to watching them both. So the question must be asked: which one does it better?

While blood and death are far from unknown in comic books and the media inspired by them, few go to the extremes that these shows do. The sheer power that would be wielded by a figure like Superman is usually restrained or used only for good, but not here. Here that power is shown in all its terrible glory, wielded now by those who mean us ill. The fragility of a human body in such superhuman hands is shown in both Invincible and the Boys, each of which has their own Superman analogue. They both tend towards the dark side, and the same could be said about the shows that feature them. However, there is a marked distinction in tone between the two. While both shows are undeniably deconstructions of the superhero genre, the extremes to which they go are quite different.

The Boys is a live action series, so it might be unsurprising that scenes set on other worlds or on the moon are nowhere to be found. There is a budget to consider, after all. However, even if it had been done in animated format such scenes would not, presumably, feature, since the Garth Ennis comic on which it is based did not have any to adapt. Ennis is well-known for his dark, wickedly humorous and downright depraved stories, with Preacher being arguably his most famous work. The Boys was always somewhat more grounded, though. A street-level story, as it were. Invincible, meanwhile, is more inclined to lean into the galaxy-trotting adventures style, both in the original comic by Robert Kirkman of Walking Dead fame and in the animated adaption. Here the choice of format plays in its favor, since the budget is no more busted by drawing a scene set on the moon that one set in a high school. As such, while Homelander might well be depraved enough to kill a planet, its the antagonist of Invincible who actually goes and does just that!

The shocks might come on a bigger scale in Invincible but they are far from missing in the Boys. You could say that the slightly more grounded format allows or inspires the writers to focus on more personal outrages. Gore and death, depravity, casual violence and even more casual misogyny. All these things and more can be found among the Karl Urban-helmed series. And they are found often. In truth, I would argue that they are found there too often. You see, while the Boys’ shocks are certainly shocking, they are also somewhat ugly. There is a cynical and almost spiteful tone to the series, one that almost seems to hate superhero stories in much the same way the titular squad hate those they call “supes”. This might appeal better to those who share the disdain, but as I do not I found myself appreciating Invincible’s style of deconstruction more.

The thing is, while Invincible immediately proves that it is not your typical superhero cartoon, in some ways it still is. The protagonist Mark is a hero. Just that. He is a young, brave, well-intentioned character. That he finds himself in a story that is atypical of the genre doesn’t change that. In fact, it enhances his heroism, just as he enhances the oft-surprising story being told around him. By keeping some of the tropes that make the genre what it is intact, Invincible manages to be both new and familiar. By throwing those tropes aside almost universally, the Boys becomes very much its own thing, for good or ill.

Many shows have profited from shock value over the years, but not all who do so stand the test of time. Oftentimes when the shock wears off there is little left behind to hold the attention. The cynicism that permeates the Boys doesn’t invite anyone to root for them, while the abused optimism present in Invincible goes a long way to making viewers want it and its more heroically-inclined characters to do well.

Which show will most appeal to viewers is in large part a matter of taste, but if I had to recommend only one, I would recommend Invincible. It deftly straddles the line between subverting some expectations and subverting too many of them, and is well-worth checking out.