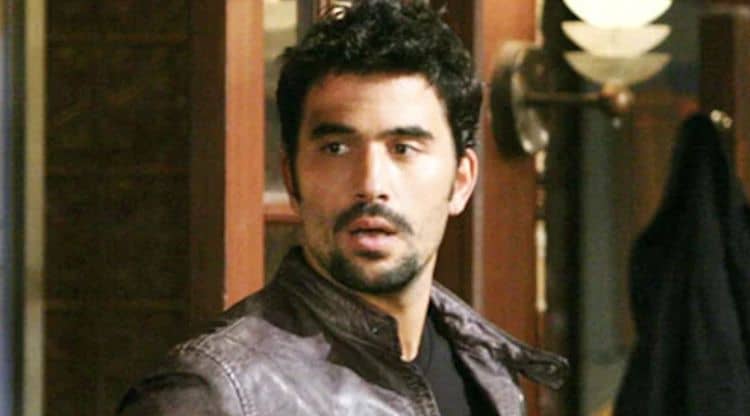 When Ignacio Serricchio was a little boy in Argentina, he knew he would do something big with his life. He might not have known at that time in his life that he would do the big things he is doing now, but he had an inkling that something big was his destiny. Now the actor is doing the biggest things like making a name for himself, and he’s killing it in the entertainment industry. He’s a talented actor, a handsome man, and it seems his fanbase grows by the day. Right now, he is doing huge things in his life, and he is proud of each of his accomplishments. It’s time to learn more about him.

1. He is Celebrating a Big Birthday Soon

Before we are too far into 2022, he’s going to be celebrating a milestone birthday. He’s going to turn 40 on April 19. He was born in 1982, which means he’s one of those kids whose childhood was not nearly as connected as kids now, and that is not a bad thing.

When he was done with his education as a child, he did not have to go to college. However, he is the kind of young man who knew his life would be easier and his future brighter if he did. He was accepted into the amazing Syracuse University, and that is where he obtained his degree in drama.

4. He Was in Primetime

When you’re a soap star by day, you may dream of being a primetime star by night – and he did just that. This is a man who did all the things, and he’s proud of it. He has been in shows such as “Privileged,” on the CW, and many more. He’s a talented man who has shown us he is well-versed in doing anything he wants, and that he is capable of doing more than he knows.

Growing up, he was in Argentina. He’s from Buenos Aires, but that does not mean his culture is pure Argentinian. He has a lot of different cultural backgrounds in his family. He is also a proud Italian and Hispanic, and he is always happy to share his cultural heritage when someone asks about how he was raised.

In addition to his primary language, he is also fluent in Italian. Of course, he has made it very clear he is also Italian in heritage, so it does not come as a surprise to anyone that he is able to speak such a beautiful language in a fluent manner. He also speaks English, French, Portuguese, and Spanish.

7. He Has Been in Everything

We mean everything – he’s not just a man in the things you see now. He’s been on Netflix. He was in daytime soaps. He was on primetime, and he’s even been on shows like “Bones,” and so many more. He is unmistakably talented when it pertains to his career, and he is capable of taking on many different roles.

9. He Left College for LA

Upon graduating from Syracuse and taking his diploma home, he moved clear across the country to live in LA and pursue his dream of acting. You didn’t think he got that fancy drama degree for nothing, did you? He left his home, he come to LA, and he clearly did well in the process.

If there is one thing that he is proud of, it’s what he has managed to accomplish so far in his life. He’s not yet forty, but he is doing things that many people merely dream of doing. Yet, here he is making his dreams a reality.