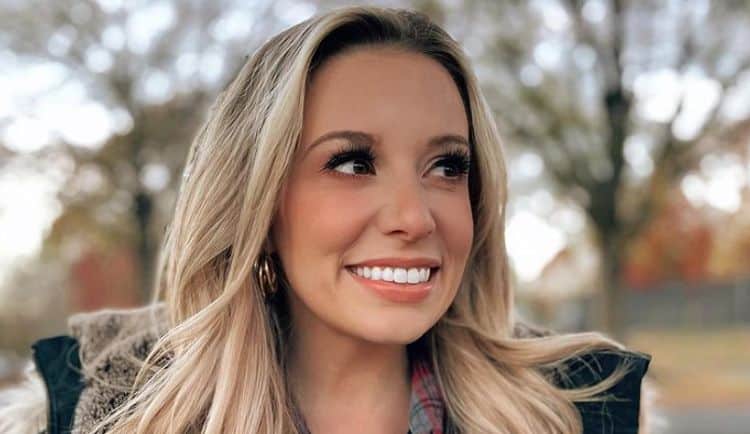 When you hear the name Hunter Haag, you might not know who it is. You might also assume it’s a man, but you’d be wrong. She’s a woman, and she is one of the women who is looking for love in the newest season of “The Bachelor,” and she’s not going to go down without doing her best. She’s looking for love on season 26 of the hit reality show with former football player Clayton Echard, and she’s someone worth getting to know. While things did not work out for him when he was a contestant on “The Bachelorette,” he is hopeful that he has a better chance of finding love when he’s the man dating all the women. It’s time to find out precisely who Hunter Haag really is, and some of her life stories might be fascinating to many.

1. She is a Princess

She really is, though. She worked as a princess at Disney World. She spent her time as a cast member working primarily as Rapunzel from Tangled, but she also worked as a few of the other princesses from time to time as well. It’s a hard job to do, and you must be in character all the time. This also means she had to know all things – every single little detail – about every princess in case she was working as one.

She is one of the few young women in the middle of the age range for this season. She is only 26. Some of the women are a bit older in their 30s, and some are in their early 20s. She’s right there in that terrific in-between range that might just work for him.

3. She is a Romantic

One thing that has always set her apart from so many others is her level of compassion. She is a woman who feels deeply and thinks things over, looks at things from the perspective of others, and focuses on what really brings her joy and happiness. Her compassion will likely come into play this season on the show, and we cannot wait to see what she brings to the table.

5. She is Every Young Girl

Her favorite book is a Nicholas Sparks classic called “A Walk to Remember,” which probably also means she’s a fan of actresses like Mandy Moore (who is also from Orlando, which is where Haag worked as a princess and cast member at Disney World). She is also into Justin Bieber, and she has dreams of being someone who finds love in a situation like those.

7. She’s into The Outdoors

The outdoors is a place she loves to be. If she can be outside rather than inside, you’ll find her there. There is so much peace found outdoors, and there is so much goodness that comes from being outside surrounded by nature and involved in things that make you feel good, strong, and healthy.

8. She Knows What She is Looking For

She’s looking for a man who is very much like herself, and that makes us wonder if she’s not into the opposites attract situation? It’s very common to find that those who are not too similar are the ones who find the most success in their relationships, but she might just want a man who has the same values and ideals, and the rest is less important. She is, after all, looking for love with a man who is compassionate and has values, and those are good things.

Her favorite activities include travel, and that is a good thing. She likes to spend her time focused on new places, learning new things, and visiting new cultures, towns, and cities. Travel does make you richer, and it does bring such a calm and exciting feeling into the world. We feel that.

She posts many photos of herself with her own dog, and we get the feeling that she’s going to appreciate the fact that the newest Bachelor is also a dog-lover. It’s something that might just work out well for both of them as they venture into this new life of love.