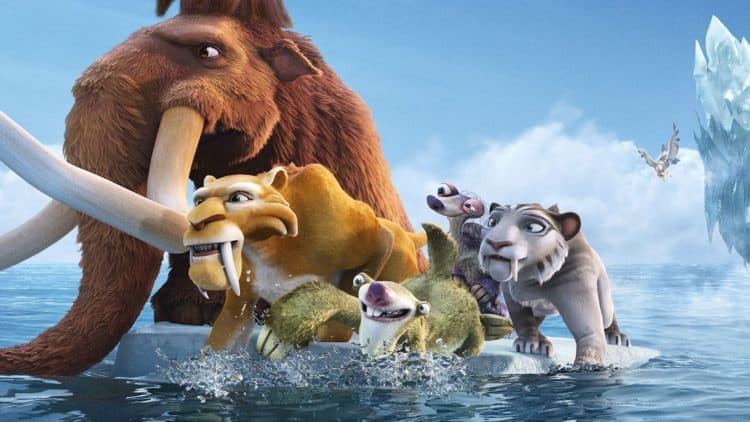 It is possible to grow tired of an idea that was around when a lot of people were still kids, even if the same actors are brought back again and again, but all the same, Ice Age is one of the many titles that’s been fun and has sought to teach children the value of a variety of things over the years. From judging one based on who they are and where they come from to instilling the kind of family values, complete with witty and sometimes ridiculous humor, Ice Age has provided the type of entertainment that many likely remember from their younger years. But how long is going to last? A lot of folks weren’t aware that the story had a fifth movie, and had no idea that there’s another installment coming starring Buck, who’s going to voice by Simon Pegg. But with rumors of the seventh movie coming out it’s easy to think that if the story has gone this far it might continue to push forward so long as the writers can find material to make it work.

One would almost assume that after a while, Ice Age would be shown primarily on streaming to make way for the new movies that are on their way to theaters. That type of assumption might be correct, but it’s still amazing to think that the story will keep moving forward. At some point however one would also think that it might be time to retire the story and move on since the initial cast that helped bring the story to life might have little to no interest in keeping things going for an extended period. It’s not too hard to think that the actors would want to come back for the last hurrah, but keeping them on the hook for their characters could be asking a little too much given that the actors that are voicing the odd pack of animals are bound to hit a scheduling snag here and there.

It might appear to have been a long time since Ice Age first come out, but some of us can likely remember 2002 like it was yesterday, especially if we were already grown and had less interest in children’s stories. The great thing about Ice Age is that the humor was kept at a level where kids could enjoy it, but was also elevated just enough that adults could have fun with it too. Manny, Diego, and Sid became favorites almost overnight, as did Scrat, the irascible sabretooth squirrel that’s the essential mascot for the show. As time went on though more characters needed to be added to increase the efficiency of the story and show a bit of evolution as the characters eventually grew and changed their outlook on life. Where Manny was at one point alone and thought that he would never be happy, he eventually found a mate in Ellie, who also came with her opossum ‘brothers’, Crash and Eddie. Eventually, Ellie and Manny became a couple, and then had Peaches, and Diego eventually became close with Shira. Throughout the movies the family dynamic has been seen to emerge, change, and change again, which is why it’s not too hard to think that the ideas for Ice Age could continue for a bit, but might need to end eventually.

Unless the fans are as invested in Peaches and her life moving forward it feels as though once the initial pack members start getting older and fading out it might be time to call it a day. There are bound to be a lot of adventures yet to have, but wondering where and when they might come has to be on the minds of those that are at the helm of this idea. It’d be easy to think that a lot of people might state that they don’t want to push this idea out and end it just for the sake of ending it, but there does come a time when the ideas might start repeating themselves and as a result, it’s best to simply move on or try to find a way to reinvent the idea to keep people interested.

Kids aren’t that tough to entertain at certain ages, but Ice Age has been something that kids and adults have been enjoying for well onto two decades now and it’s fair to say that if part of that market is lost then it might be time to hang it up. A gradual move toward the final reel would no doubt be a good move, but what will happen is anyone’s guess since fans might be able to get producers and directors to listen from time to time, but getting people to do one thing or another isn’t an ability the fans should possess in abundance.