Home
Television
Homeland
Homeland 3.11 “Big Man in Tehran” Review: “Get Me Out of Here” 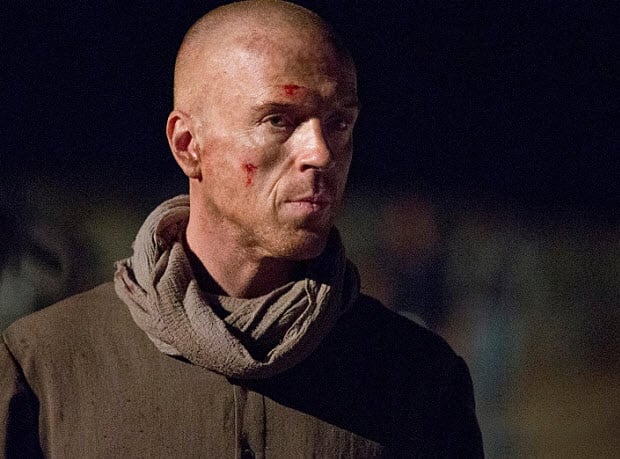 Homeland truly has been firing on all cylinders these past few episodes. The intensity that the series once possessed, the authenticity of the central characters of Brody, Saul, and Carrie, and the overall unexpectedness of the series that made it so much fun before are all back in full swing, and with Brody’s final words of the episode after he impulsively kills Akbari (“Get me out of here”), Homeland left me salivating for next week’s season finale, something I never would have thought possible back during the earlier part of this season.

Overall, the reason why most of “Big Man in Tehran” works so well, despite its overall pacing issues (I would have loved to have had more time in this episode to witness Brody’s transformation from terrorist seeking asylum into Iranian celebrity), is because it goes back to basics and plays to Homeland‘s strengths. In the short space of time that we have in this episode, Brody’s character regains all the mystery that he had back in season one of the show. Has he really turned on his country, and will he betray them in order to ensure that her survives? Or is he still going along with the plan and embracing the heroism that he has desperately desired, what is, in Brody’s eyes, his only means of redemption?

When Brody goes into Akbari’s office near the end of the episode, I suspected that he was going to kill him rather than sell out Javadi. However, I was unsure of what action he would take and, honestly, would not have been surprised with either. Neither decision would feel out of character for Brody, a man who has been constantly brainwashed and manipulated by puppet masters like Nazir, the vice president, and now even the CIA, because he has been so beaten and mistreated by both foreign terrorists and the United States government. His allegiances could shift at any second, but that’s because Brody should not feel obligated to help anyone, aside from Carrie who is the only person that has been his constant supporter.

And while it was great to have this focus on Brody within the episode and reestablish that inner conflict of whether he was a “good guy” or a “bad guy,” which drove most of season one, it’s also the reason why Brody’s character needs to exit Homeland if the series ever hopes to truly reinvent itself. With Brody being the most wanted terrorist alive and now having murdered the head of IRGC, there’s no feasible way that Homeland can weave Brody into the show’s central narrative, and furthermore, if the show tried to make him an integral part of next season, I fear that it would continue to repeat itself, always going back to the same formula of making the audience guess what side Brody is exactly on and whether he and Carrie will ever be able to find happiness.

And therein lies another important reason as to why Brody can no longer exist within Homeland‘s universe. If the show wants us to believe that Carrie, as erratic and irrational as she can be sometimes, is the highly regarded CIA operative that she was back in season one, it needs to eliminate the threat of Brody, Carrie’s one total blind spot. It’s Carrie’s devotion and, sometimes, obsession with Brody that has always gotten her into trouble with Saul and with the agency (loved Saul furiously chewing Carrie out over the phone in this episode by the way).  If Carrie and Homeland to rejuvenate themselves and move on from the issues that have plagued it most of this season (and somewhat of last season), then they need to let Brody go.

The only question is whether Brody will die or survive next week’s finale. (My money’s is on him biting the dust.) However, no matter what happens to Brody or how it happens, one thing is for sure: Homeland has set up for what should be a crazy and intense episode, and if this season’s finale is anything like Homeland‘s past two, the episode should most certainly meet those high expectations.

Carrie’s baby bump is beginning to show. I still don’t see a way that Homeland can work if Carrie has a child. What do you think will happen? Does she lose the baby? Get an abortion? Give it up for adoption? My theory: Brody dies and Carrie, wanting nothing to remember him by because it will cause her too much pain, will get an abortion.

I still can’t get over the last 15 minutes of this episode. Everything from when Carrie called Brody and realized that the CIA had sent men to kill him till that final scene where he kills Akbari was Homeland at its most thrilling.

Fara’s uncle doesn’t play as big of a role as I thought he would, but I’m still glad that Homeland found a way to incorporate him, along with Mira’s lover, even if they never amounted to anything more than plot devices.

Really liked that Homeland threw of us a curveball and had Akbari use Abu Nazir’s widow to vet Brody. It was a nice tie-in to Homeland and Brody’s pasts, and it was also a very well written and performed scene.

What did everyone else think of last night’s Homeland? What do you think will happen in next week’s season finale?