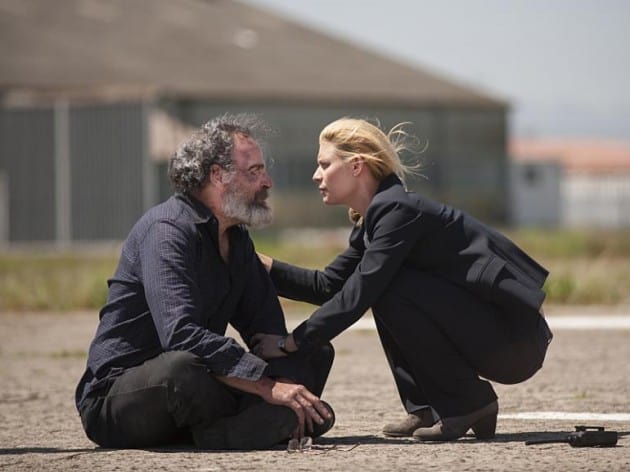 It’s amazing just how good Homeland can be when it forgets about ideas like “true love” and “soul mates,” and instead just embraces its espionage thriller side and focuses on what has grounded the series throughout its three-plus seasons: the relationship between Carrie and Saul. When Homeland does that, you are given series’ best episodes like last week’s “Halfway to a Donut” and last night’s “There’s Something Else Going On,” easily two of the best installments of Homeland since Season 2.

Most of “There’s Something Else Going On” is a slow-burn, as we see both sides prepare for the prisoner exchange and get Carrie, Redmond, and even Ambassador Boyd herself interrogating Dennis, who has been a mole of the ISI all season long. The first 25-30 minutes of this episode are extremely solid, from the scene in which Saul calms the little boy back (who would soon have a bomb vest strapped to him) into falling sleep to Carrie getting to call out Dennis for switching her meds. However, it’s all leading up to the prisoner exchange sequence, and what a fantastic sequence it is.

What Homeland has always been throughout its run, in some good ways and some bad ones, is surprising, which is why everything that happens on the tarmac is filled with so much tension. You really aren’t sure what will happen–if Saul will live or die, if this is going to turn into some big shootout–and the fact that it’s shot and edited so well together only makes it even more gripping.

However, as well done as all of the technical parts of the sequence are, it’s the characters of Carrie and Saul (and, yet again, the performances by Claire Danes and Mandy Patinkin) that make the entire runway prisoner exchange truly something special. Saul drops to his knees ready to die, determined to not let himself be a pawn in the terrorists’ game, and then Carrie walks out there to meet Saul and tells him how letting that little boy die (“They strapped the bomb to him, not us,” Saul tells her) would make him more like them, the enemies they’ve been fighting for 14 years. She pleads with Sauk, saying how she’s tired of all the dying and just wants to go home, and he finally agrees and continues walking, realizing that he must go through with this.

That small scene is as good as you’ll see on Homeland, when the show not only creates a tense and thrilling scenario (Will the terrorists detonate the bomb? Will Saul die?) but enriches it with the characters’ history. No one knows Saul better than Carrie, no one is more connected with him (except for maybe Mira), and the show illustrates just how strong their connection is with that tearful exchange between the two of them.

Of course, the episode doesn’t end there. There’s a few final twists, which set up the season’s final three episodes. Saul’s convoy is hit by RPGs, making Lockhart send all of the embassy’s marines to go and rescue him, Carrie, and the others, just as Haqqani and his men use the secret tunnel entrance to the embassy–a way in that they found out about from Dennis.

I’ve seen people complaining that this twist is a little too much like something 24 would do (and it is quite reminiscent of the terrorists invading the White House in Season 7). However, it’s not unlike Homeland to do some pretty ridiculous things (see Carrie getting captured by Abu Nazir in the show’s second season), and if it leads to some great dramatic moments, I’m more than okay with it. Plus, that final scene isn’t what made “There’s Something Else Going On” so special–it was everything that came before it. 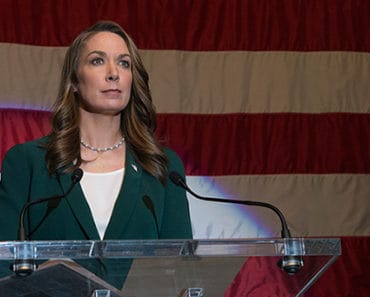 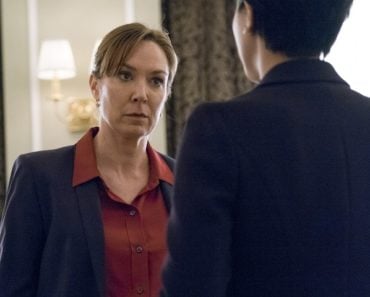 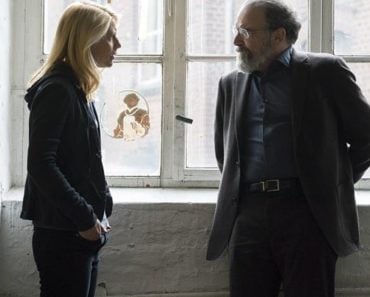 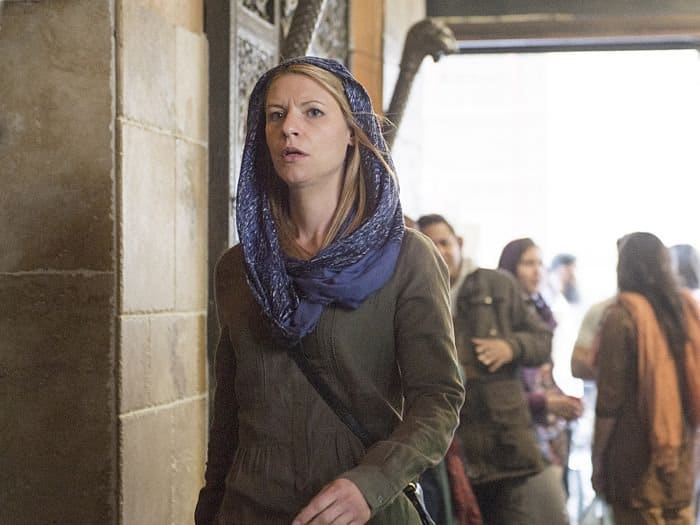 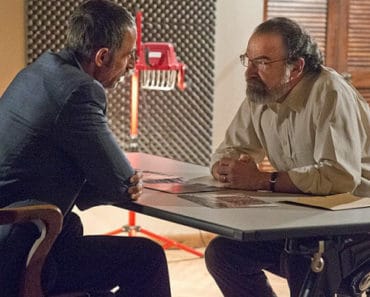 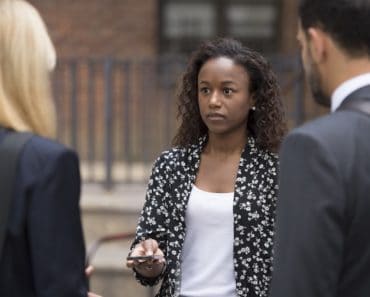