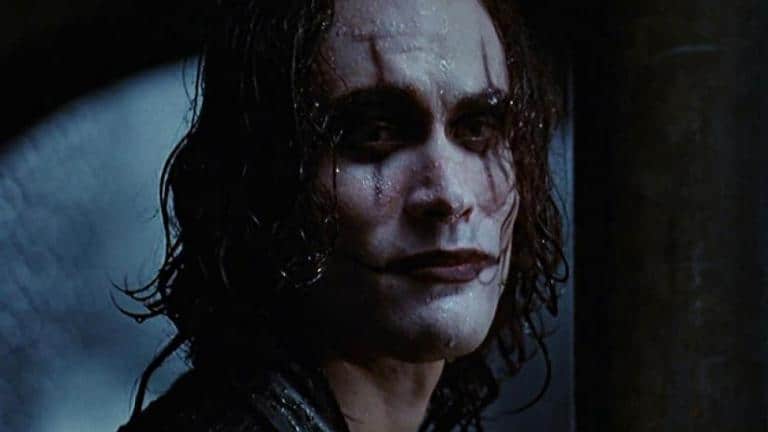 There are a lot of reasons why The Crow should have been kept to a standalone movie and I’ve likely covered a few of them, but the idea to keep things going is still out there and still circulating as many people, myself included, have attempted to state why and how The Crow might be revived. One big reason why it should be left alone, or should have been left alone, is that Brandon Lee was one of the best actors to take the role, and while Jason Momoa is quite popular, it’s tough to say that anyone has been able to take Lee’s place at this time, since he took on the role in a way that’s hard to follow. It’s been attempted more than once, but so far nothing has really come close to the original movie since it’s been a cult classic for a while now, and people have made it clear that Brandon Lee’s version is THE version. That’s about it, the fact that Brandon Lee is no longer around to make the story work once again is one of the biggest issues moving forward.

Unfortunately, it’s an issue that isn’t going to be resolved in any way that’s not controversial since a Deepfake isn’t going to solve the problem, especially since a lot of people would lose their minds if such a thing were attempted. Even the idea of replacing Brandon Lee with CGI, which has become a discussion over the years, is enough to make a person cringe since trying to think about resurrecting deceased actors through means of CGI might one day become the preferred practice. The Crow is one among many movies that would suffer greatly for this, and would still suffer with another actor that’s not as perfect as Lee was for the role back in the day.

It could be a resistance to change, since like many others I’ve seen the attempt at recreating and reviving The Crow, but it could also be that no one else has been able to capture the same type of energy that Lee had. It’s not simply a matter of acting the part, it’s a matter of actually becoming the character that a lot of those that have taken on the role haven’t done. It might make me sound like a broken record, but the point of all this is that there are times when a movie idea needs to left alone, at least for a generation, if not for good. People don’t want to accept this and often won’t accept it since they tend to believe that they have what it takes to make something work, that they have an idea that could revive a story and make it work. This is a good thing really since it means that ambition, innovation, creativity, and the desire to tell a great story aren’t dead yet, though it does feel as though Hollywood is doing the best it can to wring every dollar and dime out of the ideas that it grabs hold of so often. In some cases the fact that Hollywood runs on money is a little too obvious, but there are those times when it feels as though this unending grind is bound to hammer certain ideas into the ground in a way that will utterly destroy them.

That’s a bit dramatic, isn’t it? It’s the truth, but yes, it is a little dramatic since that appears to be what gets the attention of the people that need to pay attention to what’s happening to one story or another. Hollywood isn’t just the place where dreams and ideas are born and allowed to flourish, it’s responsible for the cultivation of said ideas as well, and the protection of ideas that might otherwise be destroyed by repetition without care, and representation without respect. Some would say that the sentiment that goes into this is ridiculous, that it doesn’t pay the bills and get the job done. But the truth is that while too much sentiment does in fact become overly sappy and not at all useful, just enough sentiment is bound to make people realize what they have and what they need to do with it. That can make all the difference in the world, and it can make money.  The Crow is just one of many stories that needs to be preserved and kept the way it is, though it’s fair to say that it could use a bit of evolution. But without Lee, and without a set direction that can take it to another level that will enhance the story in any way, the idea that it should have remained a one and done type of movie will remain. It might not be the most popular idea, but it’s one that several fans might get behind.