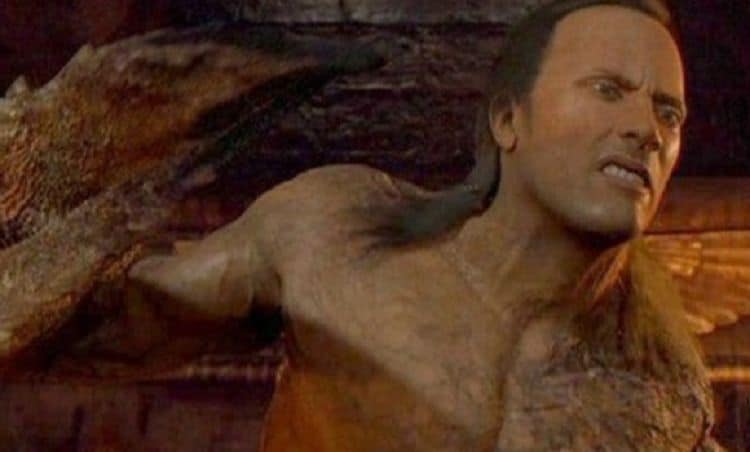 When it comes to talking about bad CGI effects there are a lot of winners (imagine the sarcasm) out there that would be sure to be kept in line to receive the award for worst-ever CGI, even if one takes into account how advanced the technology was or wasn’t when the movie was being made. One has to remember that a decade or two ago the advancements that we have today weren’t always available due to the cost and even then, they weren’t bound to be the best. But a lot of folks don’t really care much for excuses since they believe that something could have been done to make these computer-generated monstrosities come out in a way that would have been a little more convincing. They’re right in one regard at least, since the more practical effects that have been used for years might have been able to be used in order to create something that fans could have at least gotten behind, rather than horrible CGI effects that looked as though they’d been slapped together by a beginning graphics artist that was just trying to get a decent grade.

Here are some of the most brutal CGI effects in the movies.

Poor Samuel L. Jackson. He was given an opportunity to give such a great speech after being forced to run through a facility that was slowly being flooded by a trio of super-sharks, and just as he was about to devise a plan to get out, he was attacked and dragged backward, his arms and legs fixed in place as a very weak, anemic scream could be heard as his CGI doppelganger was pulled into a watery grave. As though to add insult to injury his CG counterpart was torn in half as another shark showed up to share the snack that the first one had procured. The way it happened makes one think that the shark should have been named Ripper, y’know, Flipper’s distant cousin?

Now this one kind of has to be taken into context since one has to remember that there wasn’t a lot of explanation how Jabba the Hutt went from being a human to being a giant slug creature in the third movie. But the manner in which this was done also kind of shows the limitations of the program that was used given that Han stepping Jabba’s tail is kind of amusing, but the overall effect is still a special kind of horrible even if it does the job of showing Jabba as people came to remember him. By the time the remastered edition came along, it would have been a little too late to retcon Jabba back into a human.

Again, this is another moment when it feels that the technology just wasn’t quite there yet, or perhaps it was and the producer didn’t want to shell out for someone that knew how to use it in the most effective way. The movie was actually pretty good without any debate, but when it came to the final plane crash it was enough to put your head in your hand and ask ‘why?’ unless a person was still ramped up by the action that had been ongoing for a while. If the line “Get off my plane” was good enough to see you through, then kudos to you, since this plane crash was just plain awful, in more than one way.

2. The Mummy Returns – the Scorpion King

It’s hard to know what to say to this one, especially since it’s not such a bad idea that the Rock was turned into a giant, Kafka-esque creature that was meant to be menacing, but the CGI was so bad that even trying to justify it was considered a sin at that point. If the acting had been a little better it might have been a little more forgivable, but seriously, this might have been better as a stage play that used a practical effect for the strange antagonist. What was even stranger was that when The Scorpion King came out, people ended up cheering for him as a hero, but as far as the continuity with Dwayne Johnson it never was fully understood how he went from the assassin/hero who would be king to bloodthirsty warlord.

So many people have chimed in on this one in recent years that some folks might have been a little nervous as to whether the Snyder Cut would do any better when it came around. Thankfully, that’s one thing that Snyder actually got right since this effect was just horrendous as it looked as though Henry Cavill’s upper lip and teeth were moving independently from the rest of his face. Of course, the reason for this misstep was that he needed to keep his mustache for another movie, but for some reason, the whole idea of a fake mustache wasn’t even a consideration apparently.

CGI is a lot of fun to watch when one has to squint to tell what’s real and what’s not. But when it’s obvious, hoo boy.

You Had to Expect a Petition to Save Cowboy Bebop