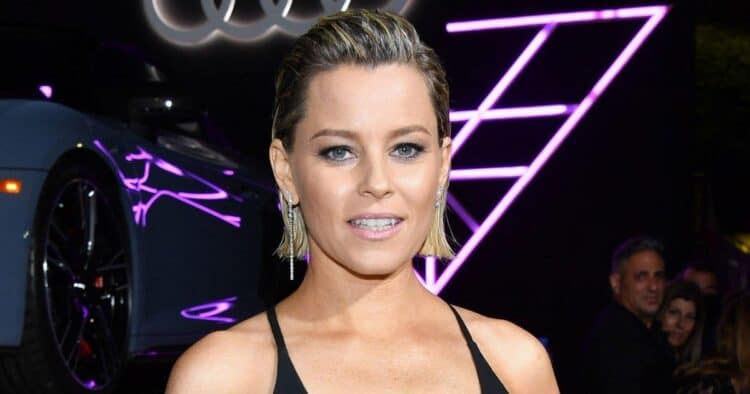 It feels as though plenty of people are going to give Elizabeth Banks a lot of slack when it comes to her next project, Cocaine Bear, which is based on a true story. The reason for going against that particular tide is that Banks has her successes and defeats, but after Charlie’s Angels, it feels as though she’s primed and ready to clap back once again with one explanation after another of why her movies are better than people give them credit for. Plus, the idea of glamorizing the death of a creature that ingested enough cocaine to kill an elephant, or two, feels like something that might cause a few issues to pop up since like it or not, there are still plenty of people out there that might have an issue with creating a tale out of the misery experienced by a wild animal, even if it was a strange case of happenstance. It’s easy enough to agree with a lot of people when it comes to telling those that might have an issue with an animal being exploited to chill out since it’s not likely that Banks is going to stoop to that kind of low.

But Cocaine Bear already sounds like something that would be best to send straight to streaming since the premise is simple enough, no matter how unbelievable it might be. One has to wonder why a bear would ingest so much cocaine, but it’s fair to think that Banks will end up making this movie into something that she believes will sell, and will gladly say whatever she has to save face or try when it comes to people wondering what in the world she was thinking. How she’ll turn this into a feminist, or female empowerment movie has yet to be seen, but it does feel that if she can do it, then she might take that chance.

From one angle, a coked-out black bear might present a horror film idea that taken on its own, might be something that might be kind of interesting, at least in theory. But taking from the actual news story and creating something that’s bound to be anything but realistic feels iffy even for a fictional movie. It could stand a chance of being one of the more morbidly interesting movies out there, and there is a small chance that people will go along with the idea simply due to the desire to elevate Banks a little more based on their own opinion of her as a ‘frustrated actress’ who became a determined director. But if there’s a tipping point, and it feels that this might be closer than many people want to think about, it’s that she might end up pushing a viewpoint that many either don’t fully understand or can’t get behind. The fact is that Banks is a celebrated actress, and many still happen to think that because of Pitch Perfect that she has a good handle on being a professional and even-handed director. But after Charlie’s Angels, that credibility took a big hit since whatever frustrations she had toward her acting career appeared to go straight into her directing career.

Plenty of people are going to defend her and that’s how it should be since one opinion doesn’t make the world go ’round. But thinking of a movie with the title Cocaine Bear brings to mind a lot of images that just don’t mesh with anything that screams success unless the title is being metaphorical or symbolizes something entirely different. That’s not the case here, since the movie is about a black bear that ate cocaine, literally. Seeing what Banks intends to do with this movie is intriguing enough to talk about, since if a human is coked out of their mind it becomes a matter best left to the cops, and in some cases, it becomes a movie that’s absolutely nuts since there’s no telling how each individual is going to react to such a drug. But the sad fact of the real-life story is that the cocaine-eating bear probably died a very painful death thanks to the overdose that was brought on by taking in such copious amounts of white powder.

Thinking of what Banks is going to do with this story and how she’s going to spin it is bound to interest a lot of people, but it’s fair to say that others are either going to look at the movie askance or be horrified. It’s tough to say what a person’s reaction to this movie is going to be like, to tell the truth, since it all depends on how it’s handled and what happens during the story. But no matter what happens, it does feel as though there are many roads to failure with this project thanks to the subject that’s being taken on, and a few very slim roads to success. And the latter happens, I’ll be one of those to admit that I was wrong.