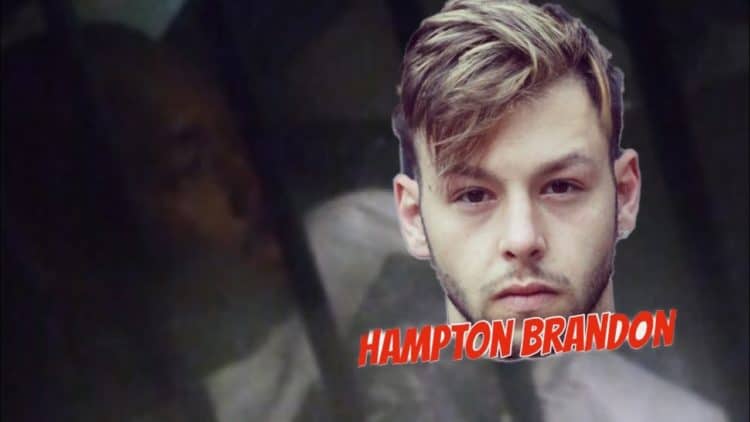 Remember when our parents shook their heads in disgust every now and then at the people we chose to watch and choose as our role models? Imagine how the parents of those that follow Hampton Brandon, one of the most annoying and problematic streamers that YouTube has ever seen, must feel. The guy is nothing but a walking confrontation and in order to find something good about him you would absolutely need to ditch every last moral and bit of ethical thinking you possess in order to get on his level and discover just what it is that makes him so popular. Honestly, watching his videos I was attempting to wait long enough to hear something intelligent come out of one of his feeds, just to be able to be evenhanded with this article, but after nearly a half hour of going through the feeds my brain actually started to hurt.

Here’s a few things that might explain who he is, but not really why he’s the way he is.

What in the world did we do before YouTube? Well honestly a lot of us should be able to remember since it involved going outside more and noticing the world around us rather than living vicariously through our screens. But to think that a guy that’s openly a menace to society is deemed popular by anyone is kind of unnerving.

9. He makes some pretty outlandish claims.

He can run faster than anyone in Kenya, he’s the mayor of Austin, and so on and so forth the list goes until you might just suffer a massive headache from the lunacy that you read or listen to on his feeds. The guy just doesn’t seem to know when to stop.

8. He was arrested by a bounty hunter.

He was brought in for about six outstanding warrants, none of which seem to be anything small-time as they involve felonies that are still on his record. You really want to at least try to argue for some measure of intelligence with this guy since he’s smart enough to have his own YouTube channel, or did until he was banned, but he just makes it so hard to really root for him unless you have a decided lack of maturity.

7. He’s been detained while on live stream.

Worse yet is that he seems to be proud of it and will keep jawing away while he’s being detained and then once again as he’s being driven to the station house. Whatever mechanism exists in the human body to put an end to the talking when it needs to happen doesn’t seem to exist in Brandon. It’s not just faulty, it’s as though it was never there to begin with.

6. He’s been released by the police before despite racking up felonies.

Thanks to the legal system that somehow lets guys like this go even when they’ve committed a felony it’s a belief that he’ll be back at it again after being arrested and handed down a bail of $100,000. If that does happen then something is very wrong with the system, but of course a lot of folks do know this.

5. He’s tried to fight someone on live stream.

It’s one thing to want to fight someone if they’re being aggressive and not allowing you to just walk away, but Brandon was in a department store acting like his usual self, disrespectful and ready to cause trouble, and he was adamant about fighting someone but apparently wanted to puff up his chest and do absolutely nothing. He even waited outside the store until he realized that someone was calling the cops on him. Yeah, tough guy.

4. He tried to break into someone’s home on live stream.

3. He seems genuinely confused when people call the cops on him.

Ever notice how troublemakers don’t seem to think they’ve done anything wrong and are confused as to why people want to call the police to deal with them? In Brandon’s case it’s probably a good idea that they do since the first fight he got in he might find himself on the ground rather quickly.

2. He seems to enjoy escalating situations.

Those that know don’t talk, those that don’t know can’t stop talking. You should only need a second to figure out which personality type Brandon is since it’s honestly hard for anyone around him to get a word in.

1. The guy likes to play the victim.

You’ve got to shake your head and laugh at people that think they’re awesome when things are going their way or they have backup, but then play the victim card when they’re outmatched.

Again, I did try to find some positive elements to put into this article, but it seems easier to climb Mt. Everest without oxygen at this point.