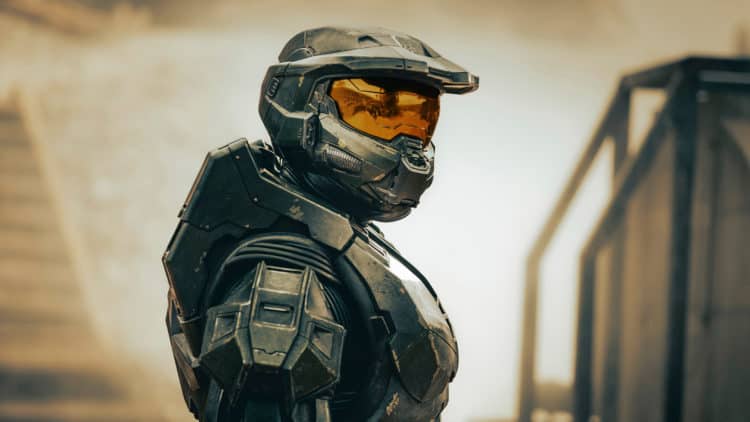 It’s not at all surprising that the first episode of Halo on Paramount+ has already divided the loyal fanbase. But speaking as someone that was looking forward to Halo and doesn’t know the overall lore, this was rather enjoyable. If one doesn’t know what they’re missing it’s likely that many dedicated and hardcore fans are going to tell them, but at the same time, looking at Halo as an action series, without trying to delve into the overall lore of the story, makes it easier to state that yes, this was an enjoyable first episode. Whether more fans of the games will come around and realize that this interpretation is going to be its own story and that the overall lore might be introduced from one episode to the next, is hard to say. But the action was great, the portrayal of Master Chief by Pablo Schreiber, who so rarely plays such popular protagonists, and the great lead-in to the sudden parting of ways between Master Chief and his own people feels like an awesome start.

Perhaps one of the biggest surprises is Pablo Schreiber since this actor has played several different characters, but often his most memorable characters are those that are larger than life and usually very self-serving. Seeing him emerge as Master Chief is pretty cool since he is a great actor that doesn’t appear to get enough credit at times, and there’s no doubt that fans were hoping for someone who could take the reigns and make it work. Trying to guess who Master Chief would be portrayed by was likely something that made a lot of people wonder since it’s fair to think that some would expect a square-jawed individual that had been made to appear battle-hardened and a little grizzled. But while Schreiber doesn’t give off the classical hero look, he has a commanding presence that’s easy enough to get behind since his ability to come off as one character or another is impressive, as can be seen in other performances that he’s taken on in previous years.

His time as Mad Sweeney in American Gods made for a great showing, as did his role in Den of Thieves. If one really wants to see him in a great but diabolical role then they can watch Law & Order: SVU, when he went head to head with Mariska Hargitay’s character, Olivia Benson. The point is, Schreiber is a surprise in this role, but he’s still fun to watch since from the moment he takes off his helmet to show that he’s serious about helping the last surviving member of Madrigal, it becomes clear that whatever happened after touching the alien artifact, he’s his own man, more or less, and is making his own decisions. The control that the USNC had over him is taken away, and more than that, the alien artifact shuts down the hangar and the technological capabilities that the USNC was about to use to keep John grounded while firing up the systems in his own ship so that he and the survivor could make their getaway. Of course, this means that next episode, the chase is on, and whatever happens, is bound to further irritate and excite the fans as they wait to see what’s going to happen.

This is pretty typical when it comes to adapting a franchise that’s already been popular for a while, since the fans of the said franchise are going to want to see an accurate (in their minds) representation of their favorite characters, settings, and various other elements that they don’t feel should change. The fact that directors change anything is a point of contention that many fans aren’t willing to let go in an attempt to simply enjoy the show or movie and get on with their lives. The hope is that Halo will continue to get better with each episode and perhaps win over those that are still skeptical, but we’ll have to wait and see what happens. As it stands right now, this feels like it could be a great show moving forward, and it might even happen that more and more fans that are against this version of Halo might come to see that the action and the adherence to at least some of the lore could go a long way toward enjoying the ride.

Just getting into the idea though, and as I mentioned, not as a lifelong fan, Halo already looks like it’s going to be something intense and easy to appreciate for the action and the fact that Master Chief and his fellow Spartans are deadly enough to have gained notoriety with their enemies, and a certain level of caution from their allies. How things unfold from here is going to be interesting, and it’s bound to continue the divide within the fanbase, which is also intriguing to see.