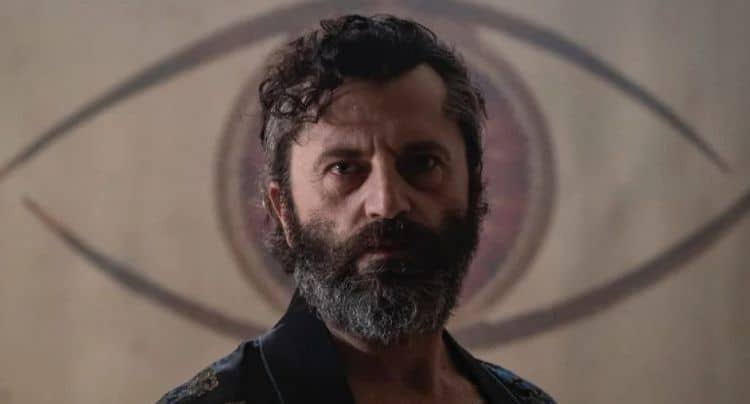 Guido Caprino is a name that some American viewers may not be familiar with, but in his home country of Italy and other parts of the world, he’s a pretty big deal. Since starting his professional acting journey more than 20 years ago, he has become a fixture on the big and small screens thanks to a variety of projects. His most recent role as Bronson in the TV series That Dirty Black Bag has helped him gain lots of attention. He doesn’t plan on stopping there, though. He also has a couple of projects in the works that are sure to continue to cement his legacy as one of the most talented stars of his generation. Here are 10 things you didn’t know about Guido Caprino.

1. He Is An Award Winner

Winning awards is something every actor looks forward to. After all, it’s always nice to know that your talent and dedication are being appreciated. On top of that, an actor’s legacy is often measured by the number of awards they’ve won. Guido has already taken home a couple of awards and he hopes to win more in the future.

2. He Went to School to Work in the Dental Field

Guido’s path to becoming an actor doesn’t look the way you might expect. At one point in time, he was focused on a completely different industry. He went to school to become a dental technician. However, we weren’t able to find any information on whether he ever worked in the field.

Guido is a natural in front of the camera, and acting isn’t the only way he’s shown that. Before his acting career took off, he did some modeling for advertisements. It’s unclear whether he got to model for any major brands, but that work helped set him up for success as an actor.

4. He Started His Career on Stage

Many actors pursue on-screen opportunities because they tend to pay better than theater work. However, that doesn’t change the fact that the stage is where many actors feel most at home. After finishing his acting training, Guido started his career by appearing in theater productions.

5. He Is A Very Private Person

When you work in the entertainment industry, it can be easy for your personal life to become public fodder. However, Guido has always been careful about what he shares when it comes to his personal life. He has chosen to remain very private over the years so there isn’t much information about who he is outside of work.

6. He Has Nearly 40 Acting Credits

Breaking into the entertainment business is hard enough on its own, but staying there is even harder. The fact that Guido’s career has been going strong since the early 2000s is definitely something worth being proud of. Guido’s IMDB page shows that he has 38 acting credits which include two projects that have not yet been released.

Aging is often seen as a bad thing for entertainers. After all, it’s no secret that casting directors are often looking to cast younger people – even when roles call for older actors. However, Guido is one of the many examples of how getting older can truly be a beautiful thing. He turned 48 in 2022 and he is embracing the fact that aging is inevitable.

8. You Won’t Find Him On Social Media

Social media has made it easier than ever before for people to stay in the loop with their favorite actors. Sadly for Guido’s fans, though, social media isn’t something he’s into. As far as we know, he doesn’t have a profile on any social media platform. However, since we know that he’s private this isn’t much of a surprise.

Guido’s acting isn’t the only thing that people have been paying attention to over the years. There are some people who also have a thing for his feet. An online database of celebrity feet called Wikifeet shows that Guido’s feet have earned a 4.25-star rating. The website also has several photos of his feet if you want to see what all of the hype is about.

10. He Has Several Fan Pages

Guido may not be into social media, but that hasn’t stopped his fans from creating fan pages for him. There are several fan pages on Instagram dedicated to Guido. These fan pages share content and updates related to Guido’s career and it can be a great way for his fans to stay in the know about what he’s working on.