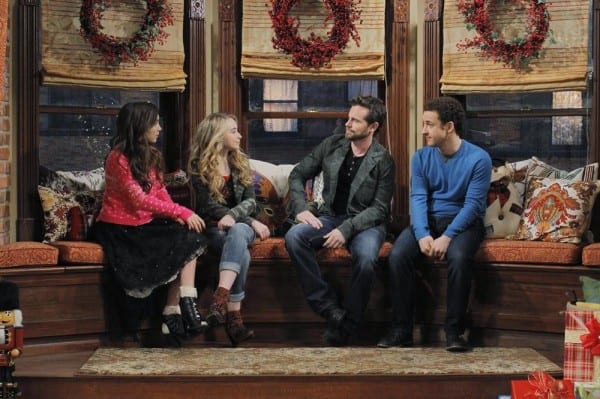 As I’ve stated many times before on this site (and will, I’m sure, continue to do so in future articles), Boy Meets World is one of my all-time favorite shows. The 90’s sitcom, which originally aired on ABC and helped anchor the network’s TGIF block for years, was the perfect combination of over-the-top, wacky comedy and unflinchingly honest emotions.

So when it was announced that Boy Meets World was getting its own spin-off, a Disney Channel series called Girl Meets World, which was to focus on Cory and Topanga’s daughter Riley, I was both excited and hesitant; I wanted to see my favorite characters again but didn’t want it to tarnish the legacy of the original series. When I finished watching the pilot for Girl Meets World, I wasn’t very impressed, and in the times I’ve continued to check in on the series since then, I’ve felt pretty similar–its’s a lot better than most of what’s on Disney Channel but that doesn’t necessarily mean that the show itself is good. However (and perhaps this is just my nostalgia swaying me), I thought this past Friday’s holiday-themed episode of Girl Meets World, entitled “Girl Meets Home for the Holidays,” was incredibly solid, and despite some typical Disney Channel forced-humor moments here and there, I would argue that, for the first time during its freshman season, the show actually captured the spirit of the original Boy Meets World.

The main reason for this could simply be the Shawn Hunter of it all, as Rider Strong, along with William Russ and Betsy Randle, who played Cory’s parents, Alan and Amy, reprised their roles from Boy Meets World in this episode. Cory and Shawn did and still have one of the best television bromances of all-time, and it was great seeing Strong share the screen again with Ben Savage. Part of me wishes we had gotten some flashbacks to their glory days on Boy Meets World, but I need to remind myself that this show is about Riley and Maya (although “The Cory and Shawn Show” that the two life-long best friends come up with in the episode may have been the spin-off we really needed). 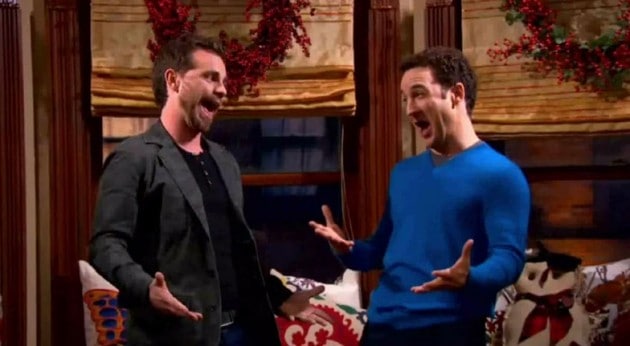 But if I really do my best to check my nostalgia at the door, I think what made this episode work more than ones in the past was that it had that realness and honesty to it that could be found in some of the best Boy Meets World episodes. Sure, Riley and Maya’s scheming comes across a little awkward and forced at parts, but hearing Shawn talk about when he was there for Riley’s birth, or his confession to Cory about wanting kids and a family of his own, were well-written and well-acted and reminiscent of many of Shawn’s struggles in the original series.

Plus, after all the talk about how Maya has been Riley’s Shawn and that there are similarities between the two of them, we finally get to see just how much the two have in common, and Girl Meets World smartly, if not smoothly, teases a possible father-daughter-esque relationship between the two. If Rider Strong is willing to make more appearances (which I’m sure he will be, especially given the announcement that Will Friedle’s Eric and William Daniels’ Mr. Feeny will be showing up on Girl Meets World in Season 2), the connection between Shawn and Maya is definitely something I would like to see explored. I don’t even need a full-on adoption storyline like we had with Mr. Turner and Shawn in the second and third seasons of Boy Meets World–I just want to see these characters that I got to know and love over seven years be there for these new kids in the same way that the adults in their lives were there for them.

And really that’s what excites me most about Girl Meets World and its most recent episode–the fact that the show, when at its best, could not only open today’s kids’ eyes to Boy Meets World but, in its own way, be as emotionally powerful as the original series was. If the show can continue to deliver more episodes like “Girl Meets Home for the Holidays,” I think it has a really good chance at doing so.