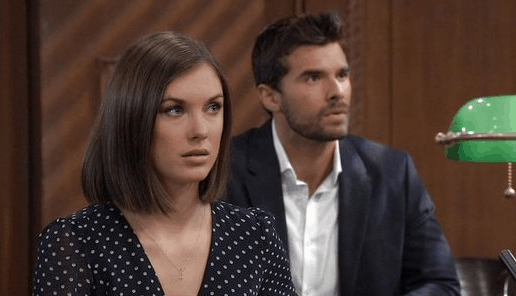 General Hospital fans are all worried about Bobbie. She’s come a long way over the years, but she’s got her own issues to face in the meantime. She’s a woman who has been through so much, she’s had so many things happen to her, and she’s managed to come out on top no matter how many times she’s lost things so important to her. She recently spent some time focused on Lucas and his problems, and she offered him some advice that might just change his life. On the same note, however, she also realized that everyone is in a precarious situation in their lives. And now, she is too. She’s fainted, and we have so many things going through our minds. She is a woman who is making some changes in her life, but not we wonder if she’s been a target. Did she faint because she’s simply unwell, or did something make this happen?

There are so many ugly people in Port Charles right now that it’s impossible not to wonder if someone did something to her to cause this. Then there is Chase, who made an arrest that he did not see coming. Maybe we all saw it coming in some way, but the truth is that what he did was not something we saw coming in this way of living. He is a man who has a lot going on in his life, but he is also a man who has made some big enemies. Will this arrest make him a stronger person, or will it make him one that is going to have some bigger issues in his future? We cannot decide in any way how this will work, but we can figure out that it might just have a bit impact on the way his investigation is going.

Julian is on a mission to do whatever it takes to protect his family. He’s got some problems of his own to face, but he will not do this lightly. Nor will he take things into consideration other than the fact that he has to focus on what he has to do to keep them safe. He’s had a rough time trying to convince those around him that he is in this for the right reasons — and that’s probably because he is big on keeping secrets and creating problems more than he is anything else. But, we can say with some certainty that he is going to try to keep his family safe using whatever means possible. He will keep his daughter, his sister, and everyone they love safe if it is the last thing he does.

Curtis and Sam finally have a chance to catch up, and they have a lot of catching up to do. There is so much that has happened since they had their last conversation, and they are both trying to figure things out the best that they can. They have so much promise in their lives, but only if they can get their situation to work in their favor. Right now, of course, we aren’t sure that they do. We aren’t sure that they can figure out a way to make sure Shiloh pays when he seems to be one step ahead of them at every turn. He’s on top of things, and they have to figure out how to take him down, figure it out, and win this battle once and for all.