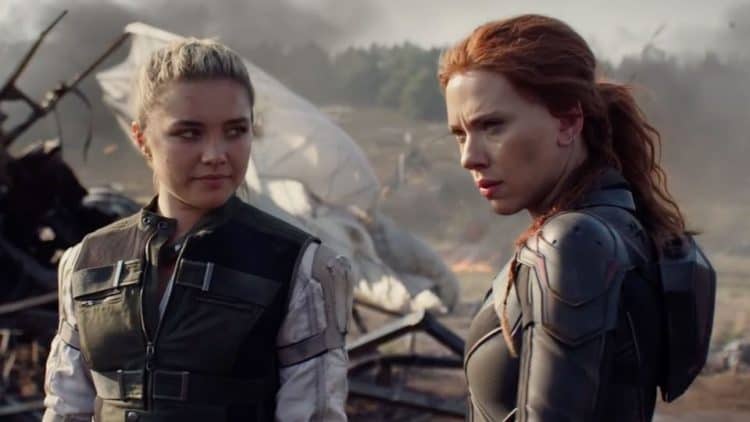 Black Widow was a pleasant surprise. Never the top of my Marvel to-do list, I wasn’t sure what to make of it. The smart money had Johansson’s long-tenured Avenger coming back from death despite sacrificing her soul in Endgame’s final act. However, the inexplicable interquel between Civil War and Infinity War allows her legacy to live on while letting the dead remain dead.

Black Widow’s death never seemed as much of a done deal as Tony Stark’s. Her sacrifice saved humanity from repeated destruction, and as far as we know, her specific sacrifice came with somewhat absolute rules. Still, knowing that a sequel was on the way, I assumed Black Widow would enter through another Time Travel plot or when the multiverse opened its doors. As we saw with Loki, however, both can be in play at once. However, at the end of the day, Black Widow both gave the hero the solo journey she deserved and made her exit, at least from the future timeline, more sincere.

Black Widow may best sum up the problem that the MCU has with its female protagonists. From Oscar-winners such as Natalie Portman being little to do through two Thor movies but be rescued and support him to Tony Stark’s not-quite-kosher relationship with several women early on. Although the MCU remains a largely sterile place past one or two references here and there, the female characters, in particular, experienced the same objectification that women did around media in general.

Natasha was no different. Introduced as the attractive, feisty young assistant who initially serves as little more than eye-candy to the insatiable billionaire. Every male director seemed to add their own unique brand of reductive quirks to Romanoff’s personality. Joss Whedon’s, whose recent downfall paints a man who spoke out against the same things he enabled, made her the go-to girlfriend in not one but two Avengers films. As society progressed, Natasha got more badass. Still, her work was always in the service of the nearest man beside her, and even if the Russo’s helped to give her more dimensions, she rarely got autonomy past her inevitable death, which, of course, came so that the man beside her could live and raise his family.

The former of these were products of their time, with several current films still falling into the same objectifying traps. The latter is not so much an outright flaw as it is a portrait of the women in the MCU. When Captain Marvel finally broke the mold and showed that women, too, could get superpowers and use them better than most men, Marvel finally gave its multiple Oscar-nominee, Johansson, the green light for a project of her own.

Johansson feels more comfortable in Black Widow, getting a chance to show some wits beyond snapping back at one of her male teammates. While Johansson is the movie’s star, it really seems like the film serves more to bring Florence Pugh into the MCU than it does to bring Johansson back. Call it a happy accident based on 13 years of sexism before or a calculated move to let Johansson go out in the spotlight she never got before her screen-demise, but Pugh shows that there’s more Romanoff to give, even if it’s not the one we know.

Black Widow could be written back into the MCU with one or two sentences. If Marvel was already liberal with the way their characters left for the great beyond, a multiverse can only serve to make that better or worse, depending on who’s asked. However, Pugh gives them a similar template, the trained assassin who goes rogue and turns into a force for good and lets them start anew with 13 years of social progress behind it.

Black Widow did well enough to justify a sequel despite a year away from theaters and a convoluted release. Whether that sequel is about Natasha or her sister, however, remains to be seen. Some could See Pugh’s heel-turn from her former role as a meta-commentary on the MCU women who now get benefits that Johansson never got until this year. That, alone, could justify Black Widow’s existence as an interquel that does little to address the MCU at large.

Pugh is, arguably, within the same realm of fame and success as Johansson was at a similar age. Still in her early twenties, she’s roughly the same age, similarly acclaimed, and shows no signs of fading into oblivion. Unlike Natasha, who had to go through several layers of the male director gaze before breaking out and doing her own thing, Yelena gets to riff off what failed while bearing the fruits of Marvel’s trial and error.

Yelena isn’t a profoundly feminine character. While Johansson’s signature sex appeal was front and center the second from the second she first appeared on-screen. Pugh didn’t need prolonged shots of her body and a team of men fighting after her to gain her power over the male gaze. She had to get away from the people who forced her into that role.

Nobody goes to Black Widow expecting a scathing social meta-commentary, and even as I write this, I’m well aware that most of this is likely happy coincidence with, perhaps, a seed of truth hidden inside. The fact remains that Yelena Belova might be the first supporting female character to get the Tom Holland path to stardom. Pugh’s future remains largely unknown regarding the MCU, but few besides Ed Norton latch on to such a juicy role without the intent of making it their own. The MCU, for all its faults, has made superstars out of stars and made superstars only more beloved in one or two appearances.

If Johansson is done with the MCU, she leaves behind the blueprint, good and bad, for how Marvel got to Captain Marvel and beyond. Now, the next generation of female heroes is shaping up not only with Yelena but The Wasp, Monica Rambeau, a return from Portman’s Jane, and a growing roster of ass-kicking women who are ready to fix a problem that goes far beyond the MCU at large.