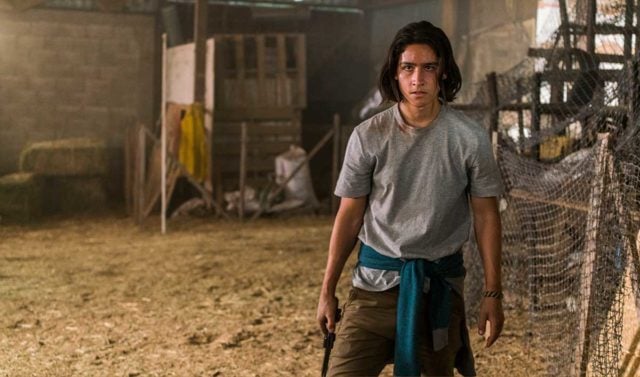 When it comes to types of genres that have taken television and film stories by storm, there would be the rapidly expanding reality television market and then in second place would likely be the zombie apocalypse storyline. There is no shortage of stories about zombies on television and in the movies. Just when you thought there is absolutely nowhere that they can possibly go that hasn’t already been visited, they come up with something new. The latest zombie phenomenon on television is Fear of the Walking Dead. We are rapidly learning that there are so many different backdrops that can provide sensational plots to a story surrounding the living dead.

One of the reasons that Fear of the Walking Dead is doing so well is the casting for the series is excellent, and one person who definitely deserves honorable mention is Lorenzo James Henrie. While fans have become quite acquainted with him on the show, here are a few things that should bring even greater clarity.

1. He Truly Embraces His Character on the Show

Lorenzo plays Chris Manawa on the show, and the backdrop to Chris’ story runs pretty deep. It is a story that an increasing number of teens and young adults can relate to. His parents have divorced and his father, who was his hero, is beginning to show kinks in his armor. Simply put, Chris is discovering that his father is human and he has flaws. So, Chris is a teen that has been wounded by this sense of betrayal and abandonment — making him immensely angry at both parents.

2. His Depth is Played Out in His Role

It is difficult for an individual who does not have any depth to become a good actor because acting requires depth. No character or storyline exists within the vacuum of its theme. It is often the underlying stories and issues that provide the substance that makes the storyline believable and enjoyable for the audience, and it is the complex nature that lies within Lorenzo that comes out in Chris during the shooting of each scene. He literally relishes the opportunity to peel back his own layers so that Chris can breathe.

3. Lorenzo is Able to See Beyond the Surface

One of the most important elements of acting is the ability to connect with your character in order to give it life and make it real to the public. Lorenzo has an uncanny ability to do that at such an early stage in his life. What he loves about the character he plays in Fear of the Walking Dead are the flaws and the unpredictability. The characters in this show reflect real life; the show does not exist in a vacuum. Because the show is still being written, Lorenzo is very excited to see where the characters end up on their journey.

4. He is a Typical Male in Many Ways

One thing that most women will agree on is the fact that men have an insatiable need to fix things. It is what makes a man a man. From the most simple of issues like a leaky faucet to the more complex issues like the end of the world, men always believe that they have the answers. Lorenzo admits that he has that same urge to always want to find the answer to every enigmatic equation that he encounters. He reveals that it takes a certain level of self-control to only be a listener, as is what is sometimes required.

5. Lorenzo is Enamored with the Transparency of the Show

Lorenzo says that at the surface we are a population of broken people with flaws. Often times it takes monumental challenges to drive us beyond those flaws to find a place of commonality so that we can coexist and work together, and that is what Fear of the Walking Dead is about — two broken families that don’t like each other that are forced to work together to survive the apocalypse. Watching this story play is literally refreshing for Lorenzo