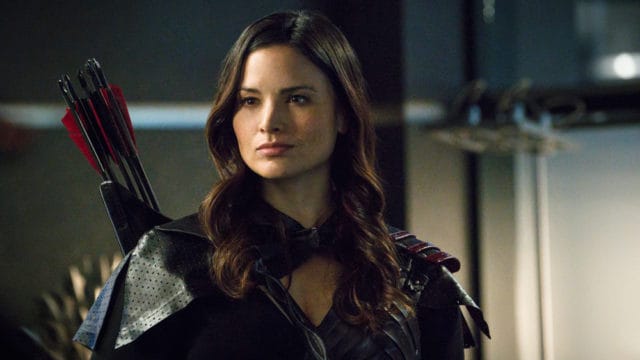 Katrina Law is an actress who was born on September 30, 1985, in Philadelphia, Pennsylvania. However, she was raised in South Jersey. She began her career as an actress in 2000 and is now a successful actress in both film and television. She is best-known for playing Mira in ‘Spartacus: Blood and Sand’ and ‘Spartacus: Vengeance’. Both these series are aired on Starz. She is also known for playing Nyssa al Ghul in the series ‘Arrow’. In 2017, she played the lead role of Detective Rebecca Lee in the CBS television series ‘Training Day’ alongside Justin Cromwell and the late Bill Paxton for 13 episodes. Here are five more things you might not know about Katrina Law.

1. She Had Many Interests in High School

While at high school, Katrina Law demonstrated talent in many different fields. Her mother always encouraged her to take part in extracurricular activities. Just some of these included martial arts, voice coaching, gymnastics, and dance classes. At school she was in the Varsity Cheerleading Squad and showed talent in a variety of sports, such as weightlifting, soccer, and track events. Interestingly, Law is a black belt in karate. Also while at school, Katrina Law won the title of Miss New Jersey Teen, which led to her representing the states in the televised finals, and she was a member of The National Honors Society.

2. She Has a Theater Degree

After leaving high school, Katrina Law attended The Richard Stockton College of New Jersey and studied for a theatre degree. After obtaining her degree, she continued her education in acting in both New York and Philadelphia. This helped her to develop her skills in acting as an art form and also helped her to develop a greater understanding of acting as a business. This has contributed to her going on to establish a successful career in the industry.

3. She is of Mixed Heritage

Many people have described Katrina Law as looking ‘exotic’ and one of the most common questions she has asked is about her heritage as this is something her fans have found interesting. She actually has a mixed cultural heritage. While her father is a Catholic man of Italian and German descent, her mother is a Buddhist Taiwanese. Her parents met during the Vietnam War. Her father was in the United States armed forces and her mother was a bartender.

4. She is Married to Keith Andreen

Law has been married to Keith Andreen since January 5, 2013. Andreen is an actor, writer, and filmmaker. He was born in Tulsa, Oklahoma, on August 24, 1974. He is best-known for his work on ‘The Resistance’, ‘Death Valley’, and ‘Death Wars’. The couple worked together on ‘Death Valley’.

5. She was in ‘Darkness Rising’

Katrina Law has had roles in many films during her career. Some of these include ‘Death Valley’, ‘Checkmate’, ‘Emmett’s Mark’, and ‘Stiletto’. She also played Izzy in the 2017 film ‘Darkness Rising’. This supernatural horror film was written by Vikram Weet and directed by Austin Reading. It also starred Tara Holt, Heather Mazur, and Ted Raimi.