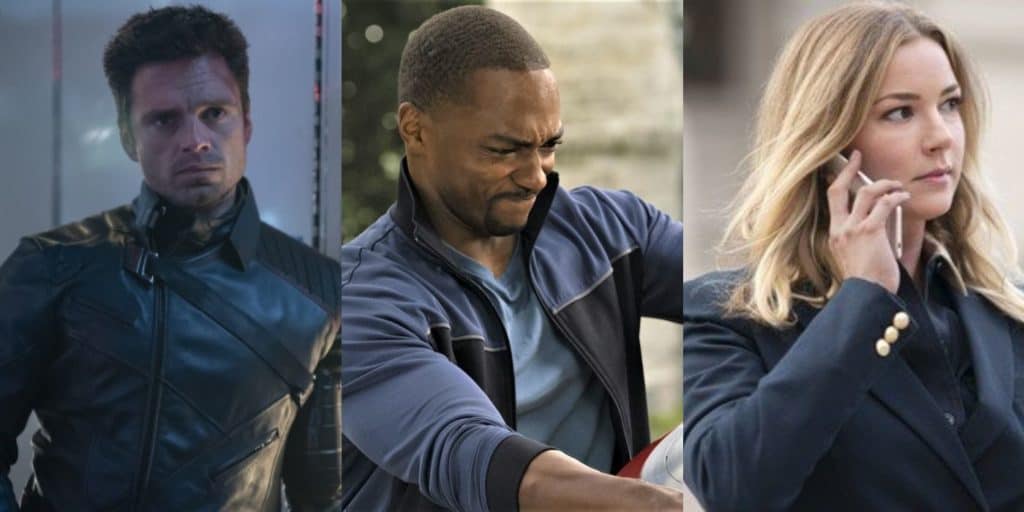 It’s very possible that some of these questions might have been answered in a few different ways, but until there’s a definitive answer that’s seen all over the internet it kind of feels as though nothing has really been decided. If the MCU makes it known that answers to these questions are cut and dried and stamped in concrete then obviously it’s time to stop asking and move onto other lines of questioning since there are still plenty of queries to be made concerning many movies and Easter eggs that have been seen throughout the history of the MCU, and there are bound to be even more as the franchise keeps rolling along. As far as The Falcon and The Winter Soldier goes though, there are plenty of questions that were definitely brought up but never answered in such a definitive way that a person can feel confident about after the first season wrapped up. One thing is clear, the new Captain America is fully set and ready to browbeat politicians into submission and the government is just as ineffective as the program wanted it to appear.

Here are a few questions that The Falcon and The Winter Soldier didn’t really answer.

The answer to this that many people would probably want to hear is no since the guy is primed to become US Agent, who’s been a hero in the comics and is, therefore, kind of above suspicion according to many people since he’s been an Avenger and he’s been doing his best to stomp villains throughout his career. But as it’s been shown in the program his temper is rather volatile, and trying to trust him to do the right thing without escalating things to a level that’s not needed at any given moment is like asking a stick of TNT not to explode once the fuse has been lit. If he does turn out to be a villain it will be a twist, but not a big one.

If this answer was given then it was during a moment when a lot of people weren’t listening since this question is still floating around out there, and the fact that there’s going to be a fourth Captain America movie, as the rumor goes, makes it clear that we might see him again. But then again, it might be in flashbacks since it’s fair to say that if Chris Evans does come back it feels likely that he’ll be back via the multiverse, somehow, or will be shown in a previous adventure, since the continuity is fairly important in the MCU and screwing around with Captain America’s story might not make a lot of fans happy.

3. What is Baron Zemo’s endgame?

Obviously Zemo’s butler took care of the incarcerated Flag Smashers, but it doesn’t appear as though Zemo is really languishing in his cell located on the Raft. There’s something else there, since not only is Zemo an expert tactician, he’s also someone that’s undeniably patient and can figure things out in a manner that will greatly confuse those around him. It’s a little irritating to think that the actual capabilities of some characters have been dampened while the less than stellar qualities of others have been elevated to such great levels. It does feel as though Zemo has another plan or two in mind that he might attempt to bring to fruition if he’s kept within the MCU.

2. Are the Flag Smashers gone for good, or will they bide their time?

The mere fact that one of the cops muttered their saying to the Flag Smashers before their ride became a fiery inferno makes it clear that the Flag Smashers might not be entirely out of the picture since it’s very possible that there are sleeper cells threaded throughout society just waiting to be activated. Now that Karli and her people are dead it might be feasible to keep the Flag Smashers as a group waiting in the wings to swoop in and do some damage, but it could also be that while they aren’t gone completely they’re rudderless without a leader and the super-soldiers that were so effective.

1. Is Sharon Carter really a villain?

This is definitely a question that needs an answer and one of those that people have already been theorizing about since it’s one of those that could have huge implications moving forward in the MCU. It’s very fair to say that Sharon’s country did her a great disservice by turning on her and forcing Carter to make a run for it and hide out for a while. But in the process, it also feels that she might think that the USA owes her and is now going to pay whether they like it or not. The position she now holds and the power she has could become a huge problem down the line.

Once these questions get answered it feels as though things will open up a bit more.