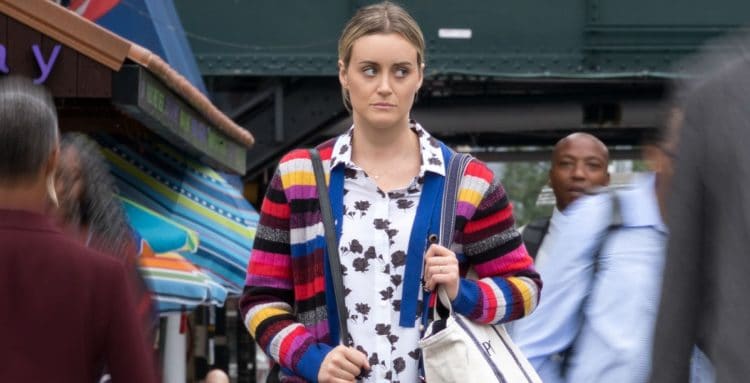 Orange Is The New Black has come a long, LONG way from its first season when Piper was just a scared woman swimming in a sea of convicts that would be just as likely to take advantage of her as they were to look at her. As it is now she’s a much more confident individual than she ever was though there’s still a few issues to be hammered out now and gain since things aren’t ever going to be the same as they were back in the day. With new cast members and new story lines to follow the show has to keep evolving even as people are being reminded that it’s not a happily ever after kind of program and things won’t always work out the way that fans want them to. Back in the first season it was kind of inconceivable to believe that even half of the things that have happened now would have been possible. But as the show keeps moving on we’re being reminded that when it comes to prison shows there’s a lot that can happen that you simply don’t expect.

Here are a few predictions for season 7 that may or may not pan out.

5. Daya will die of an overdose.

For a long time now Daya has kind of been a character that a lot of people watch because she seems as though she’s hanging on by a thread some days and is completely fine the next. There’s no real way to gauge just how this woman is going to behave sometimes but it does seem as though she’s the type to look for a way to just let everything go now and again. It’s kind of a hope that this doesn’t happen since it’s among the worst-case scenarios that might occur, but there’s always the threat of something in prison breaking a person and there’s not a lot to say which direction it will be coming from.

4. Piper and Larry aren’t done with each other yet.

With the idea to write a book about her experiences in prison it would seem that Piper might turn to Larry for a bit of help. In terms of romantic feelings there’s not much, if anything, left between them. But it could be that they’re not entirely finished with each other yet since they still might be of use to each other in some manner, though it would seem that Piper would make use of Larry more than anything. It could happen, but it could be that he’ll simply congratulate her on the idea of creating a book and that will be it. Given how this show works though it seems like it will be a lot more involved.

3. We could see Piper shacking up with her brother.

She really doesn’t have anywhere to go and at this point it does kind of seem as though Piper would be grateful just to have a place to lay her head and call it good for a little while. It’s assumed that she’ll do her best to get back on her feet and moving forward since rooming with her brother and his wife doesn’t seem too promising, but at the same time it could make for an interesting part of the show. Just thinking in terms of the dynamics between Piper and her brother is enough to think that an episode or two could fixate on what she’s going through in trying to find her own place and what might happen while she’s shacking up at his place.

Alex existing in prison without Piper seems kind of odd since they were together for a while and it seems as though she might be a lot harder without someone there to help keep her in check now and again. But don’t count her out, Alex has proven that she’s got the mental stability she needs to make certain that everyone around her knows that she’s tough enough to make it on her own. Of course taking on the role of a boss is no doubt going to lead to added time eventually and a very hardened attitude that will keep her from being the same person that we remember from earlier in the series.

1. Piper and Polly will reconcile.

This seems like it might actually anger some fans as Meghan Demaria from PopSugar does remind us that Polly did kind of steal away Piper’s husband despite the fact that she and Larry were bound to be quits anyway. Honestly though it does seem like it would put an interesting spin on the story, just enough that it would make things seem a little less hostile in every direction and a little more hopeful in a washed out, kind of tired manner that would be more comfort than hope.

Some of these might come to pass, but we’ll have to wait and see just what happens.